Experience key for Hargrave and Girardeau 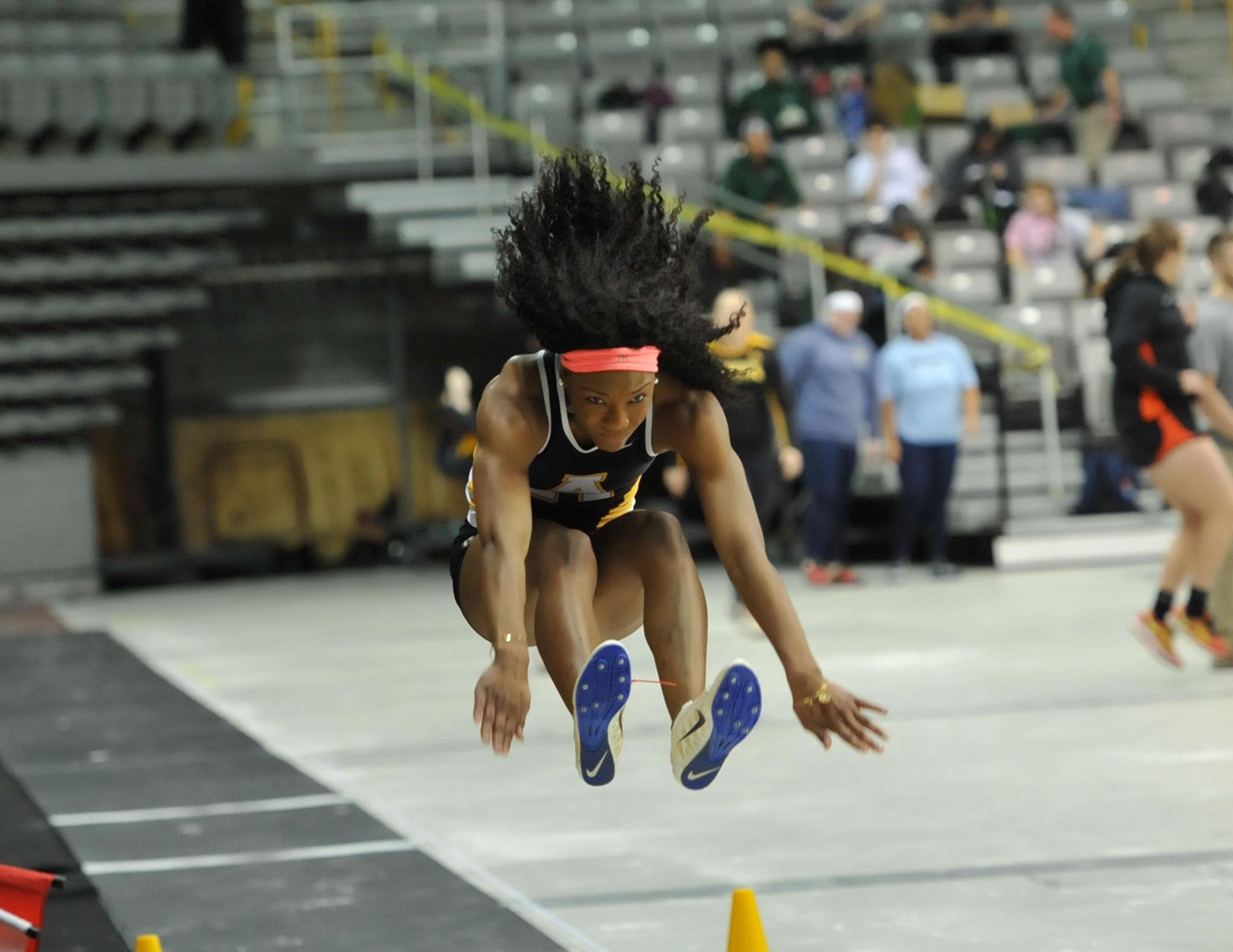 The Mountaineers women’s indoor track and field team have completed their season with a third place finish at the Sun Belt conference championships and now shift their focus towards the outdoor season.

This year, a lot of senior student-athletes who helped the Mountaineers to an indoor title last season and third place finish this season, are competing for their final time for App State. Head Coach John Weaver said he is constantly looking towards that experience to push the rest of the team.

“I think in a perfect world they’re the ones that have to motivate the other ones and that’s what we’re counting on,” Weaver said.

One of those seniors who is constantly pushing everyone to get better is sprinter and jumper Darlene Girardeau. On her own, Girardeau managed to scatter herself across the leaderboards last year to help bring in a plethora of points for App State.

Girardeau embraces the leadership role that she has been given, but understands that after she graduates, she won’t be there as a source of motivation anymore. She knows that the team will not be hers any longer.

“I stay connected with my teammates and let them know this is their baby,” Girardeau said.  “I’m gone, so jump better than me, run faster than me and it’s gonna be in your hands when I’m gone.”

Junior jumper Chelsey Hargrave has certainly taken that advice to heart this season. After placing 10 times in the top-10 last year, fourth in the triple jump at 40-4 ¾ and third in the long jump at 19-1 ¼ at the SBC Championship last year, very few knew what the ceiling was for her this time around.

Hargrave doesn’t see it that way. She focuses more on what she used to do rather than what she is continuing to do each and every meet.

Coming into Appalachian State her freshman year, she considers it to be a bit of, “a downer.”

“You go from being at the top of the state to everyone else being better than you,” Hargrave said. “I had to regain my popularity and being back at the best.”

That is something she has certainly excelled at this season. In multiple occurrences, Hargrave has managed top-three spots in both the long jump and triple jump. On top of finishing ahead, she also sketched her name into the Mountaineers history books this year.

Her most notable record was recorded while in Birmingham, Alabama for the Samford Open. Hargrave jumped a personal best in the triple jump of 40-9.75 (12.44m) to grab the triple jump crown.  This put her ninth all-time and recorded her second all-time top-ten performance for the year.

Speaking on her career as a whole while at Appalachian State, Hargrave noted how fast her time has gone by and the amount she has been able to accomplish so far.

“It does get a little difficult at times but I would say the journey is very rewarding,” Hargrave said. “It’s definitely gone by really fast, I didn’t think my progress would be where it is now.”

Progress, Hargrave acknowledged, that is still happening.  Her goal for the end of this season is to finally hit 20 feet in long jump and especially 41 feet in triple jump this year.  She is looking to the championships this year to finally hit that mark.

The finale of the season is all about the leadership and motivation from the upperclassmen according to Coach Weaver.

“If they’re  motivated to not only do well themselves but have a real strong team presence then things work out very well,” Weaver said.

Girardeau and Hargrave described the season as a progress.

“It’s all about believing in the progress and being patient,” Girardeau said. “I think were gonna get a lot of points and hopefully it’s the same throughout the whole team and we can win it again.”

The Mountaineers were staying just above water in second place after day one of the indoor championships with outstanding results from their star athletes. Day two was just as satisfying as both Hargrave and Girardeau managed personal bests in their events.

In the triple jump, Hargrave leaped a personal-best of 41-2.25 (12.55m) and landed in third place taking home the bronze medal.  This jump tied Kaytlyn Gill on the all-times list as the seventh-best jump in indoor history.

The Black and Gold fell to third place on the final day of the Sun Belt Indoor Track and Field Championships with 98 team points.  Texas-Arlington managed to one up the Mountaineers and grab second place with 99 points while Texas State soared past the competition with 166 points.