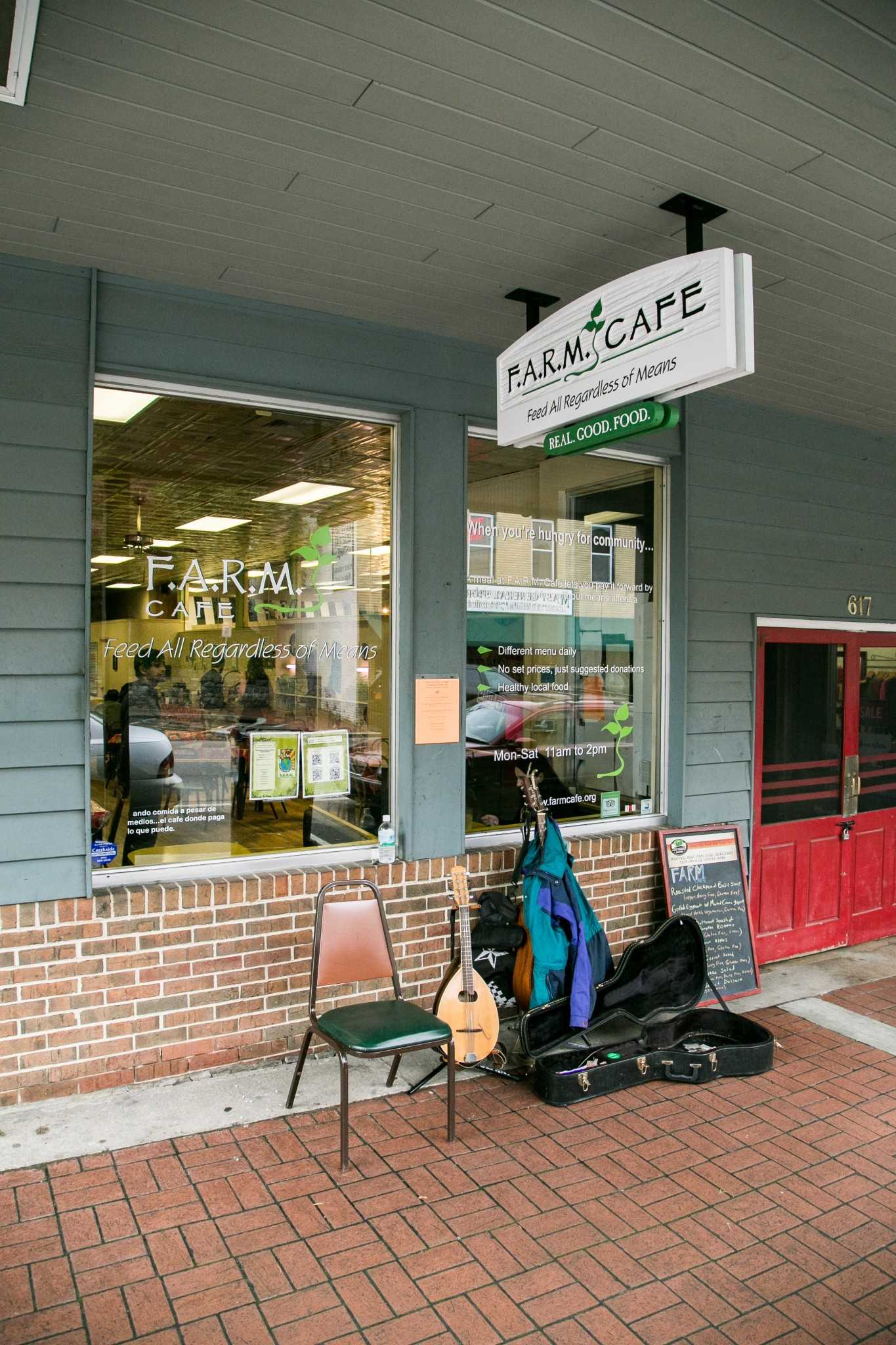 Photo by Sarah Weiffenbach | The Appalachian

The F.A.R.M. Cafe, located on King Street, is starting a monthly event inspired by TED Talks in hopes of bringing the community together.

F.A.C.E.S., or Food, Agriculture, Community, Economy and Spiritually, is the mission of the monthly event, which is meant to bring people together to experience the F.A.R.M. Cafe and its food, while also allowing for an open space where people can express themselves and get together.

The F.A.R.M. Cafe serves lunch Monday through Saturday from 11 a.m. to 2 p.m. F.A.C.E.S. will be an opportunity for Boone residents and other community members to get together at the Cafe for dinner.

“One purpose of the meeting is to introduce the community cafe, so people can see how good the food is and so they can realize it may be a place they would like to have a meal,” said Renee Boughman, F.A.R.M. Cafe’s executive chef. “The other idea was to bring people together in the community for an event that is not splintered.”

Concerning the event not being “splintered,” Boughman said she meant the monthly event is not associated with a certain group.

“If you go to a lecture series it is usually associated with something,” Boughman said. “But this is an event where folks could cross over into different areas – anyone can submit an idea.”

The first meeting will be Oct. 2, and the discussion, lead by Boughman, has the topic of the “One World Everybody Eats” movement. The F.A.R.M. Cafe is based upon this movement, which is dedicated to fighting hunger.

“The movement created this type of system where people are allowed to pay what they think the food is worth or based on financial ability,” Boughman said.

Another option for a dinner at the cafe, beside paying the suggested donation or paying based on personal financial ability, is to volunteer for the meal.

Perhaps the most well-known establishment that is part of the “One World Everybody Eats Movement” is the Soul Kitchen, located in New Jersey and run by the Jon Bon Jovi Soul Foundation.

The second monthly meeting, which is Nov. 6, will be about mental health, said F.A.R.M. Cafe intern Elizabeth Aultice.

“We’re looking right now at more of a panel discussion, most likely, with some private providers and possibly someone from the counseling center or a faculty member from ASU, and someone from other places,” Aultice said. “Dec. 4 is going to be about local businesses and their involvement in non-profits in the area.”

Boughman said she hopes the attendance for the first gathering will be about 35 or 40, but that anyone is welcome and she will be grateful for whatever the turnout may be.

Aultice said the cafe usually sees around 60 to 80 people per day, while Boughman said about 10 to 15 percent of the customers pay less than the suggested amount or volunteer in exchange for their meal.

“I want people to understand that it’s a place for a good meal, but I also want them to appreciate that we have the mission to feed those with less means,” Boughman said. “In an ideal world, you wouldn’t even need the F.A.R.M. Cafe and the folks we do feed are evidence of that.”