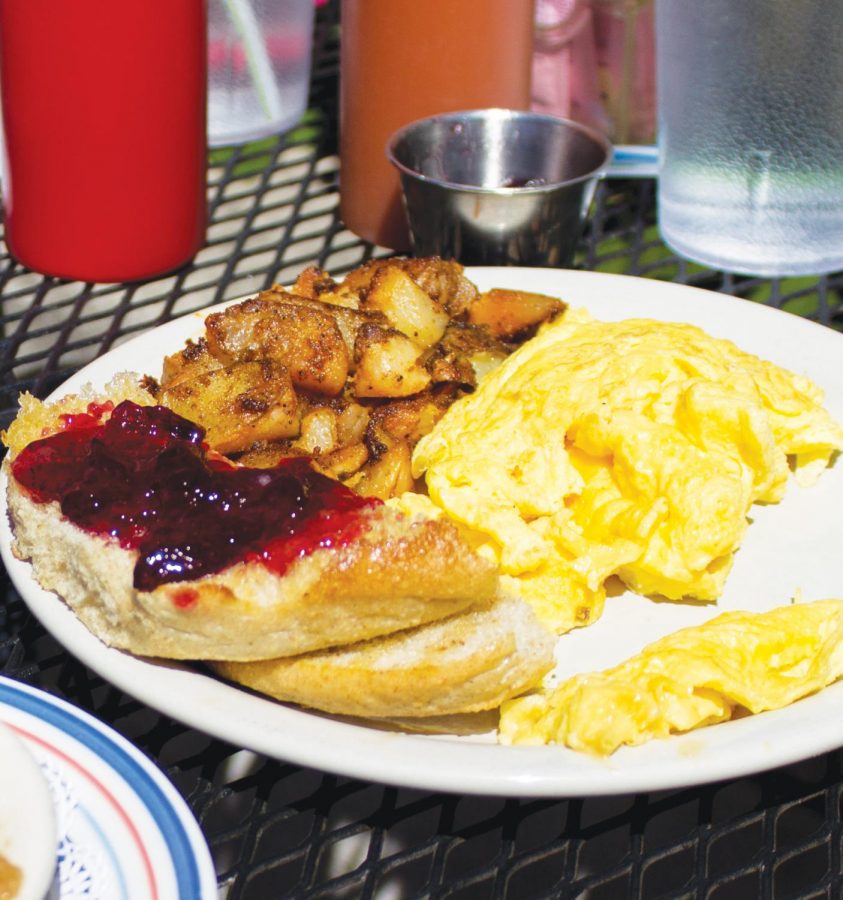 A breakfast dish from Melanie's Food Fantasy. Melanie's prides itself on using as much local produce as possible, even in the Winter. Courtesy of Dallas Linger.

For restaurants committed to sourcing food from local farmers and suppliers, cold winters in the High Country can present certain challenges.

These restaurants support the farm-to-table social movement that promotes the economic and sustainable benefits of serving and eating locally grown food. However, some produce cannot thrive in colder weather, making it difficult for select menu items to stay local.

Melanie’s Food Fantasy is a farm-to-table restaurant located on King Street, which former owner Melanie Patterson opened in 1991. Melanie’s was Boone’s first vegetarian restaurant and stood out during an era when vegetarian-based diets were not as common.

To general manager Paul Tuttle, who has owned Melanie’s with Mindy Coatney since 2010, farm-to-table means having as many locally produced menu items as possible and maintaining close relationships with food suppliers.

“This time of year, I mainly focus on my local tempeh, sausage, hamburgers and eggs,” Tuttle said. “My pigs come from the farm behind my house. My dogs are barking at her pigs all the time.”

The farm behind Tuttle’s house is called Never Ending Farm and is owned by Melinda Brown, who sold Tuttle the house he lives in.

Tuttle said his year-round lettuce supplier is Mountain Wise Farm in Zionville, which grows its lettuce in greenhouses.

“(Hoskinson) works here on the line, and he used to be the kitchen manager here five or six years ago,” Tuttle said.

Although Tuttle can get lettuce from his supplier all year, he has to look outside of state borders to supply other produce during the winter.

Tuttle said outsourcing produce means depending on bigger, unsustainable farms, which is something he tries to avoid.

Tuttle focuses on serving fruit that is in season.

F.A.R.M. Cafe on King Street is also a farm-to-table restaurant, committed to serving local food, even through the winter.

F.A.R.M. Cafe program director Elena Dalton said the restaurant has more difficulty having locally grown food on the menu in the winter.

“There are only a few farmers that can grow through the winter, so our sourcing is seasonal. We can definitely source more from local producers in the summertime than the winter,” Dalton said. “We can mostly source meats, greens and cold weather crops. We just live in a harsh weather environment.”

Once a month, the cafe invites one of its food producers to the restaurant and only features ingredients grown on their farm on the menu.

“Last month it was Heritage Homestead—it’s really great, she brought samples of her goat cheese. Everything on the menu featured something from her farm,” Dalton said. “That gives us the opportunity to connect the farmer with consumers and gives the farmer the opportunity to see people enjoying the food that they’ve worked so hard to grow.”

High Country Local First is a nonprofit organization that advocates for supporting local farm-to-table businesses and boosting the local economy.

Ian Nabors is the new Local First executive director and oversees communicating to consumers the importance of spending their money at farm-to-table restaurants.

“Farm-to-table offers economic benefits by keeping money in the community from one small business to the next. Customers can get to know where their food is coming from and become familiar with local growers they know and trust,” Nabors said. “There are also great sustainable benefits to using locally grown food in restaurants, the big one being the fact that food travels less distance, which reduces emissions.”

Nabors said during the winter months, the nonprofit focuses on planning and content creation in preparation for the next growing season.