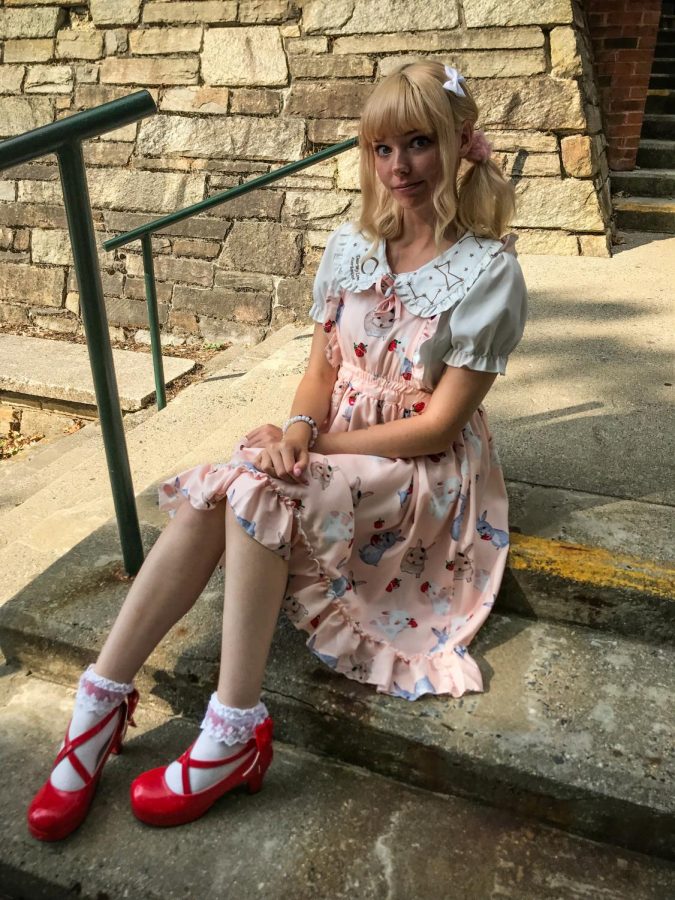 Felix Noel, a senior East Asian language and culture major, challenges gender presentation in their fashion as an inspiration for queer community and cosplay fans.

Noel said they refused to wear pink growing up, but after coming to college, they realized their love for femme fashion. It is often associated with cisgender women, but in Noel’s case, it is about correlation, not identification.

“Presentation doesn’t have to immediately correlate to your actual identity. I think there is a big expectation in trans circles to perform your gender, or you’re faking it,” Noel said.

Even though their style is inspired by Lolita and Harajuku, Noel doesn’t conform to binary fashion norms.

Harajuku is a neighborhood in Tokyo known for its unique street style outfits. Harajuku has a mix of styles like Lolita, a Japanese style influenced by Victorian children’s clothes, and cosplay, a performance-style fashion inspired by fictional characters.

“I love the sense of trying to put your best stuff out there for recognition. That’s where a lot of stuff like Lolita experiments with fashion in ways that make you happy,” Noel said.

Noel said they started cosplaying feminine characters in 2013 and have performed characters such as D.Va from the video game, “Overwatch,” and Chika Takami from the Japanese TV show “Love Live!”

Noel said their goal as an East Asian studies major is to respectfully immerse themself in Japanese culture.

“When you’re in the (fashion) industry, somebody else in the industry will pick up on that. Whereas, traditional styles have cultural significance,” Noel said.

Though some people question their look, Noel said they feel confident in their outfits because they’re educated on Japenese culture, and they’re proud of the items they own.

“I’m making this my own; it isn’t for other people,” Noel said. “This is already part of my established aesthetic, and the idea that I’m doing this for anyone else is such a wild assertion to me.”