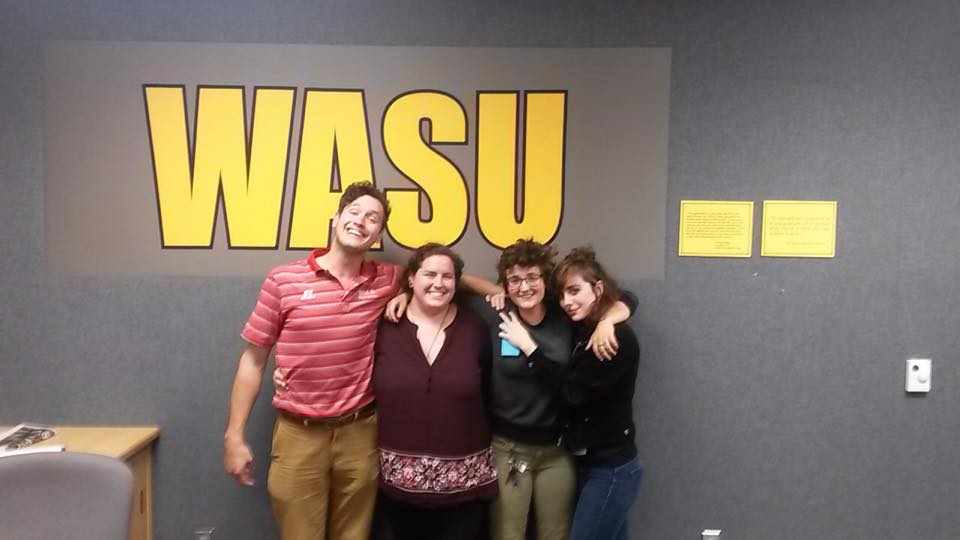 On Saturdays at 8 p.m., WASU will now feature ‘FEM’ Radio, a weekly broadcast dedicated to discussion on race and gender minority issues through female-led discussion.

Students Elizabeth Prier and Kaitlin Stone started the project in response to the lack of space for minority voices on campus and in broadcasting statewide.

“[‘FEM’] began as a response to a radio station outside of Greensboro, Clemmons, called 105.7 ‘Man Up,’” Stone said. “It’s a very misogynistic station, and rarely features female artists. I was already wondering how I could incorporate activism into my work at Appalachian, and I had a moment where I knew I had to create a radio show talking about gender and sexual minorities.”

“I reached out to Desiree Peters and Clark Covolo and I asked them to come on the show,” said Prier, “and it was a very good dynamic between someone a part of the Greek and someone apart of the activist community.”

Covolo said the session was productive to establishing dialogue between two communities with existing tension.

“We talked a little bit about Alpha [Sigma Pi] trying to take part in the Red Flag Campaign last year,” said Covolo, “and the fire that some activists fell under for rejecting those advances. We discussed a balance between [Alpha Sigma Pi] needing to understand how to be a part of social justice discussions in a more effective way, and how the social just community can also take steps to welcome Greek communities.”

“For a first time, I think this went exceptionally well,” she said. “We need to be having these discussions and open dialogues. We held a discussion before getting on air about how fraternity members can get involved with feminism on campus, dismantling rape culture- just anything across the board.”

Stone reports both positive and “uncomfortable” receptions to the first broadcast.

During the show, other alumni called in to “show support the group holding important discussions,” Prier said.

“I was incredibly surprised by the amount of support we received,” she said. “An incredible amount of people called to say, ‘I wish this was happening while I was at Appalachian.”

For the future, Stone and Prier hope to reach out to App State alumni with broadcasting experience in order to establish the show further, and create an archive where the show can be heard after broadcast, said Prier.

“We’re trying to raise up the voices of people on campus who feel underrepresented,” said Stone, “but we’re just two people. Anyone who feels like they want to contact us, or feels they have a topic to bring on air, they are welcome to. We have so many topics and we want to cover them all. Please contact us and come on the show- let’s have a conversation about it.”