Following referendum, SGA will continue to work for 24/5 library 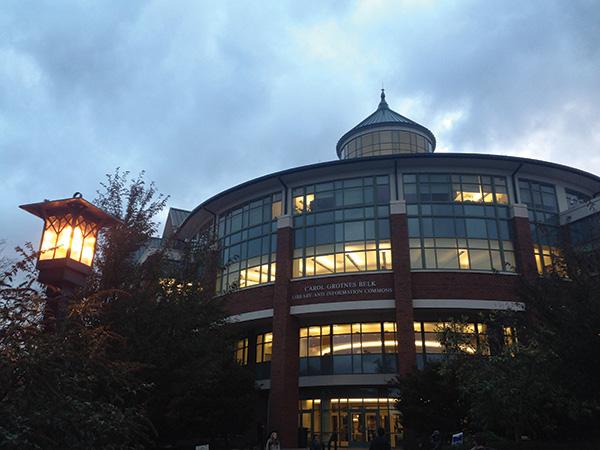 At the Student Government Association meeting Tuesday night, President Dylan Russell said he and his cabinet will continue to work for 24/5 access to the library and meet with the Board of Trustees next week.

A referendum was put out by SGA on Nov. 17 asking students if they would be in favor of a $10 increase to tuition in order to fund keeping Belk Library open 24 hours a day for five days a week.

Voting on the referendum closed Nov. 26 with 88 percent of the students that voted, voting favorably for the $10 fee increase, and therefore passing the referendum.

Fourteen percent of the student body voted on the referendum. Russell said graduate students were not able to vote.

He said that the association has met with Academic Affairs, Provost Lori Gonzalez and Chancellor Kenneth Peacock to speak with them about the outcome of the referendum.

“First, we will seek for the administration to restore 24/5 to the students without the increase in tuition and fees, however, the referendum states that students are willing to fund an increase in tuition and fees for the library,” Russell said. “If after our conversations with the administration they still have their concerns, we will then spend our time lobbying to the Board of Trustees.”

Russell said that students have paid an increase in tuition and fees to fund the 24/5 library service in the past. However, the money was reallocated due to the determined underutilization of the service.

Russell said that while he is campaigning for the library to be open 24 hours, five days a week, he is sensitive toward the 12 percent of those students who voted against the referendum.

“When I lobby with the administration, I want to first seek to remind them that the students are already paying for it and they owe it to the student body to restore the operational hours of the library without an additional increase,” Russell said. “However, if not, a majority of students voted for the increase, we will act off of that.”

SGA has been working toward reinstating the 24/5 library service since 2011 when the service was cut, according to an article published in The Appalachian on Nov. 21.

“The intent of student government is to persuade administrators that this service is something that students are asking for and are willing to fund it by instituting a fee that they themselves would pay,” Secrest said in the article. “With a referendum we can show administrators quantitative data of support for this service that many have missed these past few years.”