Football voted to top 25 for first time in history 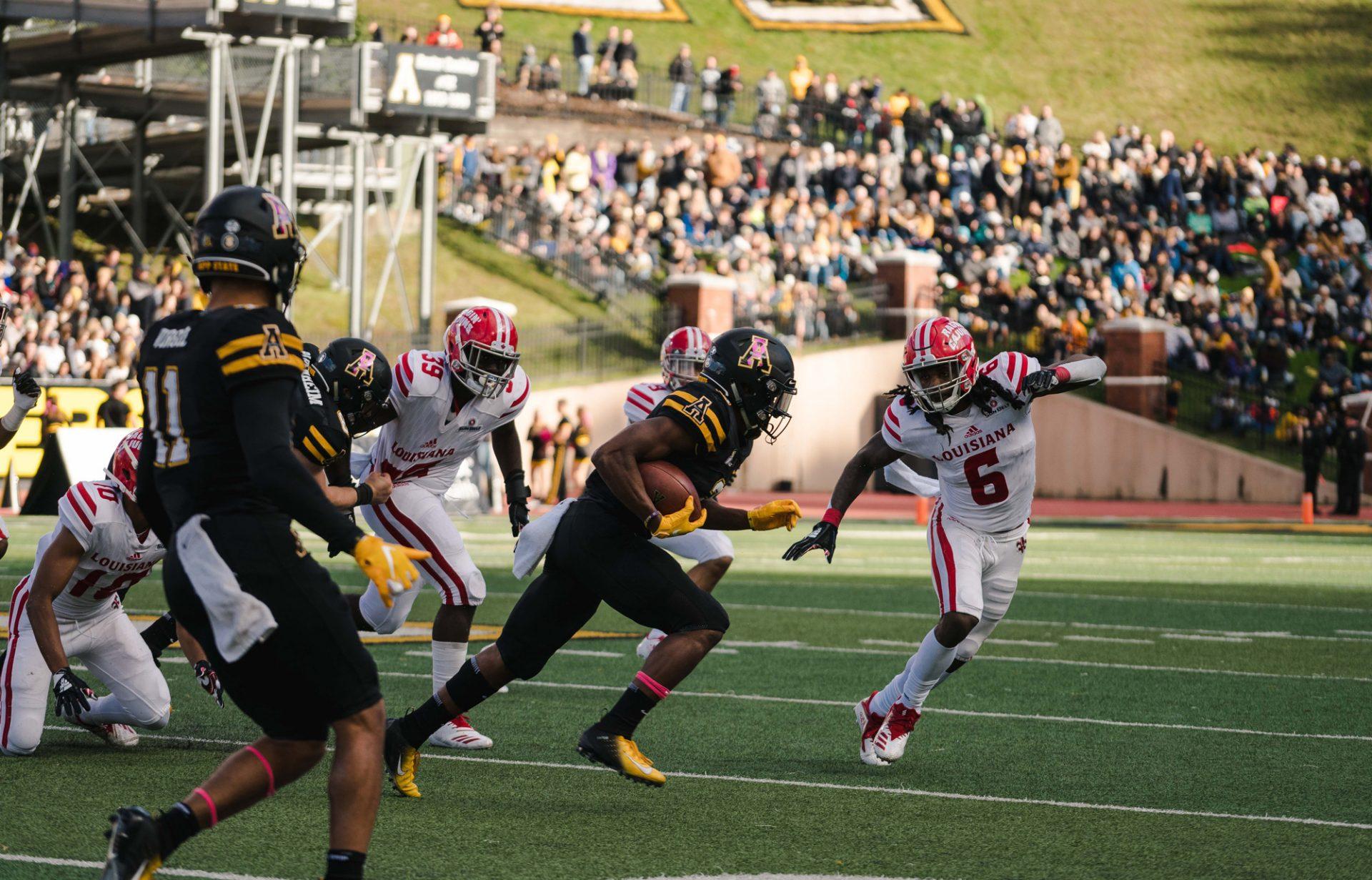 Redshirt sophomore running back Darrynton Evans shoots for a gap against Louisiana.

After receiving a school record 79 votes in the Associated Press Poll, the App State football team ranked among the top 25 teams in the country for the first time in school history, coming in at No. 25. Last week, they were unofficially ranked No. 29 after receiving 51 votes, a record at the time.

“It’s great recognition of the work that we’ve been doing here,” head coach Scott Satterfield said during his Oct. 22 teleconference. “I’m just really happy for our school, the alumni and all the people who have helped make this happen.”

The ranking comes after the Mountaineers’ 27-17 victory at home against the Louisiana Ragin’ Cajuns on Oct. 20. The ranking ties for the highest ever for a Sun Belt team after Troy’s appearance at No. 25 for one week during the 2016 season.

App State also received a school record of 78 votes in the Amway Coaches Poll, good for an unofficial No. 26 ranking. This is the first time App State has been ranked among the top 25 in a major poll since the first week of the 2013 season, when they were ranked No. 21 in The Sports Network Poll during their last season at the Football Championship Subdivision level.

The Mountaineers have won their last five games consecutively, outscoring their opponents by a score of 231-49. App State is currently top 10 in the nation in points per game (44.8), yards allowed per game (294.8) and is tied for first in special teams touchdowns with four. Going into last week, they were the only team in the country to appear in the top 11 for scoring offense, scoring defense, total offense and total defense simultaneously.

App State will defend their ranking Oct. 25 on the road against long-time rival Georgia Southern. To date, no Sun Belt team has stayed within the top 25 rankings for longer than one week, so the Mountaineers can make more history if they beat the Golden Eagles and stay in the rankings.

Only two other “Group of Five” teams are currently ranked, including the University of Central Florida Golden Knights, which went undefeated in 2017 and received the annual Group of Five bid to the College Football Playoff New Year’s Six bowls, taking down Auburn in the Chick-fil-A Peach Bowl.