Four men charged with attempted break in at Carolina West 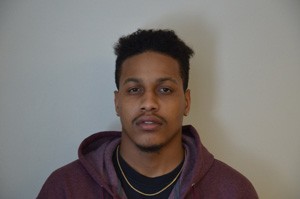 Four Greensboro residents were arrested and charged with felonies outside of a Carolina West wireless store after police responded to a report of suspicious activity.

Boone Police said that at approximately 4:30 a.m. on March 14 they responded to a suspicious vehicle call originating near the Carolina West Wireless store in Watauga Village. The Carolina West security officer who made the call allegedly saw two males behaving suspiciously nearby before making the call.

Officers arrived at the scene to find four males in a silver four door 2000 Volkswagen Passat parked behind the business.

After making contact, officers noticed several suspicious items in the car including pry bars, multiple pairs of gloves, a large saw and bandanas tied such that they could conceal their identity.

Police detained the men and began an investigation. They were interviewed at the Boone Police Department, after which they were arrested and taken before a magistrate at the Watauga County Magistrate’s Office.

The description of the men and the tools used were consistent with surveillance videos taken at other crime scene locations in North Carolina. Sergeant Shane Robbins, of the Boone Police Department, said that a definite link had not yet been established but investigations were still ongoing.

According to a press release from Boone Police, there have been burglaries of cellphone stores all over the state and they are teaming up with other agencies to identify if these are the perpetrators of other incidents.