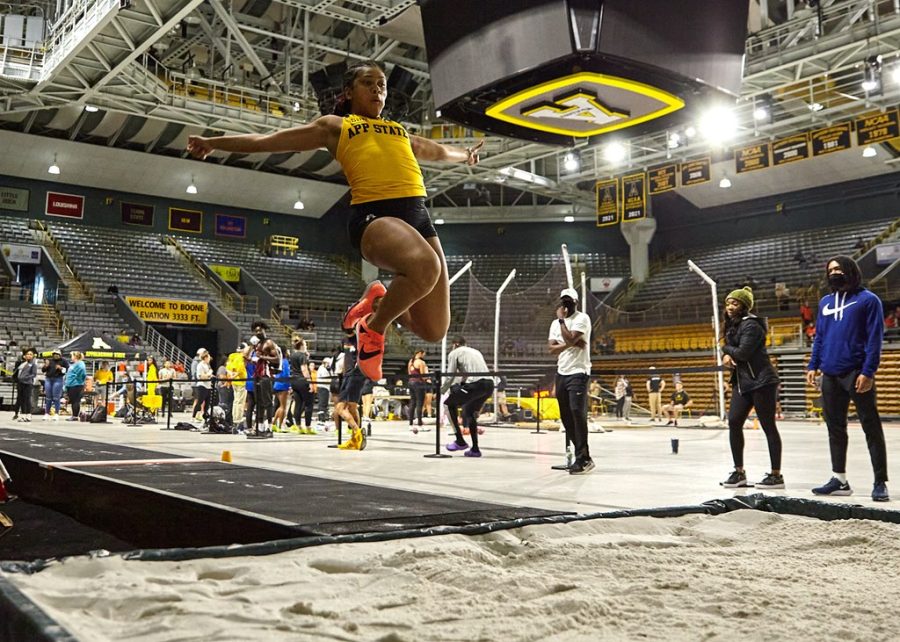 App State women’s track and field traveled to Tennessee for the East Tennessee State University Track and Field Invitational Jan. 14-15. The Mountaineers were successful at the second meet of the season, as four runners won their events.

“I was very pleased with most of the performance and going into the meet, I told the team we should be the dominant team. They stepped up and made it happen,” said head track and field coach Damion McLean in an email.

The Mountaineers had a strong presence in the 3,000 run. Junior Jasmine Donohue’s record of 10:12.99 helped her obtain second place. Senior and first team All-Sun Belt cross country runner Izzy Evely finished in fifth place with a 10:53.64 time. Freshman Kirstin Towle finished in quick succession in sixth place with her 10:55.61 time. Freshman Karsyn Kane finished in eighth place, and junior Madison Christy finished in ninth place to round out the top 10. They finished with times of 11:00.54 and 11:00.98, respectively.

Senior Kayla Carson bounded 1.6 meters in the high jump to earn second place. Senior Casey Meinert took second in the pole vault after soaring up 3.5 meters. In the one mile run, freshman Alexis Svoboda finished just outside the podium in fourth place with her 5:17.31 time.

Women’s track and field travel next to the University of South Carolina for the Carolina Challenge Jan. 21-22. McLean is hoping to continue this teams success into the Carolina

“Main goal is to have fun! Second, we want to win the championship. In order to win a championship, each individual needs to do their part successfully,” McLean said. “Get a few to the NCAA Championship in March and build off the indoor season going outdoors.”