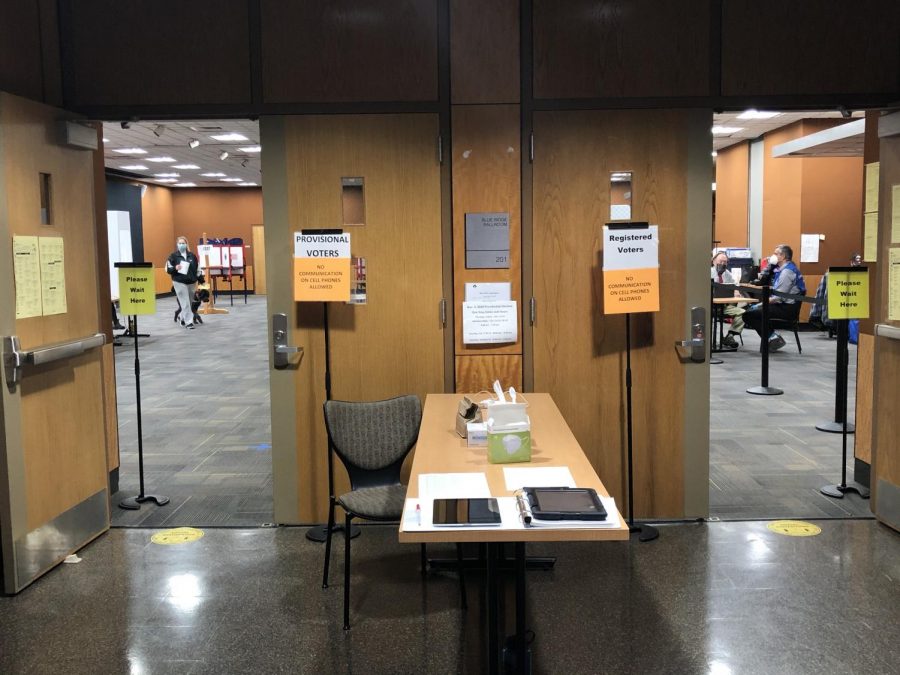 The App State early voting site on campus on Election. Four people were in line before polls opened at 6:30 a.m.

Election Day in North Carolina began as polls opened at 6:30 a.m. Two App State students were in line at the Plemmons Student Union 5 minutes early to cast their ballots.

Emma Crider, a junior sustainable development major, came early to avoid the lines that typically occur in the afternoon on Election Day.

“I’m so excited. I’m a little bit nervous,” Crider said. “I don’t know why I get nervous on Election Day, but it just is notorious for some reason.”

Crider also said she wanted to get “good energy” into the air to start the day.

Two other people were also in line before 6:30 a.m.

Casey Brown, a junior journalism major, came to the polls with Crider bright and early. Brown also said she is nervous.

“I’m nervous that we won’t even get the results today, to be honest, but I’m just I’m ready for it to be over,” Brown said.

Brown said she was nervous to see Washington, D.C. businesses boarding up windows in preparation for violence. She said she does not expect anything like that in Watauga County, but is still nervous.

App State chief of police Andy Stephenson said the department has more officers available this week, like most other departments.

The North Carolina State Board of Elections expects 97% of all ballots cast will be reported election night. Any votes that arrive after Election Day will be counted during the post-election canvass period.