A Fresh Start for Walters 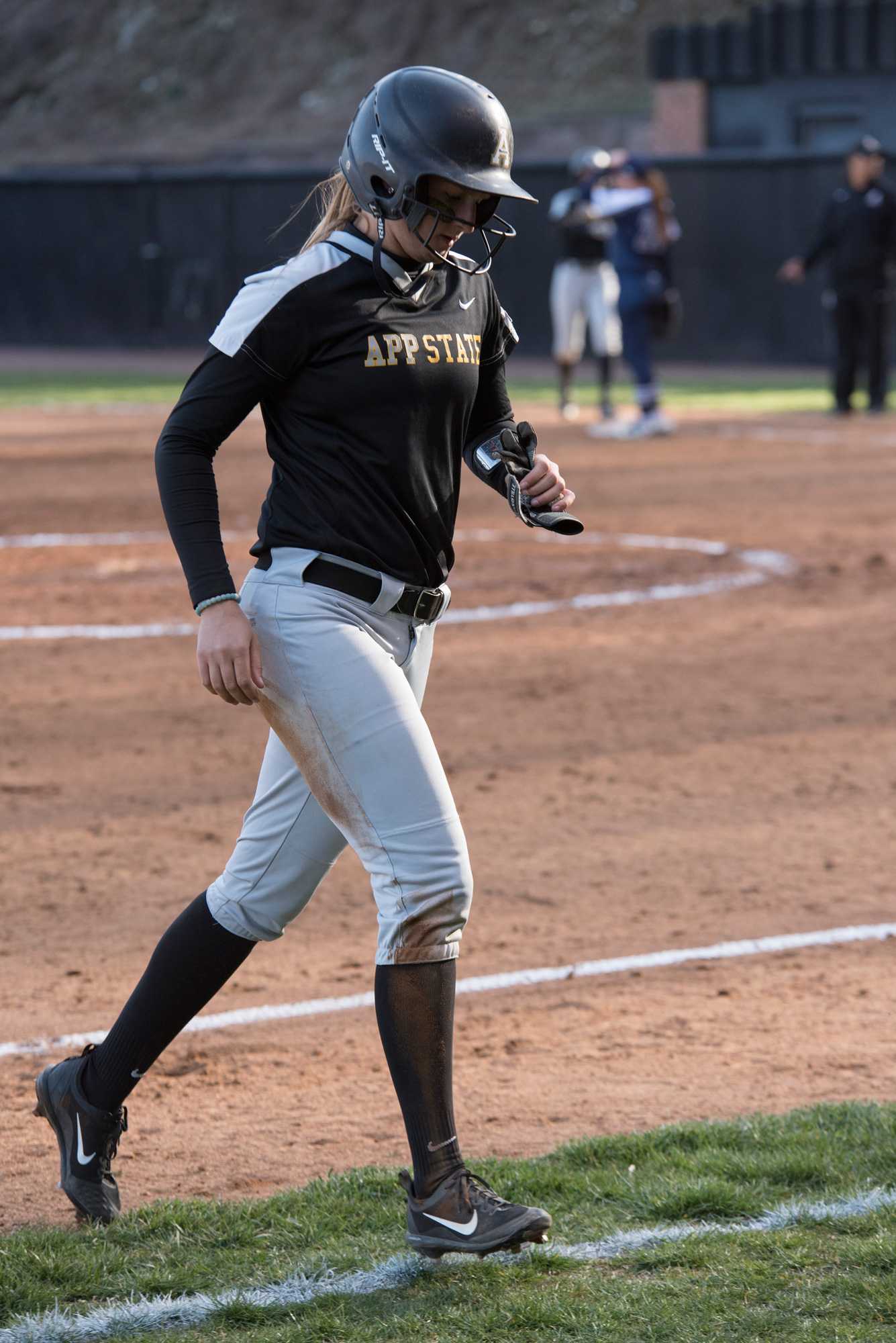 Junior Ally Walters gets out at second base during the double header against UNCG in 2017. Ally hit a grand slam during the second game giving the Mountaineers 4 runs in one inning.

While Appalachian State’s softball team is   transitioning to a new coach this year, they are hoping one thing will stay the same: the productivity of junior utility player Ally Walters.

Walters is a career .204 hitter with a total of 26 runs batted in (RBI) in just two seasons with the Mountaineers.

Being a junior, Walters has picked up a leadership role, whether that be softball related or school related.

“I try to help the younger players out as much as I can, off or on the field,” Walters said. “I am not the most vocal leader on my team, but I try to lead by example.”

For Walters, this season is different from the other two with the hiring of the new head coach Shelly Hoerner who previously coached at Georgia Tech.

“We are all learning because it is new to us,” Walters said. “It was different. You had to adjust to this coach’s mentality, and it has been a breath of fresh air.”

Hoerner has been impressed with Walters, and they seemed to hit it off from the very first interaction they had at a team picnic.

“She seemed really laid back and composed. She wasn’t too outgoing, but I have come to learn that is just her personality,” Hoerner said. “The first time I saw her actually practice I was impressed about how fundamental she was.”

Because of Walters’ laid back personality, Hoerner has been trying to get her to come out of her shell a little bit more.

“Our first outfielders practice I saw her going through the motions nonchalantly and with no emotions,” Hoerner said. “For me I am so intense, I just thought it was too laid back, and we have had a couple conversations about that.”

Walters is listed as a utility player, meaning she floats around from position to position to wherever Hoerner needs her to be.

“Right now for our team her strength for us is in the outfield, and she has done a terrific job improving in the outfield, such as tracking down balls,” Hoerner said. “Anytime during the season if I need her to play infield I know she can do it because she is so smooth at playing those positions.”

While she improved her batting average by 33 points from 2016 to 2017, Walters still wants to see improvements this season, and she believes she can take her game to the next level.

“During the offseason I focused primarily on my swing,” Walters said. “I made sure it was ready for the season by practicing my hitting on both sides of the plate.”

Teammates of Walters have seen her get better every year, and they are looking forward to seeing what her junior year has to offer.

“She looks more confident every year and you can tell that by the way she swings the bat,” senior utility player Heather Josey said. “When Ally gets on one of those hitting streaks, it’s fun just to sit back and watch her at the plate.”

Most players drive themselves crazy trying to be perfect at every aspect of their game and for Walters this sometimes can get in her way.

“Ally is definitely a perfectionist at the plate, and sometimes she can be too hard on herself,” Hoerner said. “When she gets down on herself it takes away from everything else she does on the field.”

Walters was described as the ultimate teammate by Josey, doing everything she can to help the team win.

“Ally is always doing something to help the team win. She is so selfless,” Josey said. “She does whatever it takes from hitting a clutch hit to even cleaning up after practice.”

With the softball season just beginning Walters is excited to see where this team ends up and what she can accomplish individually as well.