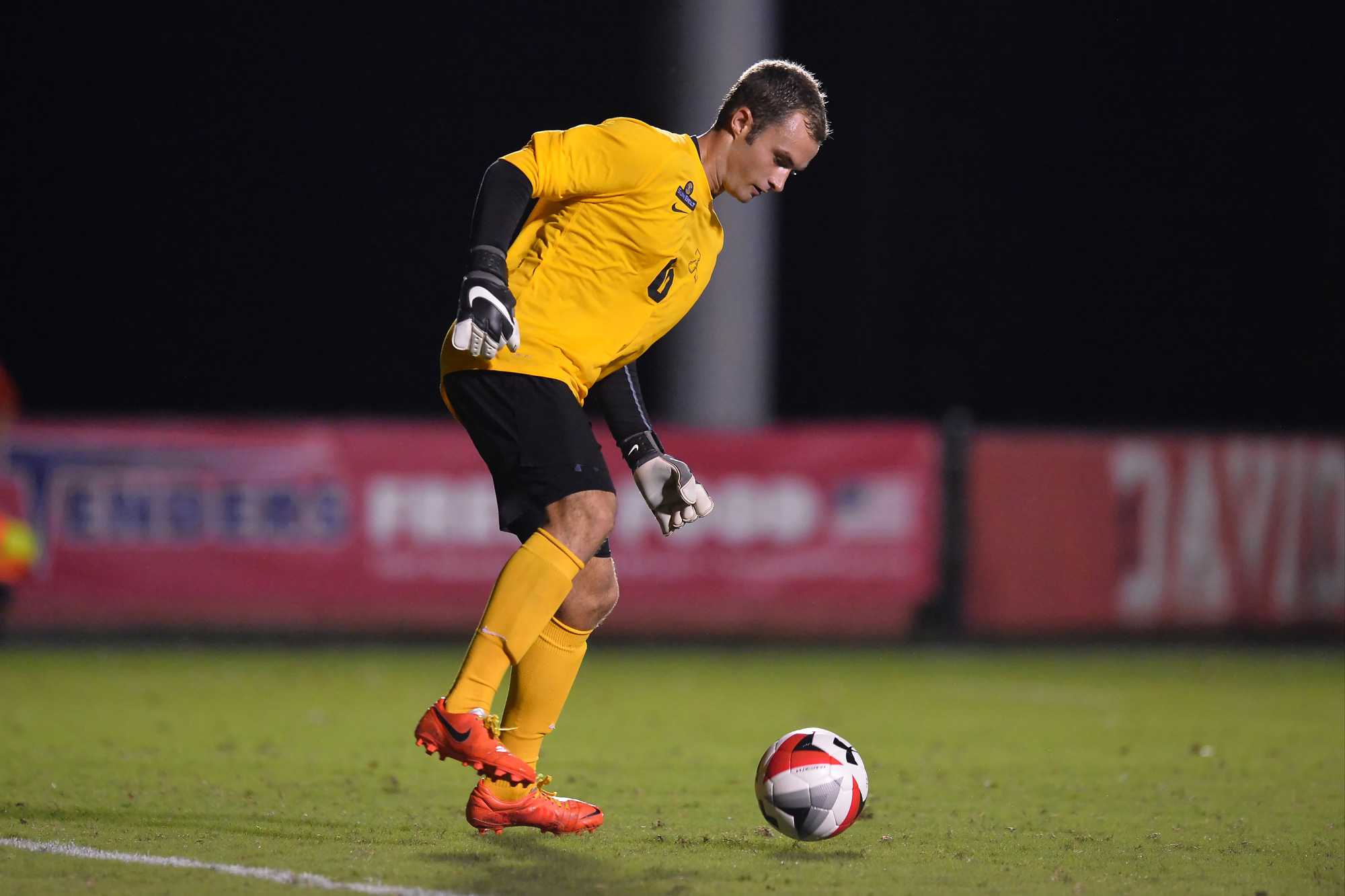 Since taking over as starting goalie against Winthrop just eight games into the App State men’s  soccer season, freshman goalie Jake Agnew has put the Mountaineers in good hands, proving to be a key factor despite being just a freshman.

Starting the season with senior Jaron Bradley as the slated starting goalie, Bradley was injured in preseason giving sophomore Jake Chasteen the starting nod. During a game against Longwood in September, Chasteen went down with an injury that gave Agnew a chance to fill in and he has not looked back since.

“I was disappointed with the injury of Chasteen,” O’Keefe said. “But I knew the replacements we had as goalies were really tight together so I knew any of them could have stepped up and Jake [Agnew] has.”

With four shutout games in only six starts, Agnew was named Sun Belt Conference Defensive Player of The Week two weeks in a row and has helped the Mountaineers get back to winning.

Despite coming in as starting goalie so strong, Agnew knew the change from high school to college sports was going to be a challenge.

“The big difference from high school to college was the physicality of the game,” Agnew said. “You are not just going to come in here and physically dominate a game like you would in high school.”

Agnew has not been anything less than dominate in his nine starts. Allowing only six goals, Agnew’s stellar performance has helped the Mountaineers go (3-3-3) since he has taken over as starter.

“Preparation and training is the main keys to being successful in the goal,” Agnew said. “I watch a lot of game film on the other team and I know my teammates will have my back on the defensive end.”

Teammates and fellow goalies on the roster have been a very important part in Agnew’s success, mainly because of their will to push each other every day.

“People do not get to see just how close these goalkeepers are,” O’Keefe said. “We do not have a goalkeeper’s coach so we rely on the four of them to push each other every day to make each other better.”

Agnew gives his teammates the credit for his success and his two Sun Belt defensive player of the week awards, calling it a “complete team effort.”

Having the confidence of his teammates gives Agnew opportunities to try things he might not usually do because he knows they will always have his back.

Despite having this early success, O’Keefe sees the bigger picture in Agnew’s game and knows that there is a lot to improve on to take his game to the next level.

“I want to see him take on more of a leadership role,” O’Keefe said. “As a goalie I want to see him call out defensive shifts that to make it easier on our back line, but at the end of the day he is a freshman and these are skills that you have to learn, not practice.”

Agnew is not shy when talking about things he and the team could improve on.

“As a team, we need to continue to execute the game plan O’Keefe puts out for us,” Agnew said. “[The players] individually have to stay mentally prepared or locked in during the game. That way I can make the crucial saves for our team.”

One thing O’Keefe said you cannot teach that Agnew was born with is his competitiveness.

“[Agnew’s] goal is to pitch a shutout every game he plays,” O’Keefe said. “When the opponents score on us you can tell he takes it to heart and he always takes the blame and never blames anybody else.”

Although the Mountaineers have only seen a sample of Agnew, there is plenty to be excited for, and if he is able to stay healthy and continue to improve his game, Agnew will have a long and successful career at App State.