From Delaware to Boone 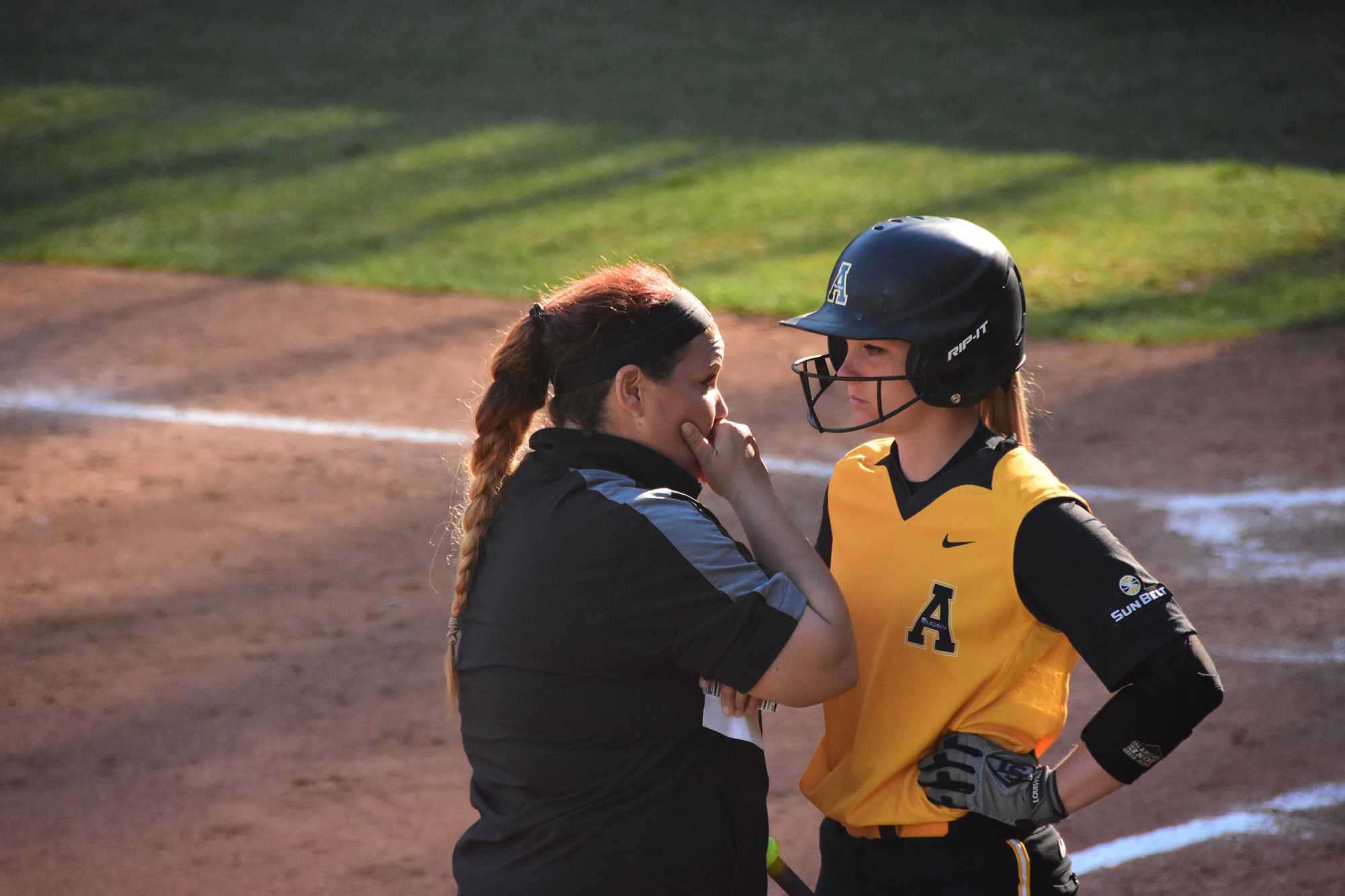 Every college student remembers the stress of finding the right university to call home for the four years after high school graduation. Add in the commitment of joining an athletic team while searching for the right coach to guide you for those next four years and the college search gets even more stressful.

Capping a stellar softball career at Delaware State, Savage became an assistant coach for the Hornets from 2006-08 and 2011-12 after brief stints in between with Bowling Green and North Florida.

Savage found herself as an interim head coach for the Hornets in 2013 before being named official head coach in 2014.

Becoming the first female student athlete from Delaware State to ever sign a professional sports contract when she played with Team Axia of the Italian Women’s Professional Softball League for one season in 2005, Savage always had a special place for her alma mater Delaware State.

“It was a great honor to do a lot for a school that had done a lot for my family,” Savage said. “I was thankful to have Delaware State as an opportunity to learn and build and grow.”

During this time, Ciocatto, a California native and standout pitcher for La Habra High School, said fate was by her side when Savage attended her travel ball game to recruit one of her teammates.

Ciocatto happened to be pitching during that trip when Savage took notice and expressed interest in recruiting her. She began attending camps with Savage that summer and said she started to notice the trusting person that Savage was and her love for the game.

After being recruited by a couple other schools including other Mid-Eastern Atlantic Conference schools, Ciocatto signed with Delaware State to join coach Savage and the Hornets.

Joining a young up and coming team, Ciocatto finished her freshman campaign at Delaware State with a 12-5 record and 2.10 ERA in 25 games started.

Shortly after the season ended, coach Savage made the heart-wrenching decision to leave the team and take over the head coaching position at Appalachian State University in 2015.

“That was probably one of the most emotionally draining days I have had during my coaching career,” Savage said.

Doing much of her recruiting in California, the Hornets consisted of a team that was predominantly from California.

“Recruiting is about building and establishing relationships and building the trust where parents will want to send you their kids,” Savage said.

After deciding to take on an appealing opportunity with App State that was moving from the Southern Conference to the Sun Belt Conference, Savage said the chance of building this team to contend in the new conference and help turn the team around was a big part of her decision to leave Delaware State.

Ciocatto was one of the first people to speak with her when the decision was made. Despite not knowing anything about App State, she made the hard decision of leaving close friends to follow a coach that she had grown to trust and love.

“Being away from home, she did a very good job at taking on the mother role for all the girls and we had built good relationships with her and her family,” Ciocatto said. “It became very family oriented and I knew coming here that even as the ‘lone survivor’ she would continue to help me.”

While many other players at Delaware State decided to transfer after coach Savage decided to leave, Savage remained very grateful about the decision Ciocatto made to join her.

Back on the east coast, Taynor, a rising freshman from New Smyrna Beach, Florida had signed her national letter of intent to join Savage and the Hornets in Delaware.

Unlike Ciocatto, who had never heard of App State, Taynor’s grandparents live on the other side of Grandfather Mountain and brought Taynor to Boone many times when she was younger.

Appalachian State became an intriguing school for her to attend and she applied her junior year of high school.

“I had come here and visited schools and I was very familiar with the area,” Taynor said. “Appalachian has always been on mind.”

Taynor was no stranger to Savage though. One of her hitting coaches, a good friend of Savage’s, helped form a relationship between the two when Taynor was young.

When Savage recruited her, Taynor remembered her and felt comfortable enough to sign with Delaware State in November, and the decision to follow Savage to Boone ended up becoming a no-brainer when she found out and got out of her national letter of intent.

“It was probably two weeks before school and I was set on going to Delaware and my whole family was set on going,” Taynor said. “I didn’t even think twice about coming to Boone.”

Now in their second season as Mountaineers, Taynor and Ciocatto both agree that everything worked out.

Despite struggling as a team in their first season at App State, Savage and Ciocatto’s relationship only got stronger.

“I am probably tougher on her then I am on anybody else because I have such high expectations for her and I know what she can be,” Savage said. “She has done a great job of bridging that gap and trying to transfer positive things from Delaware State to here.”

Their close relationship still keeps its boundaries on and off the field. There is no special treatment for Ciocatto compared to rest of the team. “If anything, she actually is the last to know about a lot of things,” Savaged said with a laugh.

The adjustment to Boone has been a smooth one for Savage, with her love of the area as well as her team’s potential contributing to the easy transition.

“I think it is a beautiful place and a great place for me to raise my children,” Savage said. “We have started to build something really special here. Being so young, I can definitely see us in the next couple of years make a run.”

Both Savage and Ciocatto still have very close ties with Delaware State. Savage said she often sends her kids up to spend time with some of her old players and Ciocatto visits frequently and sees many of her old teammates in California.

“If I had to make the decision again, I would still choose to come to App,” Ciocatto said. “At first it was pretty scary and I struggled the first month or two getting adjusted to a bigger campus, but after I accepted it and moved forward I really grew to enjoy and love it here.”