From Tennessee to teaching: Alumnus leaves music career to train students with autism 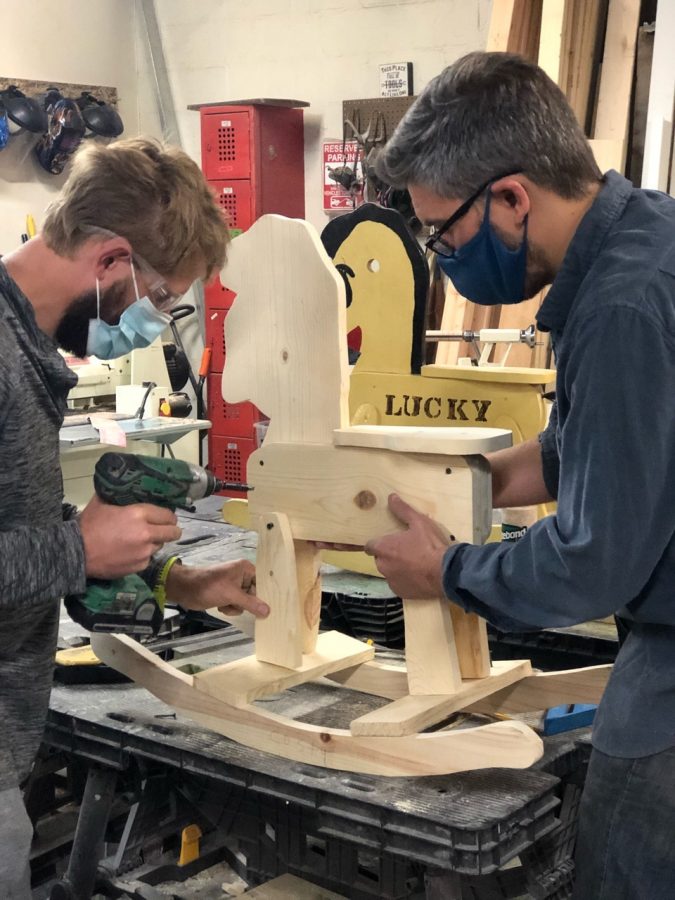 When an App State alumni graduated in 2003 with a degree in music industry studies, he never expected to be teaching students with autism spectrum disorder in a warehouse in Colorado just 13 years later.

Danny Combs was living most musicians’ dream – playing and teaching guitar in Nashville. He was working with Disney and hanging out with fellow country musicians like Taylor Swift and Faith Hill. However, when Combs’ son Dylan was diagnosed with autism spectrum disorder, he recognized a need for a program to build upon his son’s strengths, not just point out his weaknesses.

“Therapists were great … but I always left hearing what my son was doing wrong and what he needed to do better. I wanted to hear what he was good at,” Combs said.

The Combs family comes from a long line of tradespeople, and Combs recognized that Dylan was a natural in this department. He and his wife began looking for resources, and when they struggled to find some, Combs set out on his own and founded Teaching the Autism Community Trades in Denver, Colorado in 2016.

TACT trains students with ASD in various trade skills and helps them to find jobs in that field. They offer workshops to students as young as five to introduce them to the world of trade and help them find a field they are passionate about.

TACT has impacted the lives of over 700 students. They have workshops and classes in auto mechanics, welding, electrical and more. These students are now able to use skills to find jobs that highlight what they are good at.

In a survey the program sent out to parents, Leigh Brown, the mother of a student at TACT expressed her gratitude for the program.

“(They have) more hands-on auto-mechanics than he would ever get in public school, and in a group setting where he doesn’t stand out as ‘different,’” she wrote.

Most people don’t pay out of pocket to work with TACT. They accept insurance and are now able to accept Medicaid, which continues Combs’ desire to foster an inclusive community. Additionally, they use grants and donations from the community to grow.

TACT alumni are spread across various fields, such as students who work in accounting firms or change airbags for Audi. Combs said one student went from struggling to find his lunchbox in a cubby to being able to read a sixteenth of an inch on a tape measure and changing batteries by himself at home within four weeks of being at TACT.

Within the first five years of TACT, Colorado Parent Magazine nominated the organization for one of the top five nonprofits in the state of Colorado. Last fall, “Returning the Favor,” a Facebook series hosted by TV sensation Mike Rowe, featured TACT, a series that almost 1 million people have viewed.

TACT is also now affiliated with Easter Seals, America’s largest nonprofit healthcare organization, targeted at people with disabilities. Combs hopes that this partnership will help grow TACT outside of Denver.

“We are still the only program in the country that does this,” he said.

It is important to Combs and his team at TACT to eliminate the stigma around those diagnosed with ASD.

“It’s labeled as a disability, but there are a million people with autism doing brilliant things,” Combs said. “The stigma of what autism is might be a misconception.”

TACT has been able to use the COVID-19 pandemic as an opportunity for growth. They have hired new staff members, and now they have had more kids hired than ever before.

“Because of the unemployment rate being so high, employers started getting creative and finally starting to look at us as an option,” Combs said.