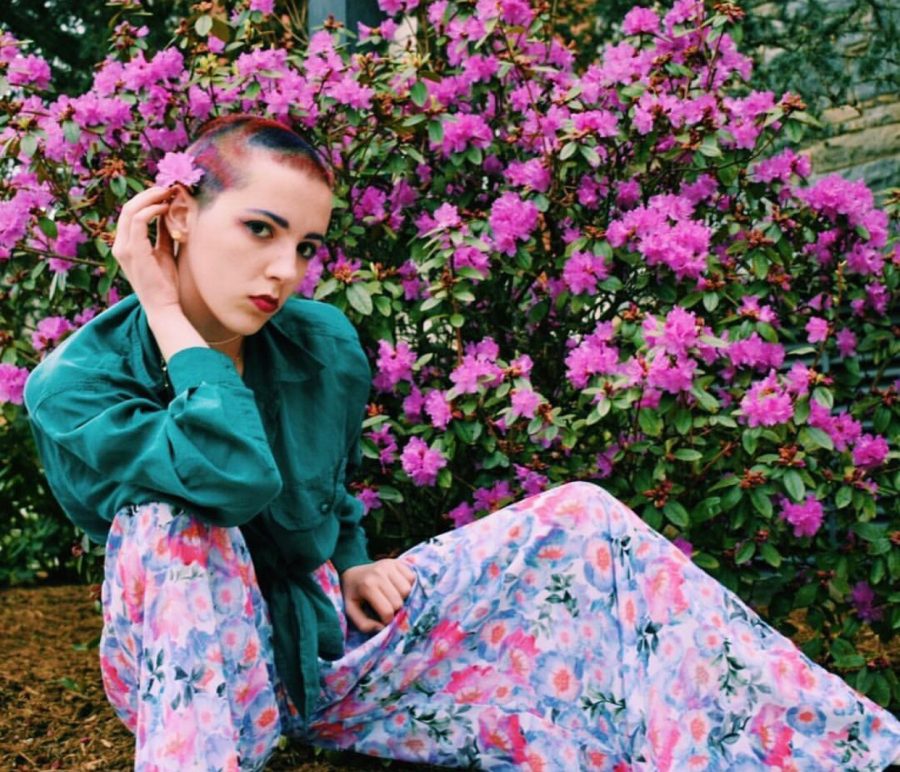 Every two weeks, Gabby Crosson cycles out old hairstyles by shaving their head and dyeing designs, like multicolored geometric shapes, on their hair.

Crosson, a sophomore music therapy major, tests the limits of fashion by not dressing according to gender roles.

Living on the Newland Hall ASUnity floor for people of diverse sexualities and gender identities helped Crosson experiment with fashion. Crosson said being in the LGBT community lets them explore their true identity. Being around like-minded individuals who support Crosson inspires them to explore wild fashion choices. The biggest trend Crosson picked up from the people they lived with was incorporating glitter in outfits and makeup.

“I was surrounded by so many different people, looks and identities. That’s when I was like, ‘OK, I’m non-binary. I don’t have to fit into this one thing,’” Crosson said.

Coming out as non-binary opened up new ways for Crosson to dress; they realized fashion had few restrictions for them. Crosson combines feminine, masculine and androgynous looks that embrace a variety of patterns and color, including pink, which they grew to love after removing its feminine connection.

“I never thought I would be this invested in clothing and fashion, but it’s so much more than putting on an outfit,” Crosson said. “Every look I put on is a different feel and a different expression, and so it’s an outlet to fully express myself and test the limits of my identity.”

Crosson wears dresses one day, and trousers, a button-up polo shirt and backward baseball cap the next. Crosson said every outfit they create empowers them because they are true to how Crosson feels.

“It’s hard to describe my style because it’s so many different things,” Crosson said. “But that’s what I’ve realized over the past year or so—that it doesn’t have to be one thing or one aesthetic. I don’t have to keep it consistent; I can just make looks I feel good in and I’m proud of.”