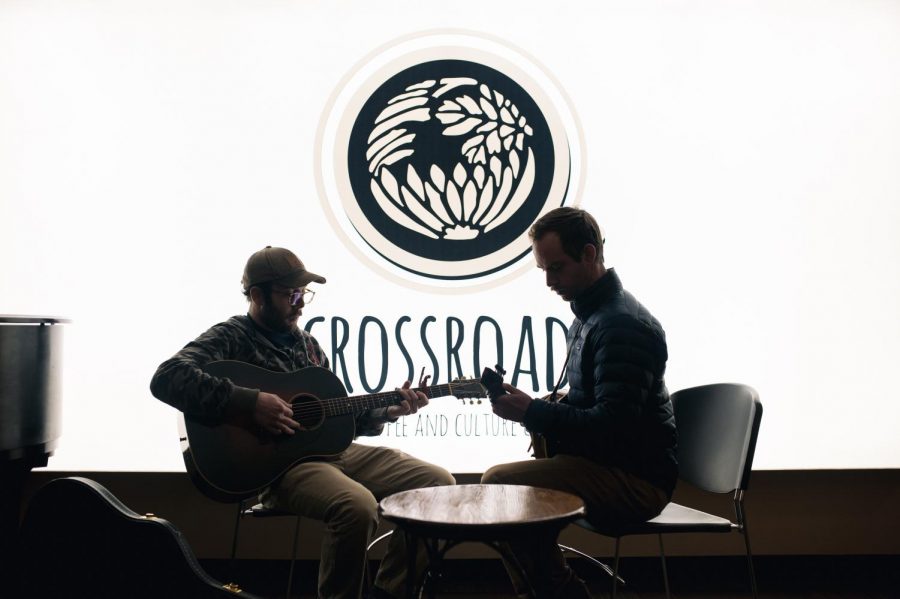 The 12th Annual Old-Time Fiddlers' Convention took App State's campus by storm this past weekend. Participants of all ages were welcome, with a weekend packed full of family-friendly activities such as workshops, competitions, and a market featuring local crafters. The convention kicked off on Friday with a performance by Chatham Rabbits at Legends and even ended with a send-off show by Trampled by Turtles in the Schaefer Center. Photo by Jesse Barber

The 12th Annual Old-Time Fiddlers’ Convention took App State’s campus by storm Feb. 7-8. Participants of all ages were welcome, with a weekend packed with family-friendly activities such as workshops, competitions and a market featuring local crafters. The convention kicked off on Friday with a performance by Chatham Rabbits at Legends, and ends with a send-off show with bluegrass band Trampled by Turtles at the Schaefer Center on Feb. 25.
Chatham Rabbits: Their Rise to Fame
Before the show even started, Chatham Rabbits singer, Sarah McCombie, sang as if in front of a rowdy crowd. Her husband and guitarist of the duo, Austin McCombie, played off of her harmonies. They performed at Legends Feb. 7.

The Americana style band writes its own music and plays old-time instruments for a more authentic feel.

The old-style instruments allow for breaks in the songs, and with the rise in popularity of bluegrass music, Sarah McCombie said it was not hard to find old-time instrument players.

The duo played alongside four other musicians: a mandolin player, a bassist, a keyboard player and a drummer. The six members have played and practiced together before, but their Legends performance was their first live show all together. Sarah and Austin McCombie have played together since 2014. The group plans to perform together more in the future.

Austin and Sarah McCombie started playing for fun, but it soon became apparent that their passion could blossom into a career. They quit their jobs eight months after forming Chatham Rabbits in 2018.

“After being in the recording studio with our first album, we played some of the songs for people, and they said it was really good. We were encouraged to quit our jobs and give it a try. So, we took it very seriously after that,” Austin McCombie said.

The band has an Instagram following of 12,500, and they said touring and performing is a great way to interact with their online fans.

“We have a lot of goals to play for and meet with so many of our fans we have only had the opportunity to connect with online,” Sarah McCombie said.

They said they have experienced some stress on their rise to popularity. But, the stress turns into excitement at the end of the day.

Sarah McCombie said they try not to dwell on being tired. Austin added that the career path is tiring sometimes, but in all the right ways. They focus on the reason for being tired, which is playing high energy shows and pouring their hearts into their music.

Sarah and Austin McCombie said music lovers who want to make a career out of their talents should have no fear when it comes to getting themselves discovered.

“You really have to look at it like a music and a sales job,” Austin McCombie said, “Don’t be afraid to pick up the phone, and shake all the trees and get off all the fruit that you can.”

The duo said they are excited to play more shows because that is what they love about the music business. The past few months have been slow for them in the show department because they were releasing new material. Sarah and Austin McCombie said Chatham Rabbits plays about 120 shows a year, so they can’t wait for touring to “ramp up.”