Game of runs ends in loss for Mountaineers 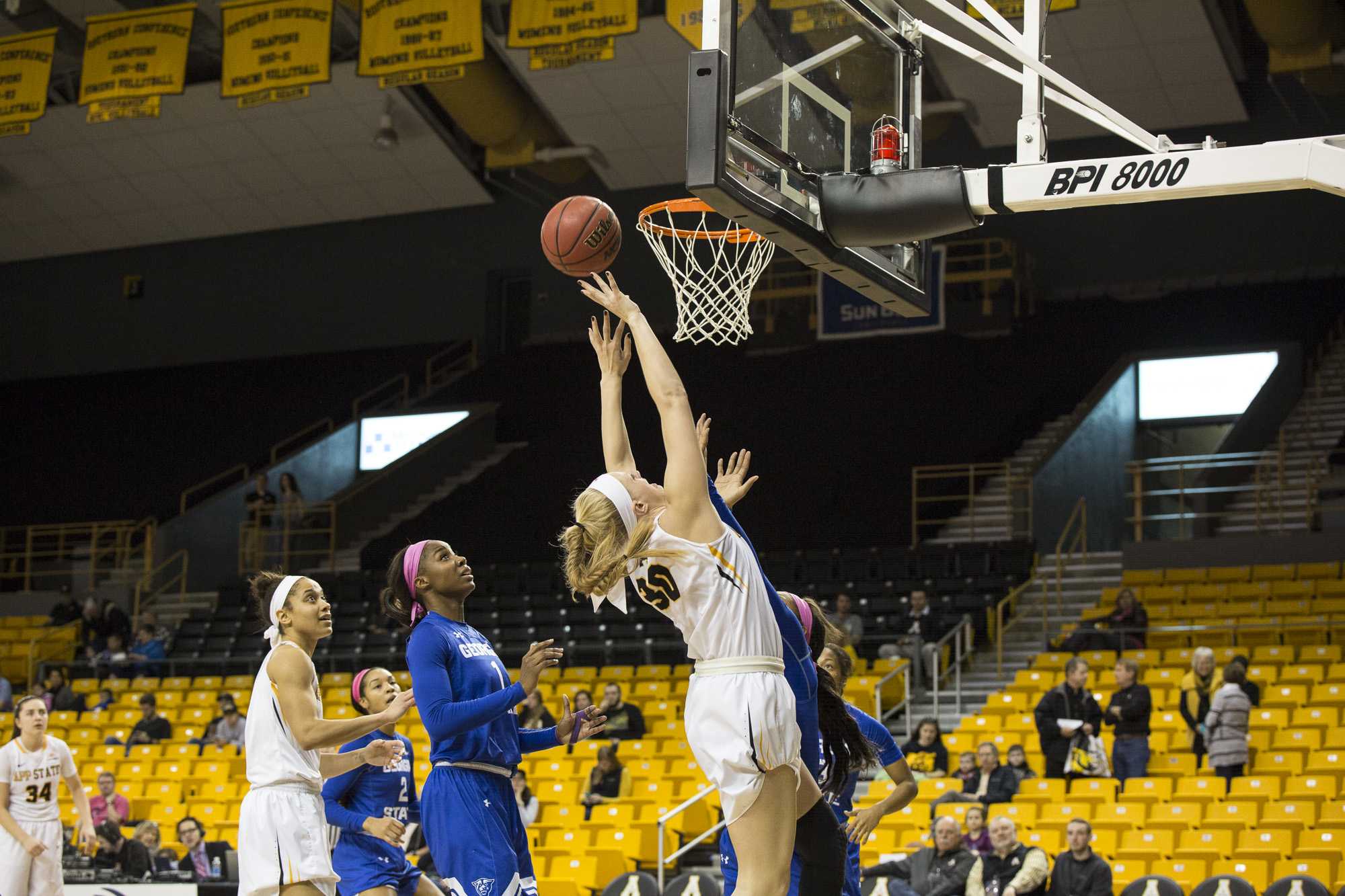 Both teams struggled to score in the first quarter until Madi Story took charge for App State (10-14, 5-8 Sun Belt). Georgia State (10-14, 6-7 Sun Belt) was not phased and they cut it to three at the end of the first.

The rest of the game was nothing but runs as App State looked like they were going to pull away early in the second with an 8-2 run. Georgia State countered with a seven to zero run to tie things up.

App State’s biggest problem was their free throws, shooting just 11-for-23 and missing crucial free throws late to tie the game up with only a couple of seconds left.

“Two areas where we struggled tonight were free throws and turnovers,” head coach Angel Elderkin said. “Anytime in a one possession game and you look down and see 12 missed free throws it hurts.”

App State hoped to counter Georgia State’s run and have a run for themselves, but it ended up being Georgia’s States run at the end that cost App the game.

“We stayed pretty level headed,” senior forward Bria Carter said. “We had those types of scenarios this year so we knew what we had to do to get back in the game.”

“Most teams play zone on us, so having a good inside presence helps me out alot,” Story said. “It really has nothing to do with me, I just have to make the shots.”

App State had trouble with Georgia State’s bigs in particular. Panther’s Tiffany Holston was one of the challenges, scoring 14 points and grabbing four rebounds.

“Their depth in the post is outstanding,” Elderkin said. “No. 1 [Holston] was actually the number one scorer in division two and they got her for her fifth year.”

App State had chances at the end to take the lead but were unable to capitalize, whether it was because of missed shots or missed free throws.

Appalachian State looks to back bounce Feb. 16 at Troy.