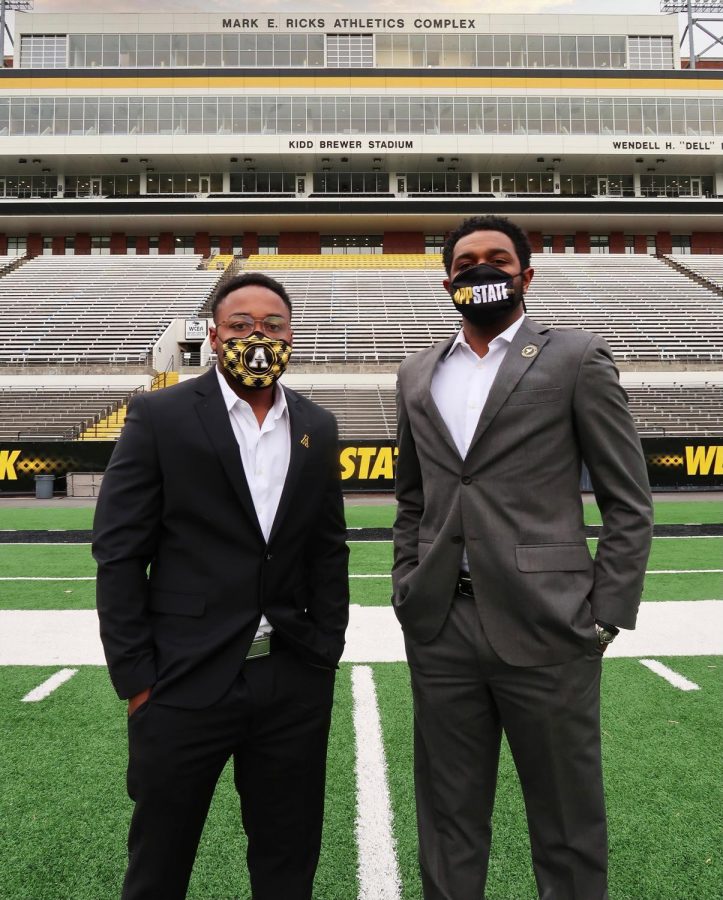 DJ Evans (left) and Bailey Gardin (right) announced their candidacy for student body vice president and president, respectively. The duo are both members of the App State Student Government Association.

Bailey Gardin and DJ Evans announced their candidacy for student body president and vice president Thursday, the second day of the declaration period.

The Appalachian contacted the candidates but they declined to comment for this story, saying they are waiting to release information until the official campaigning period begins March 29.

In his role this semester, Gardin has pushed for mental health days for App State students and the re-implementation of the Pass/No Credit system.

Gardin, a Dr. Willie C. Fleming Scholarship recipient, is also an active member of the Black at App State Collective, a group pushing for a more equitable and anti-racist environment at App State.

“I’m a first-generation college student leader succeeding at a predominantly white institution,” Gardin said in a Black at App State Instagram post. “I’m proving to a younger generation that it’s possible to excel in environments that were never meant for you.”

DJ Evans, vice presidential candidate, is also a junior political science major. Evans has served as the SGA Interfraternity Council Senator and is a member of Sigma Nu at App State.

Presidential and vice presidential candidates will debate on Monday at 7 p.m.