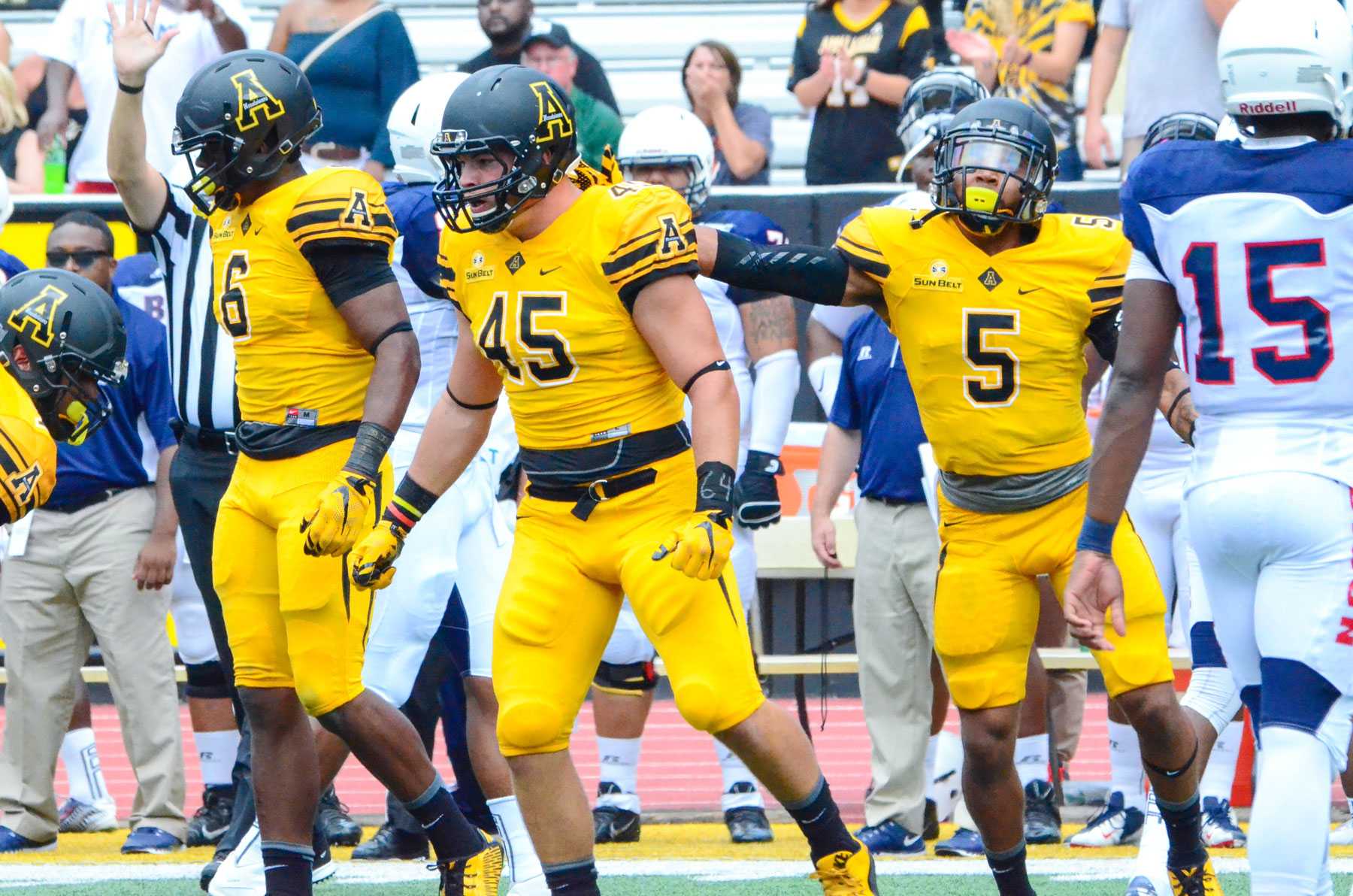 After the first four games of the season, sophomore cornerback Latrell Gibbs has picked off four passes, one in each contest. Because of his fast start, Gibbs is tied for second in the country in interceptions.

Gibbs played in all 12 games for the Mountaineers last season, starting the final nine. He caught two interceptions last year, good for third on the team.

This year Gibbs has taken his game to a new level. Senior defensive back Doug Middleton said that he attributes the success to Gibbs’ improved preparation.

“He’s been able to improve mentally,” Middleton said. “He was a freshman last year, so he was just kind of easing into it. Now he’s taking more of a leadership role.”

After snagging interceptions against Howard, Clemson and Old Dominion, Gibbs’ most impactful one came this past week against Wyoming.

“I just saw the quarterback bring up his shoulder, and he threw the ball,” Gibbs said. “I was already taking my read-steps, and by then I didn’t care what the receiver was doing. I just saw the ball thrown, jumped the ball and saw nothing but green grass.”

Gibbs took the ball 91 yards to the end zone, giving the Mountaineers a 14-0 lead on their way to a victory.

Gibbs does more for the team than just catch interceptions. He has also tallied 15 total tackles so far this year.

“He’s not afraid to stick his nose in,” head coach Scott Satterfield said. “He’ll come tackle you. He’s not the biggest guy in the world but plays extremely hard.”

Gibbs knows he’s a little undersized. That’s why he looks up to NFL players like Brent Grimes and Tyrann Mathieu.

“They’re so small and aggressive,” Gibbs said. “Both like 5 feet 9 inches or 5 feet 10 inches. Small guys like me, so they give me hope.”

The coaches have found that Gibbs’ height is a source of his competitiveness.

“I try to put a lot on him because he can learn a lot,” cornerback coach Bryan Brown said. “He’s a guy that wants to compete and prove he belongs just because of his size.”

Throughout his time at Appalachian State, Gibbs has established a reputation as a risk taker.

“He takes the right chances,” Middleton said. “It backfires sometimes, but it’s a give and take.”

During some games the risks backfire more than others. Against Clemson, Gibbs was burned badly for a touchdown. However, the coaches still want Gibbs and the other defensive backs to play aggressive.

“If you’re at corner and you’re a little bit scared, they’re just gonna dink and dunk you all day long,” Brown said. “You have to be able to take some chances.”

It is Gibbs’ preparation and studies that have allowed him to get four interceptions and become a reliable player at the cornerback position.

“If you’re smart enough to recognize what a receiver is doing and what an offense is trying to do, you’re able to calculate a risk,” Satterfield said. “When you do that, more times than not, you’re gonna make a big play. He’s a smart enough football player to know when to take a chance.”