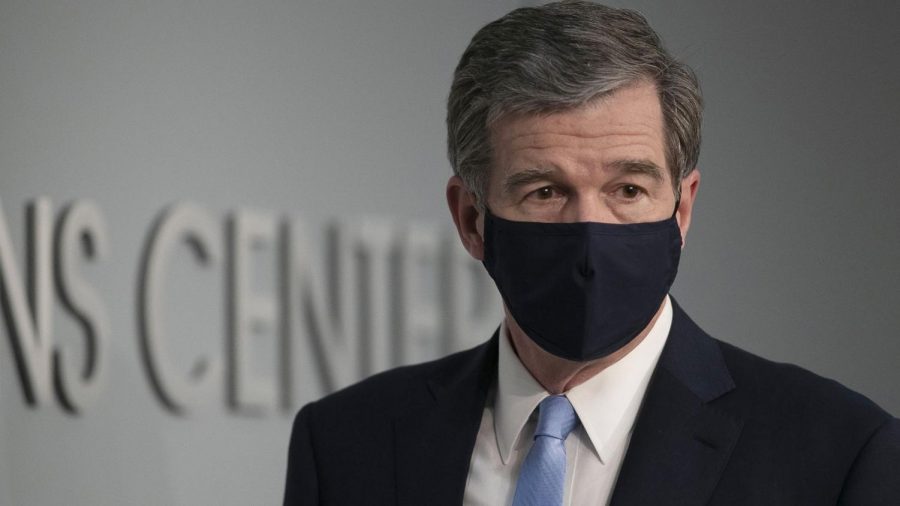 Courtesy of the North Carolina Department of Public Safety

In his latest COVID-19 briefing, Governor Roy Cooper said North Carolina has vaccinated more than 1.1 million people out of almost 8 million adults throughout the state.

Cooper urges people to remain vigilant even though cases are declining.

Watauga County, as of March 9, has 4,281 cumulative cases since testing began and 95 active cases.

Mandy Cohen, secretary of the North Carolina Department of Health Services, said the state’s focus on equity is getting national attention.

“I am proud of our team for the progress we are making, but we know we have more work to do,” Cohen said.

According to Bloomberg News, North Carolina is one of the best performing states for distributing vaccines evenly to Black and white residents and reporting demographic data.

Cohen said as of today, the NCDHHS COVID-19 dashboard is updated so North Carolinians can see the progress of marginalized groups receiving the vaccine each week.

The COVID-19 dashboard shows that 3% of the Hispanic population, 16.2% of the Black population and 76% of the white population have been vaccinated.

“We’ll continue pushing these efforts so that everyone, no matter what you look like or where you live, has a spot to get their shot,” Cooper said.

Cooper said the North Carolina State Board of Education and other health officials are emphasizing the importance of getting students back in classrooms.

“With children back in school and vaccine distribution well underway, there are more signs of hope that we are making progress toward putting this pandemic behind us,” Cooper said.

About 5% of tests in the state are returning positive and hospital numbers are stable. However, Cooper said this is not time to give up on prevention efforts.