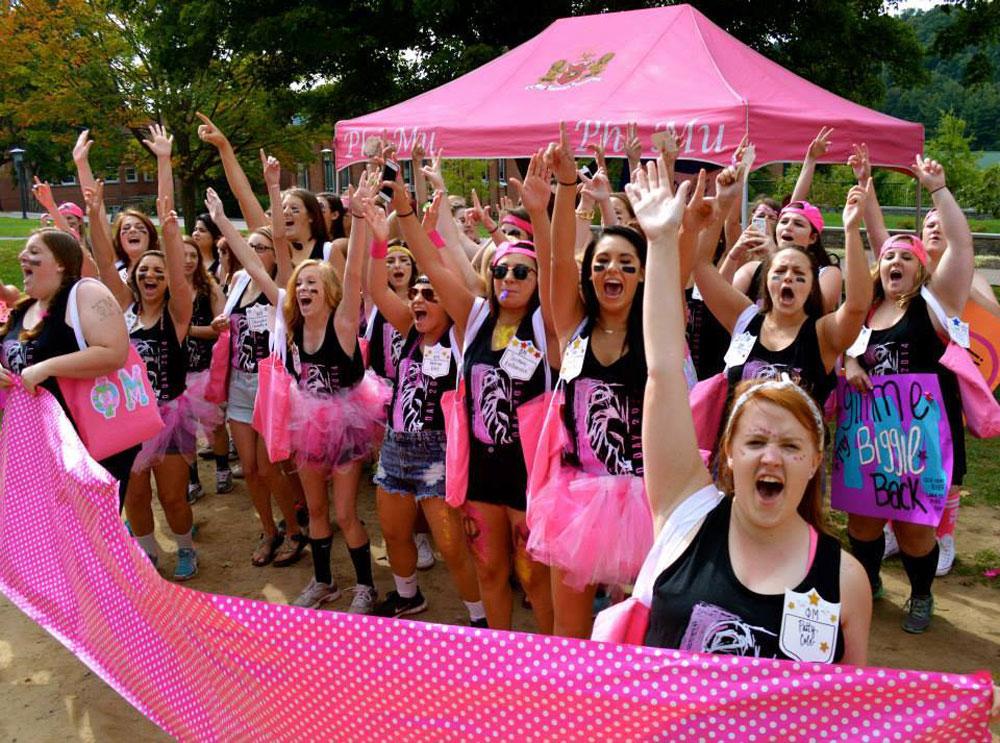 Among the Appalachian State University groups, organizations and students participating in the 2014 Homecoming Week celebration, titled Home Sweet Home Appalachian, are the university’s fraternities and sororities.

Appalachian is home to 28 recognized sororities and fraternities and it is estimated more than 1,800 students are involved with Greek life this year, said

The fraternities and sororities will team up with multiple student organizations for various events during homecoming week, but the biggest events Greek life will be involved with is the Lip Sync contest and the parade.

“We are so excited,” said K.K. Kohler, senior at Appalachian State and member of Zeta Tau Alpha. “We’re already hard at work getting ready. The homecoming activities that my sorority is participating in are the blood drive, Lip Sync, the banner contest, the homecoming float building party, the homecoming parade and the kazoo band.”

“I’m really excited because I feel like it will give me a chance to get more involved on campus and to meet a lot of new people as well as get a lot of strong relationships out of it,” said

“As a freshman, I am unsure of what to expect from homecoming, but I am very excited,” said Victoria Fahnestock, a freshman psychology student and member of Phi Mu. “I’m looking forward to uniting not only within Greek life, but as a student of Appalachian State University, over fun events.”