What happened: Hillary Clinton speaks out 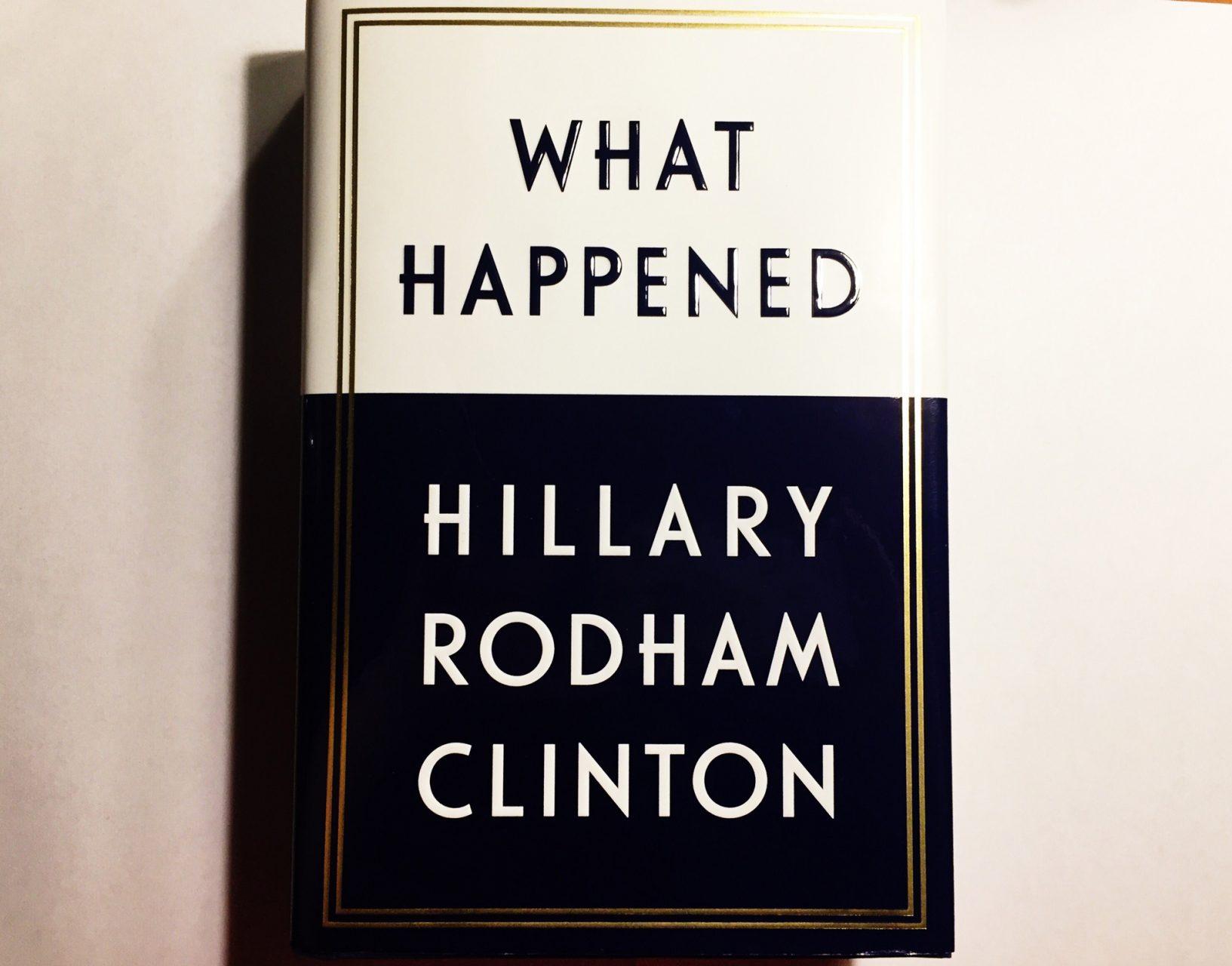 Hillary Rodham Clinton’s new book, What Happened. In the memoir, Clinton details what she believes lead to her defeat in the 2016 presidential election.

Hillary Clinton released her tell-all book, “What Happened,” on Sept. 12, 10 months after she conceded the 2016 presidential election to Donald Trump.

“This is my story of what happened. It’s the story of what I saw, felt, and thought during the two most intense years I’ve ever experienced,” Clinton said in her opening lines.

With the inside front cover showing Clinton in her all-white pantsuit waving to a crowd and the back inside cover showing a little girl holding up a “Stronger Together” sign, “What Happened” is Clinton’s statement on the 2016 presidential election.

“What Happened” shares Clinton’s views on the campaign, primary and general elections, her life, reasons she lost and moving onward.

Her focus in “What Happened” is not to make excuses; in fact, in the author’s note she said that there were plenty of mistakes and that “they are mine and mine alone.”

Many wanted Clinton to go away after the 2016 election and she alluded to that in her book, but with the release, it is clear she is here to stay.

The 464-page book is split into five different sections: perseverance, competition, sisterhood, idealism and realism, frustration and resilience. Each section has chapters talking about different issues during the campaign.

From chapters titled “Showing Up,” “On Being a Woman in Politics” and “Making History” to “Those Damn Emails,” “Election Night” and “Why,” Clinton talks about a broad range of subjects.

When I first started this book, I expected it to be about her making excuses, blaming everyone, not owning up to her mistakes and attacking Trump.

While she did have her gripes over things that happened during the campaign and blaming did happen, it was not to the extent I believed it would be.

Clinton talked about Trump in a significant way, in my opinion, 29 times and Bernie Sanders only nine times.

“I go back to my own shortcomings and the mistakes we made. I take responsibility for all of them,” Clinton wrote. “You can blame the data, blame the message, blame anything you want — but I was a candidate. It was my campaign. Those were my decisions.”

This was the second quote that opened up the chapter titled “Why,” in which she explained the outside forces she think impacted the election.

This is the chapter in which she does place blame on others.

Clinton talks about FBI Director James Comey and his letter bringing the email investigation back to life on Oct. 28, 2016, Russia’s campaign to influence the election and how the Trump campaign may have colluded with Russia.

She mentioned this quite a bit and was adamant that this played a part in her losing to Trump.

While the book was somber in its writing, there were parts that gave me chills and parts that made me laugh.

Clinton mentions meeting with Sandy Hook families and talking with them about what to do about gun violence.

She also talks about Flint, Michigan, and meeting young kids that now have problems due to the poisoned water and the heartbreak she felt meeting them.

Clinton devotes pages talking about her love for kids and how much she cares for their well-being.

She didn’t just have dark and sad parts about the campaign in “What Happened,” she added light-hearted comments and had some fun with her political counterparts.

She said hi to Al Gore, John Kerry and Mitt Romney when she was wondering if anyone reading will ever lose a presidential election.

She also had some fun with her emails, the controversial ones, bringing up an email where she told John Podesta to “please wear socks to bed to keep your feet warm.” This made Clinton appear more relatable with readers as she made fun of herself, which is rare among politicians.

While the book goes pretty in-depth on her view of the election, it does not bring much new to the table. Clinton lists the same excuses that have been made about why she lost the election: Russia, the emails and third party voters.

Granted, she does goes deeper into those reasons, but to many of her diehard critics, it is just another way Clinton excuses the loss to Trump.

That may be good to some of her supporters who want to show how bad of a job Trump is doing, but it feels like propaganda and a way to make her seem better.

Overall, Clinton’s “What Happened” is an intriguing view on the 2016 presidential election from the losing perspective.

The book was a very good read that had me engrossed from the very beginning.

I would recommend this book to anyone who wants to take a look at the election through Hillary Clinton’s eyes, learn more about the scandals that impacted the elections and see what it was like to lose an election.

I give “What Happened” a four out of five star review.