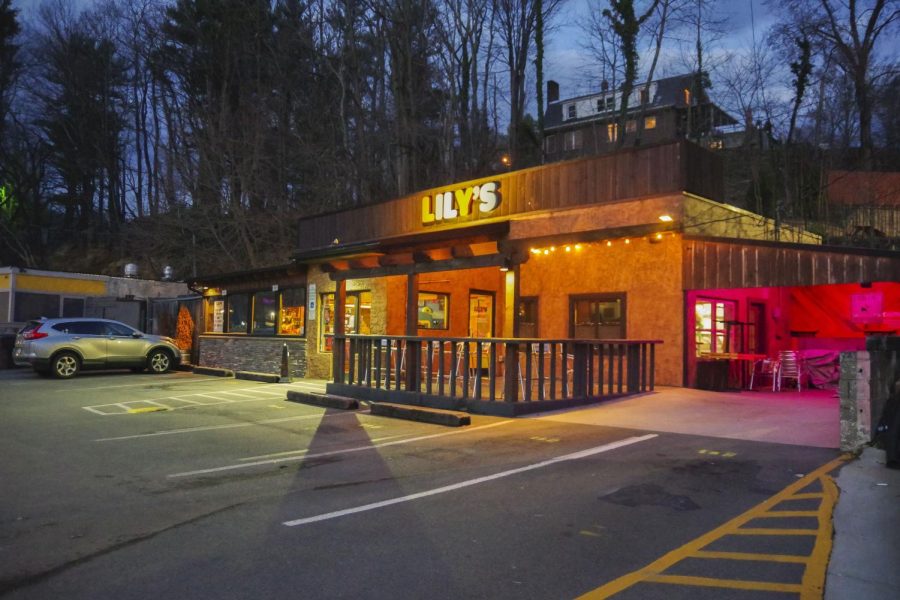 Lily’s Snack Bar is one of the many restaurants in Boone feeling the impact of the coronavirus. The owners have had to lay off the staff while people are not allowed to dine in.

“We were facing, like every restaurant in America, complete uncertainty about what was coming next,” co-owner of Lily’s and The Cardinal Seth Sullivan said. “We didn’t want people working and then having to close, so we shut it down Monday and went straight to takeout and to-go food only.”

Other businesses, such as the coffee shop Espresso News, have seen “no business” and resorted to baristas pouring cream and sugar instead of its usual self-serve.

“We have been busier with everyone just wanting to get grab and gos and avoiding going to the grocery store and getting items to cook,” said Clean Eatz employee Gabby Owens.

Clean Eatz is a healthy lifestyle restaurant with a location in Boone.

Owens said the biggest impact so far is the slowness of traffic in the cafe because customers can’t dine in.

“We want to stay open so people know that they have a good, healthy place to get meals for a good price that are also all prepped, cooked and ready to take home with you,” Owens said. “Our plan of action as of right now is to stay open, depending on what happens, and to just produce a mass amount of grab and gos.”

One of the biggest effects of the coronavirus pandemic and Cooper’s executive order on restaurants was laying off staff.

“We laid most staff off completely,” Sullivan said. “It was the hardest f—— thing I’ve ever done in my life. It was awful. It’s f—— awful.”

Once the executive order is lifted, Sullivan said Lily’s and The Cardinal will rehire everyone.

“The reason we did what we did is we wanted our people to have the ability to draw unemployment at least and try to preserve the businesses so that people can come back to work.”

But until normalcy resumes, Sullivan said he hopes the North Carolina government helps others like his employees.

“The state needs to do everything it can for all the people that have been laid off,” Sullivan said. “That has to be the first priority. And then after that, they need to do everything they can to support small business.”

The executive order made the following changes to unemployment:

It removes the one-week waiting period to apply for unemployment payment for those workers who lose their jobs.
It removes the requirement that a person must be actively looking for another job during this time when many potential employers are closed and social distancing guidelines are in effect.
It allows employees who lose their jobs or, in certain cases, have their hours reduced due to COVID-19 apply for unemployment benefits.
Employers will not be held responsible for benefits paid as a direct result of these COVID-19 claims.
It waives the requirement that people must apply for benefits in person; workers can apply for benefits online or by phone.

Other businesses are changing their staffing due to less business and fewer App State students returning to Boone.

“We’ve actually had really good business still because our regulars have been really supportive and have still been coming in. We just have a smaller staff, that’s probably been the biggest change,” said Boone Bagelry manager Alayna Flaygle. “We’ve had to cut back hours for all of our employees which is always hard, and we’ve only been doing take-out and delivery.”

“We were lucky that most of our staff is here in Boone, and that didn’t impact us as much, but we have had to cut back to one person in the front, one in the back and one manger,” Flaygle said. “We’re playing it by ear. Everything is changing day by day.”

For Lily’s and The Cardinal, Sullivan said the community has truly supported them.

App State head football coach Shawn Clark said he goes out every morning for breakfast and lunch, as he tries to do something for the community.

“We’re with you guys and whatever we can do to help because, again, this is Boone, a small town, and we all rely on each other,” Clark said. “It’s a way to show my support to those restaurants and the people of Boone.”

Boone Chamber of Commerce created a list of Boone businesses’ hours and functions during the pandemic, which can be found at https://www.boonechamber.com/##.

Silas Albright contributed to this story.