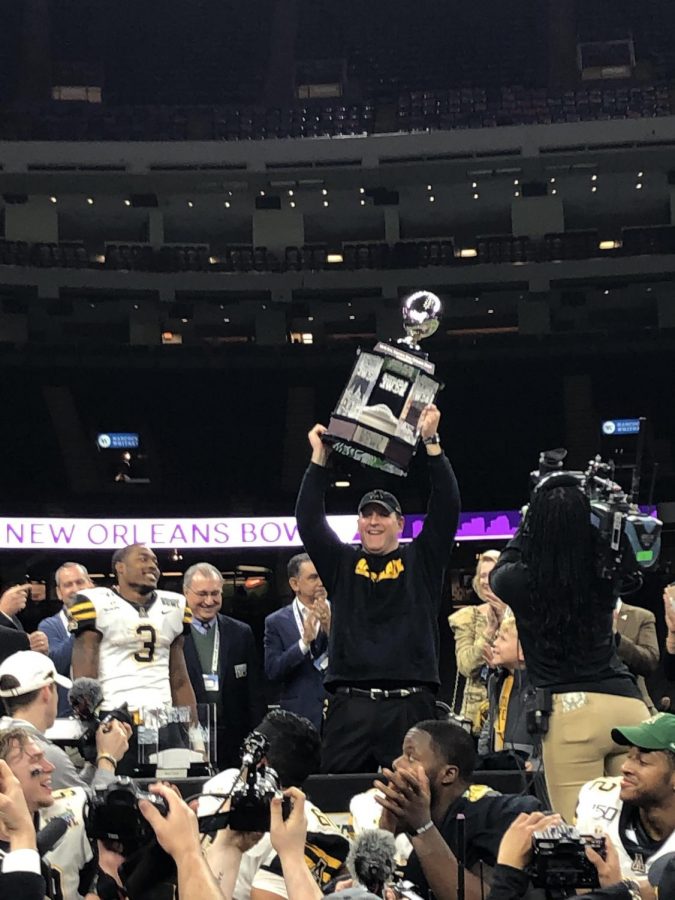 App State football began spring practice on Monday, and head coach Shawn Clark took some time to discuss what he expects this spring and what has been happening in the two months since he took the reigns of the program.

“We want to make sure we build our depth while improving our technique, that’ll be big this spring,” Clark said. “Learn and execute our system … and the last thing is to identify the strengths and weaknesses for our football team.”

“They are coming along just fine, and we’re looking forward to getting those guys back during fall camp,” Clark said.

Another big change was the hiring of multiple new coaches. Robert Nunn was hired to take on the role as defensive coordinator after coaching in the NFL for nearly 20 years.

“Not only is coach Nunn a great football coach, but I think he’s an outstanding person,” Clark said. “When you have a chance to bring a Super Bowl champion to Appalachian State, that’s big. It’s big for recruiting, it’s big for the players (and) our guys are eager to learn from him.”

When Clark took the head coaching job, he left an opening at the offensive line coaching job. That position was given to Nic Cardwell, who has stayed close to App State since he played tight end for the Mountaineers from 2004-07.

“(Cardwell) grew up here in the program, and he knows what it means to wear the black and gold,” Clark said. “If you cut him today, he’d be bleeding black and gold, so they’re excited to have him here. He’ll bring some energy to the room, which is always good, and again, he’s a great football coach.”

On the offensive side of things, Clark hired Tony Peterson as offensive coordinator and quarterbacks coach. Peterson played quarterback for App State from 1987-88 and has coached for 30 years since then.

“We interviewed roughly four offensive coordinators, and I kept coming back to Tony (Peterson),” Clark said. “We talked the same lingo, had the same values, the same ideas of what we want to do, and he was able to add some things to the system.”

As far as spring practice is concerned, Clark has turned his focus to the younger guys who will fill out the depth chart. He isn’t too worried about the veteran players who are returning, including junior quarterback Zac Thomas.

“To be able to win football games in this conference you need an experienced quarterback, so we know what Zac Thomas is and what he has to offer,” Clark said. “He doesn’t have to prove anything to us, he’s proved that the last three years. We are a very senior heavy team this year, you know that, and this spring is all about developing our depth and our young guys.”

While this is Clark’s first year as the head coach of the Mountaineers, he isn’t feeling any extra pressure to live up to anyone’s expectations. Although there are new additions and reshuffling with the coaching staff, Clark expects to do what App State has done 43 times in the last four years: win.