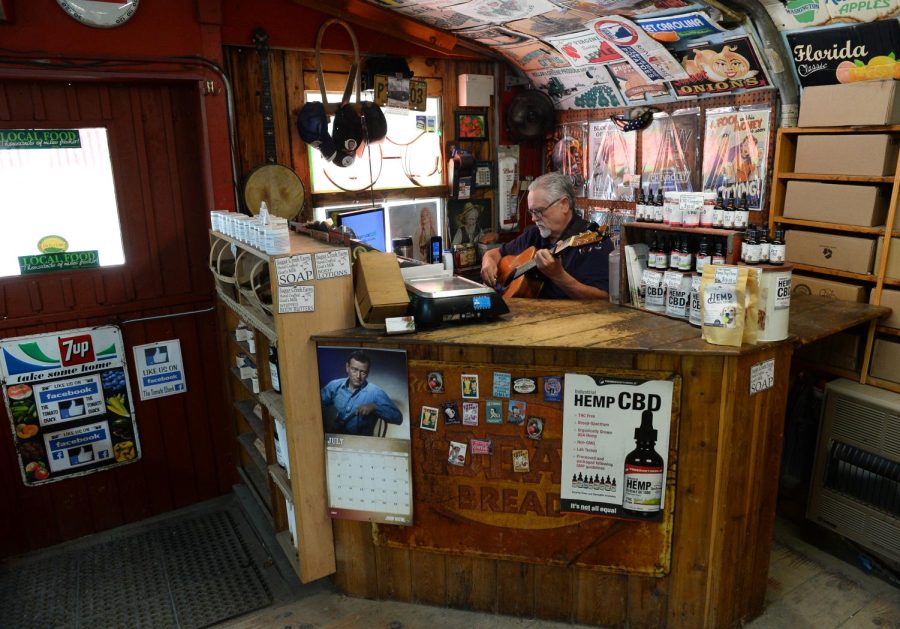 Jerry Cheek plays guitar while waiting for customers. Before opening the Tomato Shack Jerry played guitar for 10 years, he mainly played top 40 country music. With the Tomato Shack closing at the end of August, Jerry hopes to play music in his retirement.

Right outside Boone down Highway 105, the Tomato Shack Country Store has served the community fresh produce and canned goods for over 25 years. As of recently, the Tomato Shack can no longer maintain their normal operating hours and has been operating Friday through Sunday since the construction began on the 4.5 miles of Highway 104 between Foscoe and Boone. This has been a detriment to their business as it is no longer practical to keep perishable produce from spoiling outside of operating hours. Since then the store has no longer been able to keep fresh produce, and with their major product no longer available, the owner Jerry Cheek has decided to permanently close the store at the end of August, ending its 25-year run.