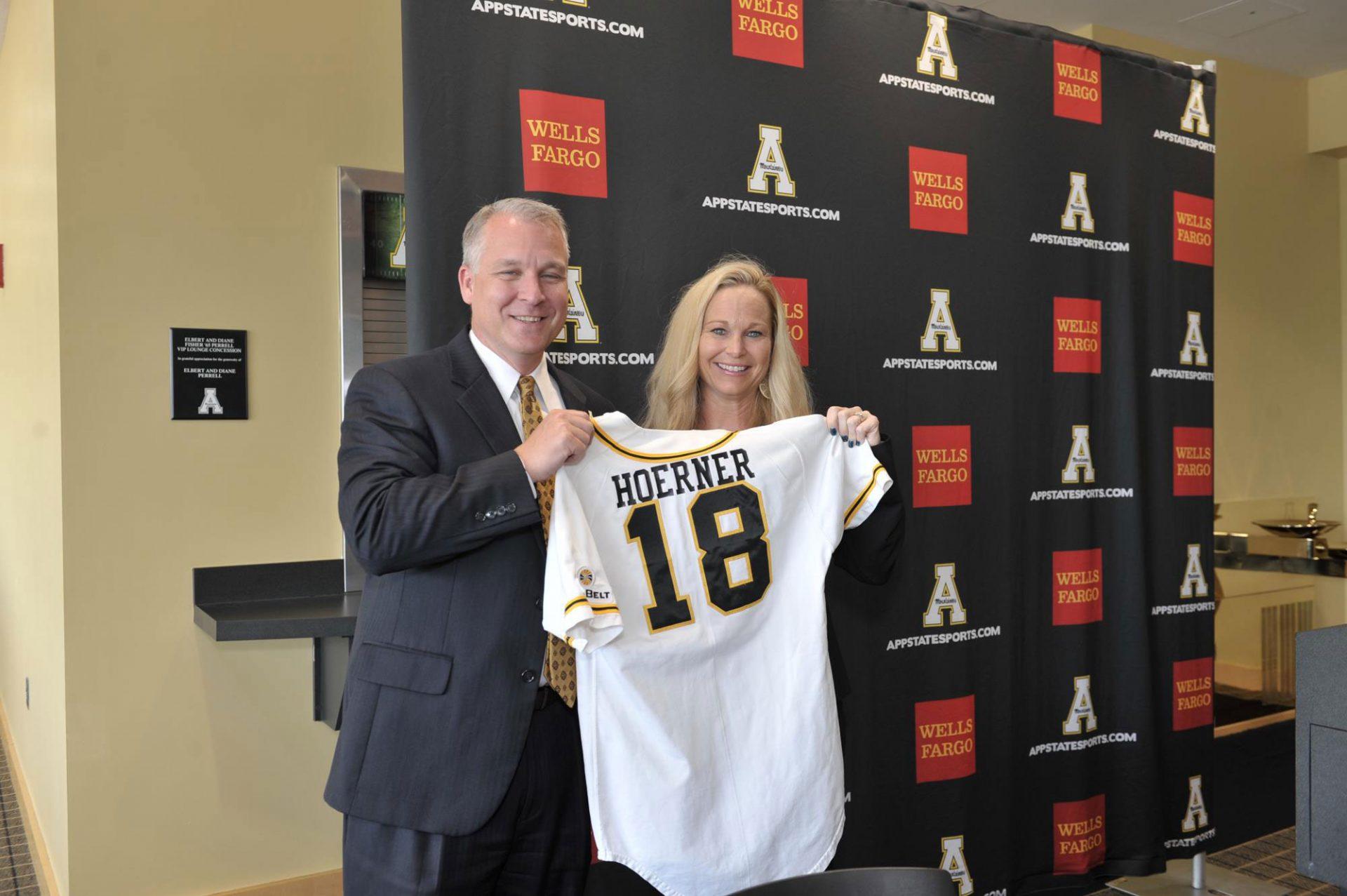 Head coach Shelly Hoerner being introduced as the App State softball coach in June. Hoerner has led the Mountaineers to a 27-14 record so far in 2019.

With just 10 regular season games remaining in 2019, the App State softball team already surpassed its win total for each of the past six seasons.

“It was a buy-in from the players. From day one, they knew it would be a process. They stayed the course. They trusted in us, and they trusted in themselves,” head coach Shelly Hoerner said. “They just play for each other. It doesn’t matter who gets the credit, and I think that’s what has made us successful this year.”

Before the 2018 season, athletic director Doug Gillin was looking for a coach to help bring a winning record for the first time since 2013.

“I liked his vision, and I think we are very similar in a lot of ways,” Hoerner said. “We want to win, but we want to do it the right way.”

Before she took over at App State, Hoerner coached at Georgia Tech for four seasons. She also coached at College of Charleston for eight seasons, Division II Barry University for five seasons and DII Valdosta State University for one season. Before she became head coach at Valdosta State, Hoerner was an assistant coach at Barry for four seasons and played there from 1993-94 before transferring to DI Canisius College for her final two years of eligibility.

Throughout her 23 years of coaching experience, Hoerner has learned that each player has to buy into their specific role.

“The one thing I’ve really noticed about her is her ability to really relate to the girls and get them to buy into her and what she’s doing,” Showalter said. “When you come into a new program it’s always, ‘We got to change the culture.’ (Hoerner) has done that in a very short amount of time because of how she treats them and how she carries herself.”

Hoerner has recorded over 500 wins in her coaching career, but said she cares about more than just wins and losses.

“She’s kind of like a second mom to me,” junior right-handed pitcher Kenzie Longanecker said. “She cares about me on and off the field, no matter what I do. I think she’s always there for me, and she’s a very encouraging coach.”