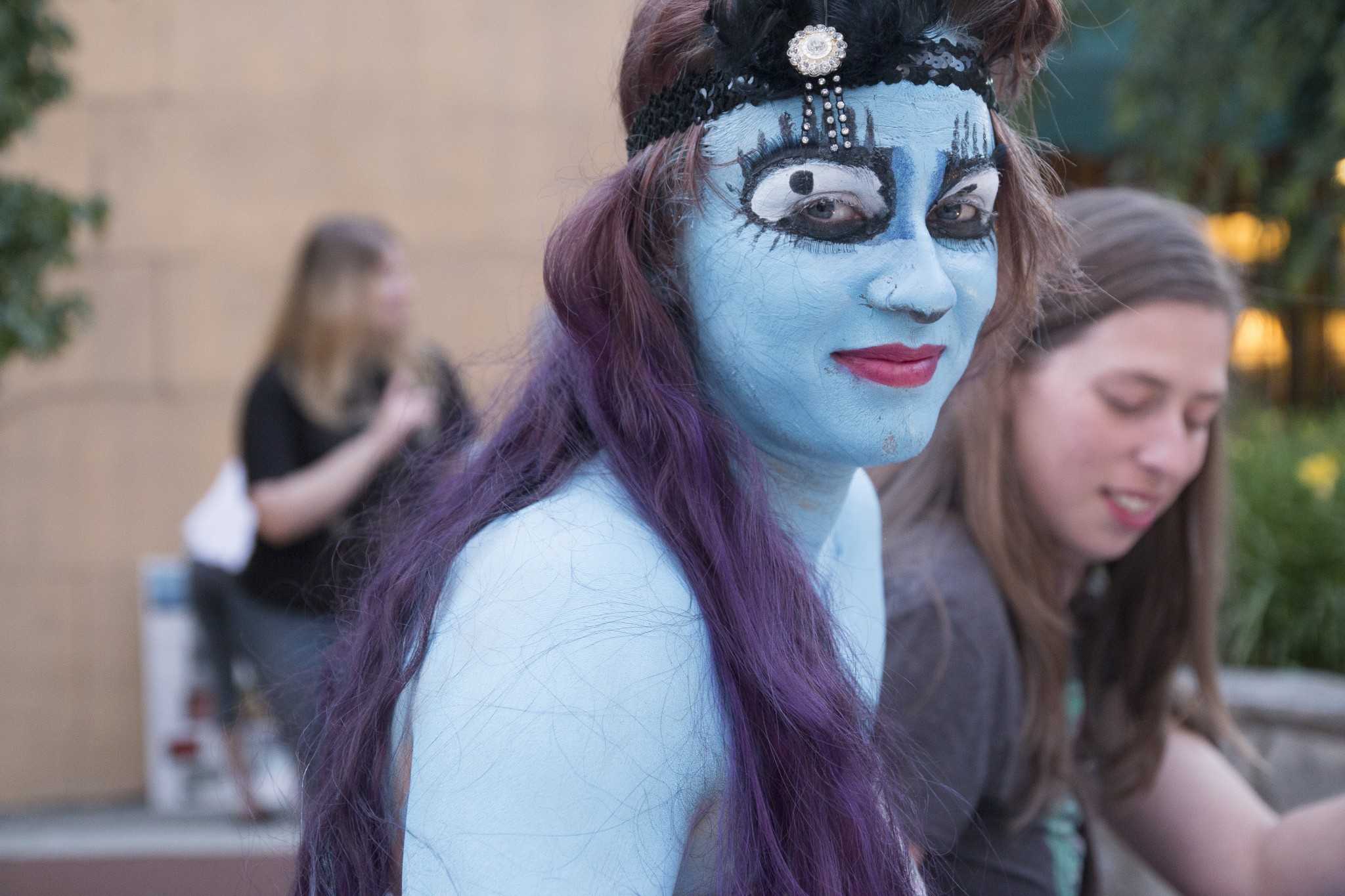 West King Street opened up into a cheerful commotion on Friday as people strolled up and down the sidewalk taking just a small taste of what the local art community has to offer.

Approaching from campus, pedestrians were greeted by the sound of folk music emanating from The Jones House and bouncing off the storefronts across the road, courtesy of local band The Lazybirds. They performed before a packed lawn audience of all ages.

Freestyle rappers gathered —  DJ in tow — in front of the Town Hall. Singers with guitars also came and went. In the courtyard of Footsloggers, a drum circle accompanied by wooden-keyed instruments formed beneath the climbing tower as lone vocalist Isani Howell improvised a song from five crowdsourced words.

“This is the first time we’ve tried the drum circle,” Christina Bailey of the Boone Community Network said. “We’ve been wanting to try this for a while.”

All of the crowd-pleasing attractions outside, however, did not take attention away from the art on display indoors. Patron favorites included the multi-artist show “Multiplicity,” hosted by Nth Degree Gallery, and 2-D artist Kirstin Kidd’s exhibition at 3rd Place.

“Technically, this is my first Art Crawl,” Kidd said. “I had my art up here in February but not for Art Crawl. I have prints available, but everything on the wall is either acrylic paintings or just hand drawn, pen and ink type stuff.”

“My art and their music kind of go hand in hand because we have a lot of the same kind of spiritual ideals,” Kidd said.

Art Crawl takes place every first Friday of the month during the summer.