“I felt a great sense of responsibility:” Solo play seeks to break stigma around race and mental health 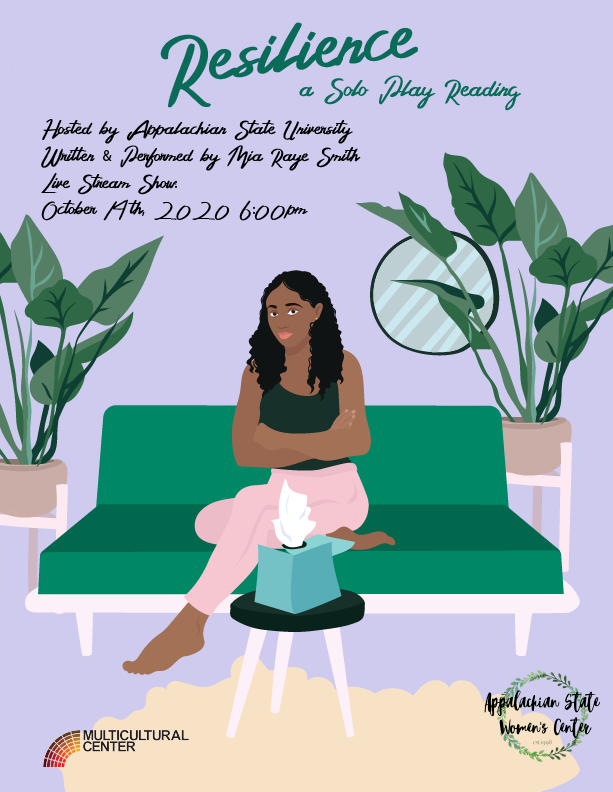 Courtesy of the Women’s Center

Mia Raye Smith performed her solo play on Oct. 14 in partnership with the App State Women’s Center and Multicultural Center. Smith seeks to create a conversation around mental health and race with her play.

The Oct. 14 show focused on a Black woman trying to find the perfect therapist for her anxiety disorder, and contains an array of different characters. The play tackles race in a therapeutic setting and the “strong Black woman syndrome,” Smith said.

“All of my shows are autobiographical, so everything is from my own perspective,” Smith said.

Smith anchored her show in mental health through the performing arts.

“Once I started touring, and I went around to different college campuses and theater festivals, is when I realized that there is a problem,” Smith said. “I felt a great sense of responsibility as an artist and as a Black woman to really use my platform to speak about mental health.”

Often, society sees Black women as strong, Smith said. But, she feels she has always been the opposite. Smith believes it’s important to change the narrative around strength.

“I think you can be strong and still go to therapy,” Smith said. “Strength doesn’t always mean you have to carry the burden alone.”

Smith feels most comfortable using theater as a medium to speak about mental health, and said she feels it is a powerful tool to combine the performing arts with mental health.

After Smith’s shows, she engages in dialogue with the audience. After the Oct. 14 show, she answered questions from audience members via Zoom. It’s one of the most important things, she said.

“That is really impactful when you’re talking about mental health,” Smith said. “Not just focusing on the performance aspect, but having dialogue with the audience.”

“Resilience” is one of the many events the Multicultural Center is hosting this year. Located in Plemmons Student Union, the center has hosted events for students, staff and faculty since its establishment in 1995.

Graduate Assistant Imani Dillon said the center usually focuses on marginalization, community, bringing awareness to certain cultural groups that may not have a big voice, and celebrating those that do.

Dillon said “Resilience” stood out to her because of Smith’s discussion of the intersectionalities of being a woman, being Black and dealing with mental health issues.

“I feel like I can relate to Mia a lot,” Dillion said. “And I feel like a lot of other people would benefit from hearing her story.”

Despite the COVID-19 pandemic, artists like Smith have adjusted to performing theatre online. Smith said she was inspired by how other artists have adapted and felt a great sense of responsibility to still perform her shows.

“I believe that my shows are powerful and that they have a message, especially right now during the pandemic so many people are suffering with their mental health,” Smith said. “I don’t want to miss connecting with the community out there that may need some help and support.”