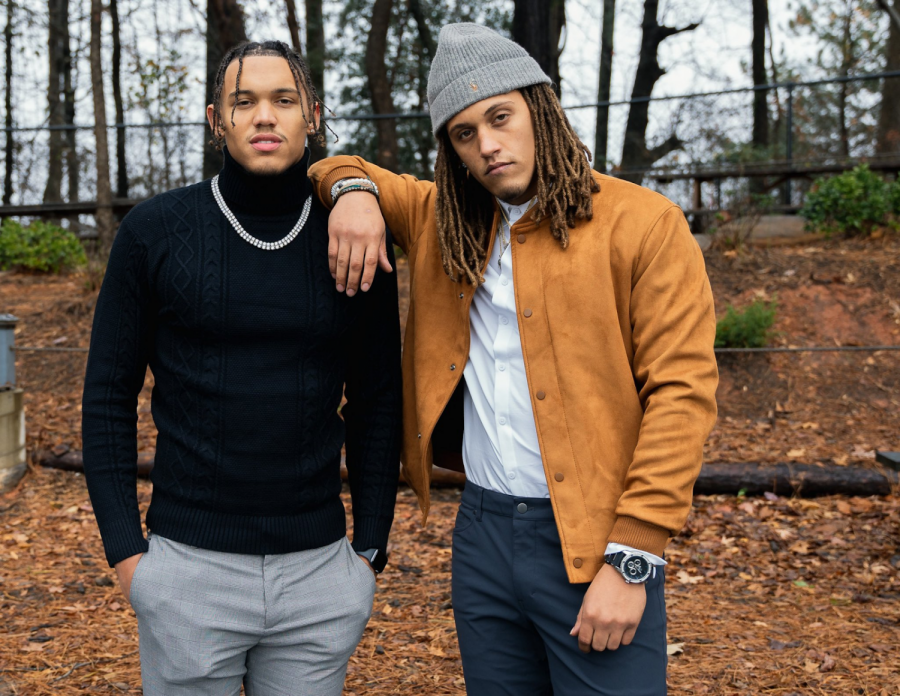 Super senior wide receiver Corey Sutton opted out of the 2020 season to take time to rehab from his knee injury that sidelined him late in the 2019 season. Now, returning to the team, he is no longer the only member of the Sutton family on the roster.

Freshman wide receiver Coen Sutton is the brother of Corey and committed to App State as a 3-star recruit. The pair are almost identical in size, both weighing in at 205 while Corey Sutton is one inch taller than Coen at 6 foot 3 inches tall.

“It’s funny to watch Corey and Coen because they run the same exact routes, it looks like identical twins … Corey is just a lot more mature and ahead of his time,” head coach Shawn Clark said. “It’s fun to watch Corey coach up Coen and see him take that in, he’s like a sponge right now.”

These two brothers are not the first Sutton family members at App State. Their parents, Clarence and Shannon Sutton, are both alums and Clarence was teammates with Clark during his Mountaineer career. Clark and Clarence Sutton were members of the 1995 Mountaineers who finished 12-1 and won the Southern Conference. Now, the family legacy continues and the family won’t have to travel far to see their sons play.

“I think it’s good for both of my parents that they didn’t have to come to two different schools,” Corey Sutton said. “A lot of our family members went here so I think it’s good, more than just being at the school (my dad) played at, just having us at the same school is a good upside.”

Since arriving on campus, Coen Sutton has learned at a quick pace from coaches and shadowed his brother, who is spending his fourth season with the program. Coen Sutton averaged 20.1 yards per catch during his high school junior season before his senior season was derailed by the pandemic.

Coen Sutton committed to App State in July of 2020 and made the decision solely by himself, as Corey Sutton said he didn’t want to impact his brother’s decision.

“I wasn’t leaning him (to come to App State) really and I didn’t come here at first either, but (Coen) knew what it was though, from watching me up here and telling him about it,” Corey Sutton said. “It was really his decision, but when he told me he wanted to do that, of course I was with it.”

With all starting wide receivers from the 2020 season returning, Coen Sutton will likely not see many snaps but will spend a large portion of the season learning from the likes of his brother and super senior wide receiver Thomas Hennigan.

“(Coen) can watch me work and we can make each other better, it’s a good thing. I’m more focused on this being my last year, but it’s good from a developmental standpoint having him here,” Corey Sutton said.

For Corey Sutton, this season will be a comeback story after spending more than a year without a snap in the Black and Gold, and he wants to make the most out of his final opportunity, especially with his brother watching from so close.

“I haven’t had a full season except for 2018 here, but it’s 2021 now and I’m a whole different athlete right now. It’s time to go out there and just let everything fall how it’s going to fall,” Corey Sutton said.

Now, with spring practice in full swing and the pair practicing together, the 2021 season will be a huge moment for the Sutton family, who has such a strong legacy up in Boone. Corey Sutton is currently tied for fifth in App State history in receiving touchdowns with 17 and will look to inch closer to the record held by Brian Quick, the highest NFL Draft pick in App State history, with 31 touchdowns from 2008-10.

Coen Sutton wants to live up to the expectations that come with the family name, and has made strides early in practice in Boone.

“I’m just watching everything (Corey) does and translating it to my game, because our games are so similar, and just trying to use that to better myself,” Coen Sutton said. “The culture here is so different, it’s such a family environment, Coach Clark is just such a cool head coach and I love him. I’m just looking up to all these super seniors and trying to build off them.”

The Mountaineers will continue spring practice as the season continues to inch closer to its start in September vs. East Carolina at Bank of America Stadium in Charlotte, the home of the Carolina Panthers.