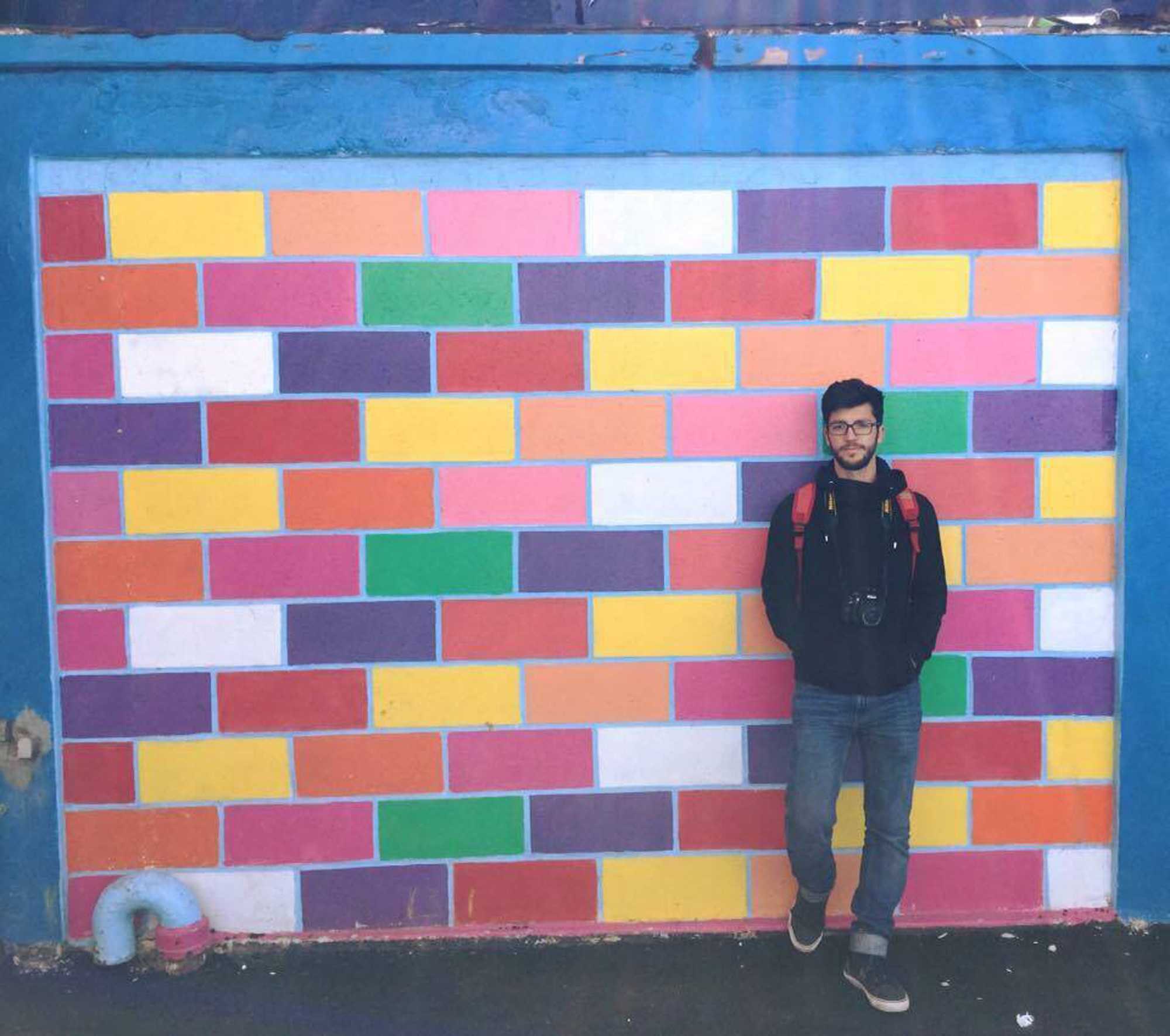 Junior creative writing major Ahmad Al Homsi. Al Homsi could not return to the U.S. during the travel ban.

President Donald Trump’s January travel ban sparked protests across the country before it was stayed by a federal appeals court.

The order suspended visas for anyone with a travel document from seven Muslim-majority countries. Ahmad Al Homsi, a junior creative writing major at Appalachian State, was stuck in the United Arab Emirates due to this provision.

Al Homsi said he went to the UAE due to a family emergency and heard about the ban while he was on the plane.

Once in the UAE, he said family matters took precedence over his ability to re-enter the U.S. for the first few days, but when he attempted to return his Syrian passport precluded his ability to buy a ticket to America.

“When they told me I couldn’t return I was like, ‘OK then, I don’t want to anymore,’ but my brother he kept insisting and he took me to the airport every single day and we would try every day,” Al Homsi said.

Finally he heard the ban had been lifted, so he went to the airport but most airlines refused to sell him a ticket because they had not heard official word of the change. He eventually found an airline that let him buy a ticket at his own risk but was stopped by a U.S. customs officer who told him he hadn’t heard about the ban being lifted.

“To be honest it completely depends on the officer themselves because some of them, they were hateful and disrespectful but some of them, like when I was coming back the officer when she saw my papers and saw that I was Syrian she told me welcome back home and then she said I’m sorry for everything that had happened to me,” Al Homsi said.

Al Homsi said he tried to explain he had to get back to the U.S. for school, but it fell on deaf ears and he ended up missing that flight.

Two hours later Al Homsi got a call from the airline and was told the ban was officially lifted, but had to buy another ticket to return.

Al Homsi said when he finally managed to get on a plane to the U.S. all he really wanted to do was sleep.

“When I came back my friends were like, ‘aren’t you angry, aren’t you mad?’ and I’m like I’ve been mad for ten years you know,” Al Homsi said. “It’s too late to be mad, I got numb to it.”

During the period of uncertainty before the stay was issued, Al Homsi said he was in close contact with the Office of International Education and Development, who provided him with up to date information from different government agencies and helped to accommodate his absence from classes.

“We want them to be able to make the most well-informed and complete decision based on the total package of information that they have available,” Adam Julian, director of International Student and Scholar Services & Outreach, said.

Al Homsi said most of his professors were very understanding about his situation.

“It was funny telling my teachers because like no one had any idea when the ban would be lifted so we tried to see if I could take my classes online and we tried that but thank god I came back,” Al Homsi said.

Chancellor Everts said in a statement that Appalachian’s international students greatly enrich the campus and that administration will continue to dedicate their energy to ensure their safety and well-being.

Al Homsi said that while he’s happy to see people protesting Trump’s travel ban, but he feels that people were ignoring the issue before.

“The ban is not a new thing, the ban was there a long time ago it’s just that now it became official, because before if you’re Syrian or Iraqi or whatever it’s really really hard to get a visa from the start,” Al Homsi said. “There was a ban before but it was in a different form.”

Al Homsi said he believes he was allowed in the country on a student visa because he was born in the UAE, not Syria.

“My brother applied maybe three times and he got rejected every single time and they would tell him because you’re Syrian,” Al Homsi said.

Al Homsi said that while he does not support Trump or his policies, he’s almost thankful that his bluster and ineptitude have brought popular attention to U.S. immigration policy.

Al Homsi said at the end of the day he was not as negatively affected by the ban as many others were and hopes this is the last of it for their sake.

“I just hope he doesn’t do the ban again because maybe I wasn’t affected, but like I told you, I know a lot of Iraqis and Iranians and they’re not as privileged as me and it was really bad for them,” Al Homsi said.

Al Homsi said that he still loves Boone and is happy to be back home.