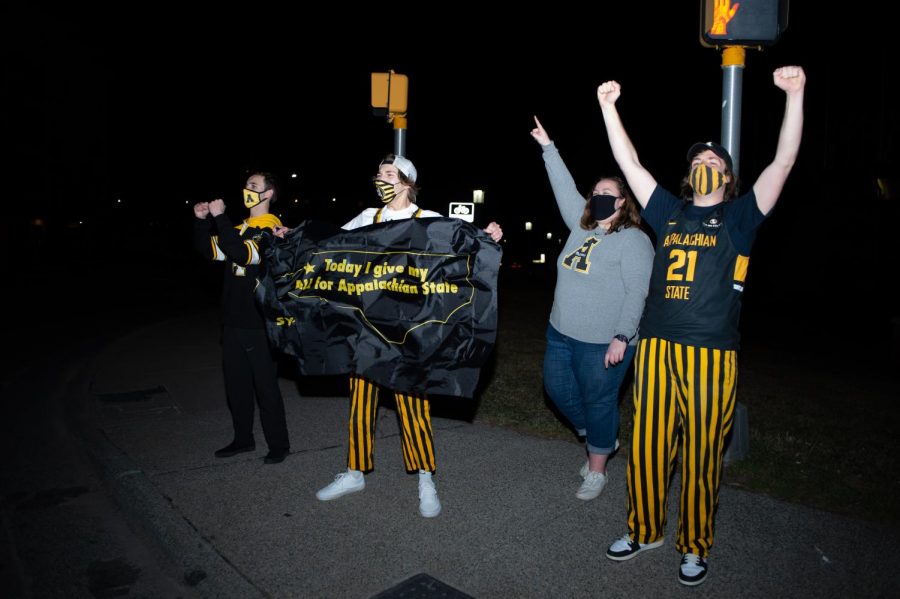 “I thought we outplayed them. I thought we deserved to win the tournament,” head coach Dustin Kerns said. “This is something that we’ve talked about, and I’m just so proud for our players and our university.”

The championship matchup was App State’s fourth game in as many days, two of which went into overtime. On their way to the title, the fourth-seeded Mountaineers knocked off second-seed Coastal Carolina and both No. 1 seeds, including the regular season Sun Belt champion Texas State Bobcats.

“The Xs and Os are part of it … but there’s an inner drive, and that becomes contagious throughout that locker room,” Kerns said. “That belief in one another is very powerful.”

Even before the tournament, the team faced adversity all throughout the season. The COVID offseason, starter Kendall Lewis transferring, and a three-week pause after positive COVID tests all forced the Mountaineers to choose whether they would embrace the difficult season, or waste it.

“It’s a very connected locker room. There’s a lot of love for one another, and that’s where it starts,” Kerns said. “I don’t know that we’ve got the greatest individual talent in this league … but I think we’ve got an unbelievable team.”

Throughout the first half, both teams traded brief runs, unable to gain substantial separation. The Mountaineers finished the half with a 8-3 run to bring the score to 37-35 heading into the break, Panthers in front.

Graduate transfer guard Michael Almonacy led the way early for the Mountaineers as he dropped 16 first half points, nearly half of the team’s total. Junior Adrian Delph added 13 points and four rebounds.

“Another veteran guy who can really shoot it,” Georgia State head coach Rob Lanier said of Almonacy. “Credit to him. It was a good performance by that young man.”

The Panthers gained a modest lead behind 6-11 3-point shooting and 18 bench points compared to App State’s 2. However, the Mountaineers’ ability to convert turnovers into points allowed them to hold tight. They entered the intermission with 13 points off seven Georgia State turnovers.

“I thought that we had a really good game plan and our guys executed it,” Kerns said. “Defensively, I thought we were outstanding. They did not get much easy.”

At the 13:34 mark in the second period, Almonacy drilled two consecutive 3-pointers to take a 46-41 lead. The Mountaineers quickly stretched that lead to 9 with 9:40 to go.

Down by 10 with just over two minutes remaining, Georgia State applied full court pressure and began fouling the Mountaineers in order to stop the clock. App State hit 13 of 16 free throw attempts as the clock ticked down, stamping out any hope of a comeback for the Panthers.

Almonacy was named the tournament’s MVP after posting a career-high 32 points in the championship game. He averaged 21.8 points, 3.8 assists, 6.5 rebounds and hit a Sun Belt record 20 3-pointers throughout the tournament.

“It means the world,” Almonacy said. “This is why I came here. I wanted to play in March Madness at the highest level I can.”

Senior Justin Forrest and Delph combined for 37 of the 48 remaining Mountaineer points. Delph posted 22 points and six rebounds while Forrest finished with 15 points.

“I’m just really happy for our players that they get to experience the NCAA tournament,” Kerns said.

On March 14, the Mountaineers will hear their name called on Selection Sunday for the first time in 21 years. It took Kerns just two years in Boone to help App State find its way back to the biggest stage in college basketball.