James Center director set to retire at the end of January 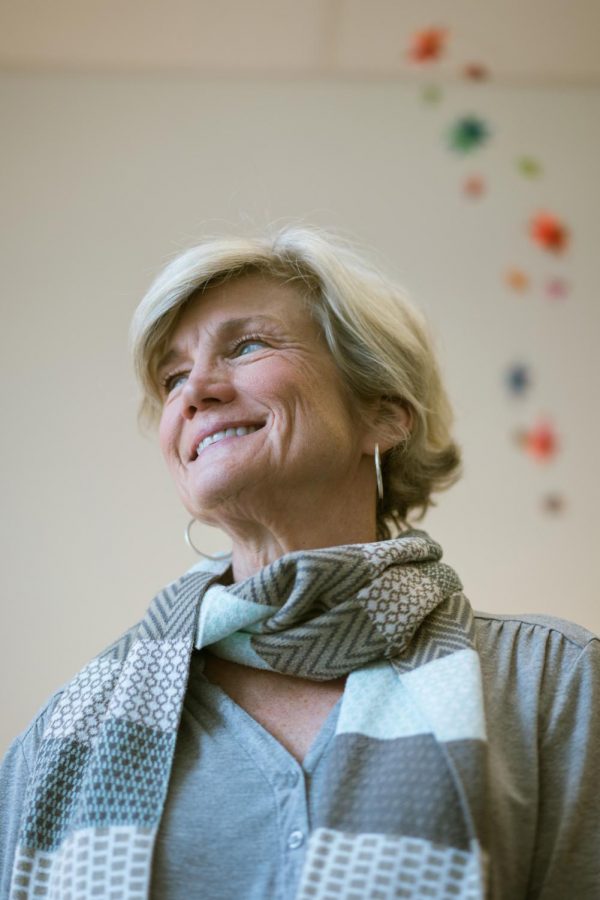 Jan Stanley is the advisor of the App Educators club. The App Educators' is a club for education students and anyone who is interested in "supporting education," according to their website.

After serving as director of the James Center, Reich College of Education’s advising center, for 10 years, Jan Stanley retired at the end of January.

“There’s so many incredible students that still want to teach,” Stanley said. “They just give you hope for the future because teaching is so important.”

Stanley’s desire to teach started when she was in elementary school.

“I was inspired (to teach) by my fifth-grade teacher, Mrs. Knifley,” Stanley said. “We just did lots of exciting things.”

Stanley was a fourth- and fifth-grade teacher for 17 years in Banner Elk before accepting her first position at App State as program coordinator for the Gaining Early Awareness and Readiness for Undergraduate Programs grant.

The GEAR UP grant aimed to excite first-generation college students about school.

“When I first finished college I couldn’t find a teaching job, so I didn’t teach until I was 30,” Stanley said

The ACES program is a four-year program that teaches professional development and community service.

Stanley said one of her favorite memories of her career was winning the Harvey Durham Outstanding Freshman Advocate Award in 2015, which is given to one full-time App State faculty member every year who has contributed significantly to freshmen succeeding on App State’s campus.

“She is an advocate for the students and their success in college and life, as well as an advocate for teachers here in the state,” scholarship coordinator and accelerated admissions recruiter in the James Center Rebekah Saylors wrote in an email.

Stanley said a person who inspired her was Michael Jacobson, who used to teach in The Honors College at App State.

Jacobson participated in a program called “Teacher on Loan” in which professors teach at a college and in a grade school classroom for a year each and alternate.

“I applied for that position but I didn’t have a master’s degree,” Stanley said. “He called me into his office and said, ‘You’re the person we wanted to hire but you don’t have a master’s and we can’t hire you. You’ve got to go back and get your master’s.’”

Stanley went back to school for her master’s and said Jacobson was one of her favorite professors during that time.

“Before he retired, I actually co-taught an honors freshman seminar class with him for three years,” Stanley said.

Stanley said she is retiring to spend time with her family and do things she doesn’t have time for now.

“I have four little bitty grandkids,” Stanley said. “I love to do things outdoors. I just don’t have a lot of time to do things I want to do.”

Stanley said she is going to miss everyone at App State, but is looking forward to retirement.

The James Center will hire a replacement after an interim director serves for six months, Stanley said.

“(App State) has been a great place for me. I’ve enjoyed the students. They’re pretty incredible,” Stanley said.