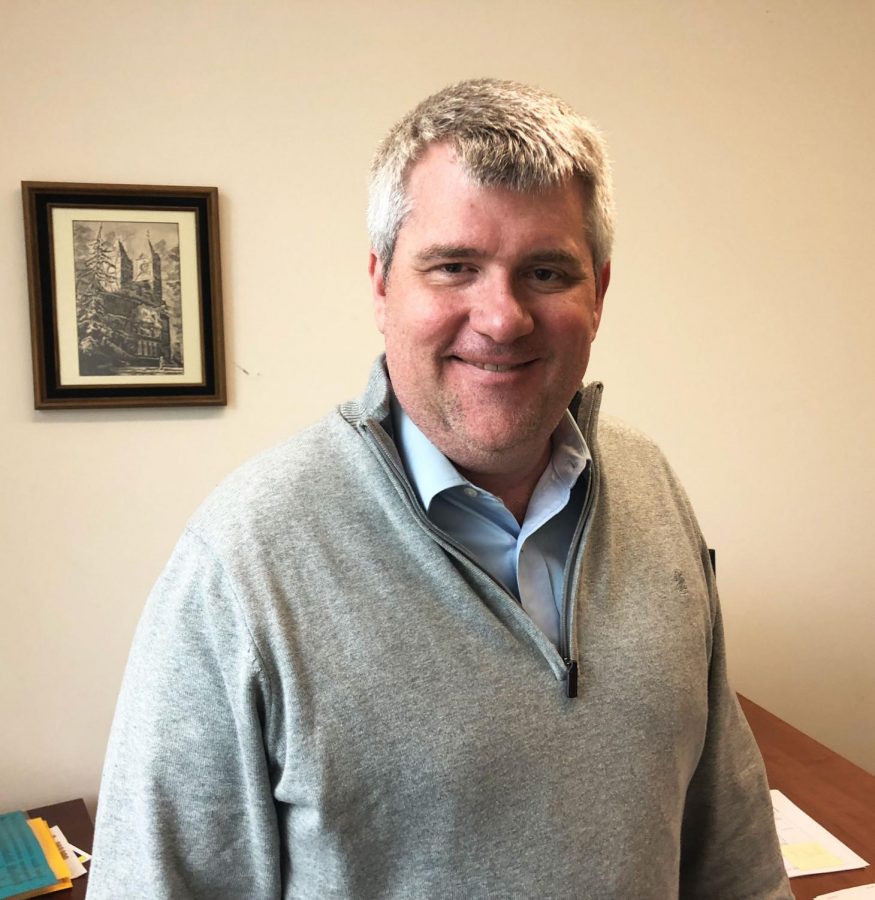 Jeffrey Coats is the interim director for the James Center for Student Success and Advising. Coats has focused on how Reich College of Education programs can improve and has spent time getting to know students, faculty and staff in ROCE since he took on the position last month.

After just over a month in his new position, Jeffrey Coats is already bringing changes to the James Center for Student Success and Advising’s programs and positions.

Coats previously worked as associate provost and dean of students at Eureka College in Illinois before coming to App State in January 2018.

“Every institution is unique, so I’m learning the App State way of doing things,” Coats said.

Coats said he spent the last month getting to know the students, faculty and staff of the Reich College of Education after he was appointed director in early February.

“I think it’s important to understand the history of a center or a program,” Coats said. “And also establish relationships and then have a collaborative vision and a shared vision of what you want in the future.”

Coats said he has looked at how programs RCOE offers can improve and what programs the college could offer in the future.

“One initiative that I’ve been working on in conjunction with Dr. (Alicia) Muhammad is starting a fellowship program for first-generation underrepresented students,” Coats said.

Muhammad is an undergraduate teacher education adviser in the James Center.

Coats said RCOE will offer the fellowship in the fall, and he and Muhammad will host an interest meeting later in the semester.

“I think the James Center does a lot of great work, but there are always ways to improve things,” Coats said.

He said he has experience working with education programs at other universities and wants to make the experience of education students as meaningful as possible.

Coats created a new position in the James Center: associate director of retention initiatives, which will provide academic advising and professional development to RCOE students.

“One of the main focuses is looking at what our teachers need in the field and then providing those opportunities and professional development programs for our education majors,” Coats said.

Coats said the idea for this position came from the question, “Why are North Carolina teachers leaving the profession of teaching?”

A report by the North Carolina State Board of Education showed an overall attrition rate of 8 percent, meaning 8 percent of North Carolina teachers left the profession in the 2017-18 school year.

Coats is following in the footsteps of former director Jan Stanley, who held the position for 10 years.

“Whenever there’s change, especially with someone like Jan, who served for a really long time and left this incredible legacy, I think it can be kind of intimidating to come into a role like that, but I think he’s done it really well,” assistant director for student engagement in the James Center Megan Kasper said.

Kasper said she is excited to work with someone with as much student affairs experience as Coats.

“Our office is very hands-on, so I think it’s a good fit for him and a good fit for us to have someone who is really excited to build relationships with students and get to know them,” Kasper said.

Nia Robinson is a junior middle grades education major and president of the Appalachian Educators club. She said Coats’ student affairs background is a difference in the center.

“It’s definitely a different perspective that we’re taking, but we’re thankful for it,” Robinson said.

Robinson told a story of one day when Coats came in during a shift of hers working at the James Center desk. She said he had just gone to the eye doctor and still had his eyes dilated. She asked him why he came in if he couldn’t read or write anything, to which he replied, “Well, I can still talk.”

Coats said it is challenging getting to know so many students, faculty and staff members, but he said it is a good thing

He said he would love for his interim title to turn into a permanent one.

App State is Coats’ fifth institution of higher education, and said the levels of dedication and involvement of RCOE students and App State students in general impresses him.

“I think you all are very genuine and very hard-working, and that’s an inspiration to me as an educator,” Coats said. “That makes me want to do everything I can to help you all.”