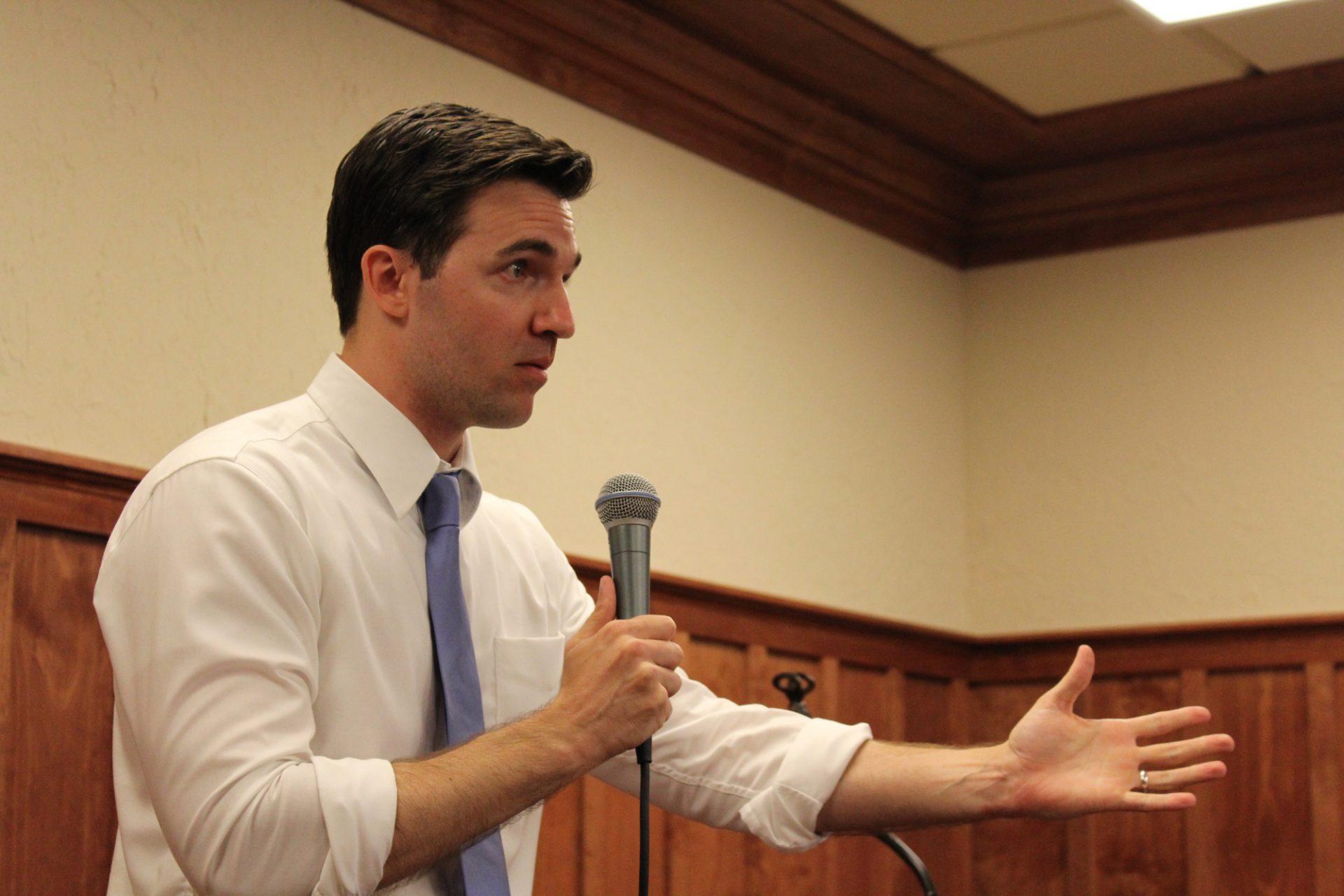 Jeff Jackson answering a question from an audience member during his lecture in Blowing Rock on September 17th. Jackson is an NC congressman in Charlotte and stresses the importance of bipartisanship in today's political atmosphere.

State Senator Jeff Jackson, D-Mecklenburg, spoke to about 60 people in Blowing Rock, North Carolina about how important bipartisanship is to the state’s political future.

“Bipartisanship in a state like North Carolina is the key to progress,” Jackson said.

He said North Carolina can be a model for implementing 50-50 bipartisanship if reforms are made.

“The only reason why bipartisanship is so hard right now in North Carolina is because of the effect that gerrymandering has had on the political composition of the legislature,” Jackson said.

Education is also a significant issue to Jackson. Early childhood education in addition to nurse-family partnerships have been proven to be the most effective in creating change for those in poverty.

“When [millennials] start fully participating in the political process, which they are not right now, my sincere hope is that they manage to upgrade that discourse, to make it a more informed discourse,” Jackson said.

Jackson said constituents looking to get in touch with their legislators should try to schedule an in person meeting because it will lead to a more productive conversation, but email or postcards could also be valuable ways to interact with your representative.

Automation is coming to North Carolina quickly, meaning that one-third of the jobs we have now will be gone in 20 years, according to Jackson. Jackson said focusing on apprenticeships and bringing down the cost of community college will allow North Carolina to grow when millions of jobs disappear.

The lecture was the end of a series put on by the Blowing Rock “Per-Sisters,” who describe themselves as a group of like-minded, civically engaged women.