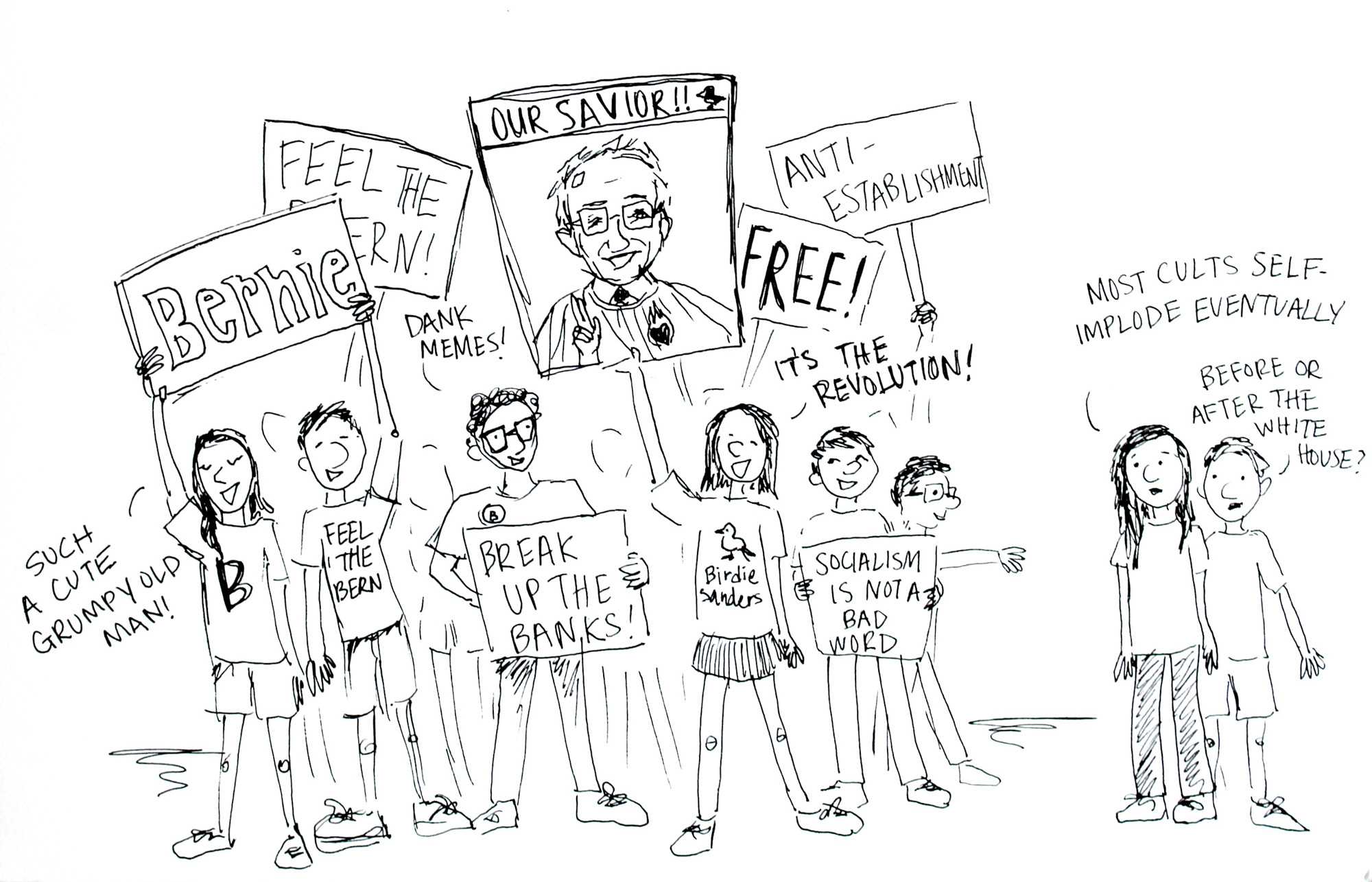 As the presidential primaries enter the final stretch, it is looking more and more like Bernie Sanders will not be the Democratic nominee.

While a recent Fox News survey shows Sanders gaining on Clinton in the all-important California primary on June 7, FiveThirtyEight still gives Clinton an 88 percent chance of victory based on its analysis of polls.

Still, even though I feel pretty sure that Sanders will not be the Democratic nominee, I hope he sticks it out. As frustrating as this election has been, at least we appear to have an election where all states will actually matter.

Of course, in many ways this campaign is bigger than Sanders. Sanders likes to describe his political program as a revolution, and while I believe there is a great deal of exaggeration in that, there is still a lot of merit to what Sanders says.

Unlike any candidate that I have seen in my lifetime, he talks vigorously about fundamental issues from income inequality to climate change and student debt.

While I do have some issues with specific plans in certain areas, I think he sets the proper tone that we need moving forward, especially where the issues of income inequality and college affordability are concerned.

Especially as a college student, the need to spur greater investment in higher education and ensure the broadest possible access is highly appealing. The biggest problem facing higher education has been the loss of funding.  This has been a major leading factor in the transition of universities, even public universities, into corporate entities at the expense of their public missions.

More broadly, what Sanders represents is the need to bring about a society that truly is more democratic and provides greater opportunity for people who have not had it. While I might have my questions about certain policies, the overall vision is worth pursuing.

And throughout the process, everyone who supports Sanders should keep in mind that it really is about the ideas. I’m worried that a cult of personality has developed around Sanders among at least some of his supporters, and that this type of attachment might lead some Sanders supporters to become disillusioned with the process.

As someone who has closely followed this election, and has seen a lot of the excitement around Sanders, I think there is a sense among many Sanders supporters that he is our only hope.

In a political landscape that offers little in the way of authentic choice, I can understand that feeling. However, I think it is ultimately counterproductive. Even if Sanders is elected, a lot more will still need to be done to deliver on the bold ideas Sanders has put forward.

Putting these ideas into practice will take a concerted effort at all levels of government. It requires a commitment, and I hope that most Sanders supporters who are drawn to him because of his positions will understand the importance of the long game.

Sanders’ campaign has been a critical development. It has ignited a crucial movement to make major changes, and we should all work to keep that alive no matter whether or not Sanders becomes the Democratic nominee.

Griffin, a senior journalism major from Madison, is the opinion editor.