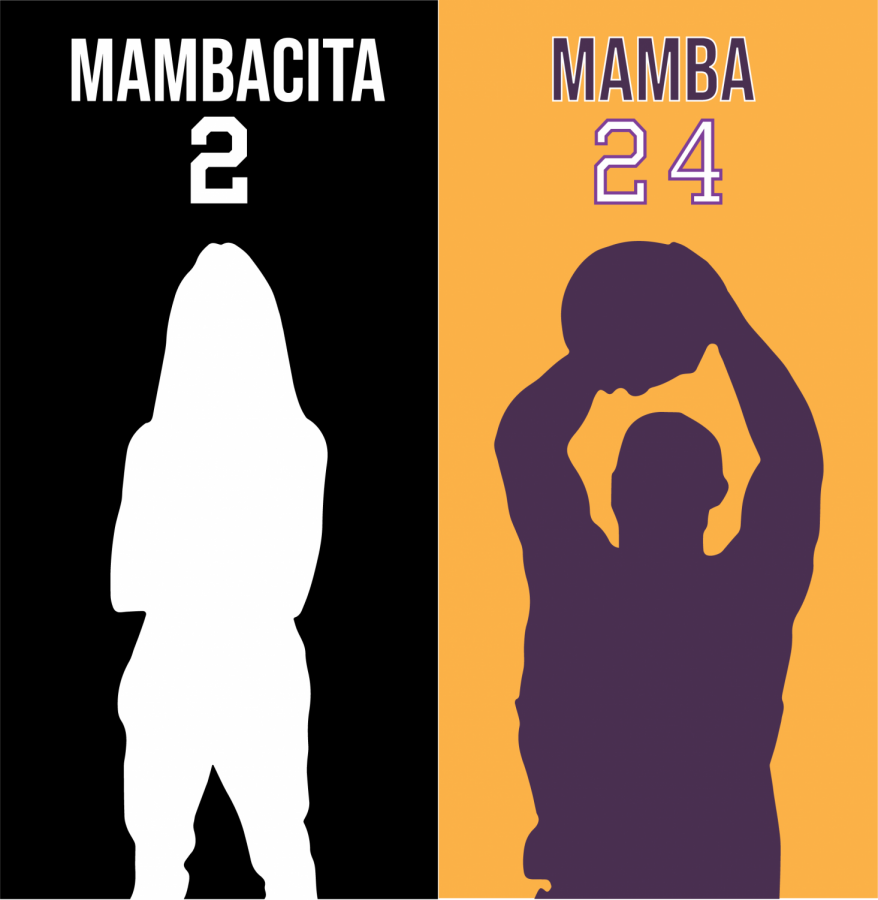 The entire world was flipped upside down on Jan. 26 when news spread that NBA legend Kobe Bryant died in a tragic helicopter crash.

“I was in denial and in shock. I was heartbroken and could not believe that the world was losing someone so impactful. I literally thought to myself, ‘Kobe was never supposed to die,’” junior women’s basketball player Michaela Porter said.

A memorial for Kobe and Gianna Bryant was held on Feb. 24 at the Staples Center. The date, 2/24/20, was intentionally chosen as Gianna wore #2, Kobe wore #24, and Kobe and his wife Vanessa were together for 20 years. At the televised event, a myriad of NBA stars littered the crowd as former greats like Michael Jordan and Shaquille O’Neal shared remarks on their close friend.

In the wake of Bryant’s unexpected death, outpourings of love and appreciation have come from countless people inside and outside the sports world. In Boone, the news hit home with basketball players on both of App State’s basketball teams.

“He was my idol. I looked up to him since I was younger and just admired his game and his work ethic and how dedicated he was. He was an inspiration to me to go out and go harder,” freshman men’s basketball player Donovan Gregory said.

After retiring, Bryant became known as an Oscar-winning storyteller and family man. He coached his daughter Gianna Bryant’s basketball team, and helped bring more popularity to women’s basketball. She also died in the crash.

“Kobe, to me, was the true voice of women’s basketball. He was trying to change the game for his daughter, and in doing so, he was changing it for everyone else,” sophomore women’s player Haile McDonald said. “It was more of his mission than anyone else.”

Junior guard on the men’s team, Michael Bibby, had a connection to Bryant that was deeper than most others’ because of his father’s career in the NBA.

“I grew up watching him play a little bit against my dad, and honestly, I hated the dude. He took my dad out of the Western Conference Finals. But at the same time, I had a lot of respect for him. The way he competed every night, every practice, he just wanted to keep that competitive edge up on anybody in the league,” Bibby said.

When Bibby received the news of Bryant’s death, he was devastated.

“I met Kobe a couple of times. I wasn’t really too close with him, but it was a little bit deeper for me because I personally knew him,” Bibby said. “My mom called me and told me that it happened, and I didn’t believe it at first. I don’t think anyone really did. I kept refreshing Twitter, and did that for about two to three hours. Then, when a lot of sources started confirming it, I just felt very sick. I couldn’t think straight. I was crying a little bit.”

When asked about their favorite Bryant memory or moment, most of the players quickly pointed to one of two particularly memorable games: The “Achilles Game” versus Golden State, and Bryant’s farewell game versus Utah.

On April 12, 2013, the Los Angeles Lakers played the Golden State Warriors in the 80th game of the regular season. With just three minutes and eight seconds remaining in a two-point ball game, Bryant attempted to drive past Harrison Barnes before buckling and falling to the ground. He had ruptured his Achilles’ tendon. Despite suffering the devastating injury just moments before, Bryant hobbled to the line and sank two game-tying free throws before leaving the court.

“That just showed who he was as a person. He was going to be strong and fight no matter the circumstance,” freshman men’s player J.C. Tharrington said.

Senior Hunter Seacat said, “That just goes to show you no matter how much pain or suffering he was in, he was going to give everything he could to be out there and give it his all.”

Nearly exactly three years later, April 13, 2016, the Black Mamba had one game left to play. The final game took place in the “House that Kobe Built,” —the Staples Center. Tired, drained and worn down, Kobe gave all he had on the court one last time, putting up a staggering 60 points at 37 years old.

“That last game showed me how amazing he was and how people loved him. He dropped 60 points effortlessly as if it wasn’t hard to do, and a lot of players in the NBA have never gotten close to that many points,” junior women’s player Maya Calder said. “His speech after the game was also funny and memorable when he said, ‘Everyone always tells me to pass, but tonight they were saying shoot.’”

While Bryant provided enough memorable moments to last a lifetime, many of the players wish they could have just one more with him to thank him.

“Thank you for everything that you’ve done for basketball and the things that he was beginning to do for women’s basketball,” Porter said.

Maya Calder was most impacted by the example Bryant set for not only athletes, but all people.

“You created the ‘Mamba Mentality’ that is a standard that people can live by if they need a recipe for success in any field of work. You’re one of the greatest because you put yourself in that position, and I respect you even more for that,” Calder said. “Thank you, Kobe. We all love you.”

Bryant’s life away from basketball inspired Seacat as much as his on-court success did.

“I mean, he retired so that he could spend more time with his family,” Seacat said. “Thank you for everything you’ve done for the younger athletes that are aspiring to be professionals one day.”

While Bryant may be gone, the lessons he taught by example will continue to live on and impact people for years to come.

“I hope everything he has done never gets forgotten, and he continues to be thanked for his dedication, and persistence throughout the years,” McDonald said. “Thank you, Kobe, thank you.”