Chancellor Sheri Everts announced Monday that Darrell Kruger stepped down from his role as provost and executive vice chancellor, effective Feb. 8, after five years of service beginning in 2015. 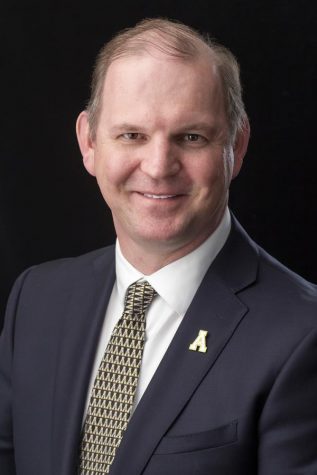 Darrell Kruger has stepped down from his role as provost and executive vice chancellor, effective Feb. 8, after serving since 2015.

“I support Darrell in his decision, and I know everyone in the Appalachian Community joins me in extending appreciation to him for his leadership and service to the university and his work to support Appalachian’s slow and steady enrollment growth and superb graduation and retention rates,” Everts said in a message to faculty and staff.

Megan Hayes, App State’s spokesperson, said it was Kruger’s decision to step down.

Everts also said in her message Kruger would be assigned to special projects in the Chancellor’s division for the remainder of the academic year.

“Heather’s career of service to Appalachian, her passion for the continued success of the university and her stellar reputation combine to make her an excellent choice for interim provost and executive vice chancellor, and I thank her for stepping into this position,” Everts said in her message.

Norris became the dean of the Walker College of Business in July 2016.

In an email to colleagues with the subject line “With Gratitude,” Kruger explained that when he interviewed for the position, he indicated it was his intent to serve for three to five years. He wrote that stepping away from his role as provost and executive vice chancellor would enable “a smooth transition in Academic Affairs.”

“I value the collegial friendships that I have cemented here, and I will remain a member of the university and wider community with a different title in front of my name,” Kruger wrote. “I wish you all well as you continue to grow Appalachian and build on the accomplishments we have achieved together.” 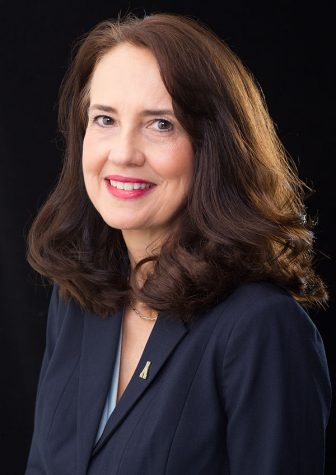 A national search for provost and executive vice chancellor will be established in the fall.

“Sandy’s steadfast leadership and student-focused approach will serve her well in her role as acting dean,” Norris said in a press release. “I thank Sandy for her continued service to the Walker College and know the entire college will continue supporting her in this new role.”

Vannoy joined the Walker College of Business faculty as a lecturer in the Department of Computer Information Systems in 1998. In 2010, Vannoy became an assistant professor and then dean for graduate programs and research in 2014.

In 2015, she was promoted to associate professor and associate dean, before promotion to professor in 2019.

She holds an MBA from App State and a Ph.D. from UNC-Greensboro.