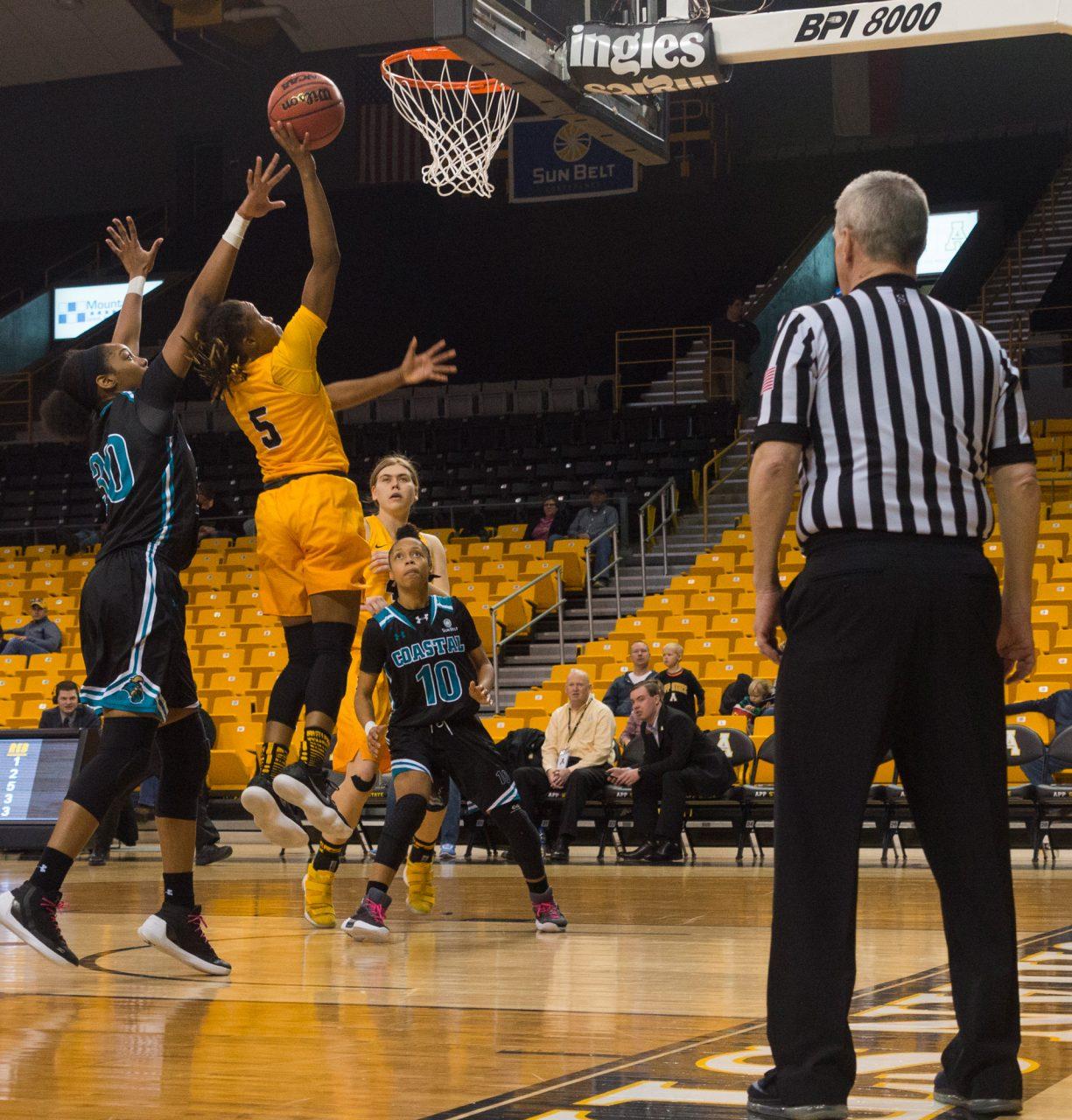 Junior guard Presha Stanley jumps with the ball and scores two points during an App State home game in 2018.

The App State women’s basketball team had its home opener against Gardner-Webb on Friday night where they lost 67-56. Coming into this game, the Mountaineers were 0-3 on the season, with losses to VCU, Elon, and #6 South Carolina.

In the first quarter, App State was up 8-4 behind 6 points from junior guard Pre Stanley. This lead didn’t last long for the Mountaineers as Gardner-Webb went on a 12-1 run to close out the quarter. The Bulldogs carried this momentum into the second quarter to outscore App State 15-10, and take a 31-19 lead going into the half.

To start the third quarter, App State went on a 13-0 run to take the lead at 32-31. Junior forward Lainey Gosnell knocked down back-to-back three pointers to give the Mountaineers the lead.

“I got into some foul trouble early, and I feel like my role on the team is to make an impact, and we needed some scoring, and I just came in and tried to knock down some shots and they were falling for me,” Gosnell said.

App State outscored Gardner-Webb 18-9 in the third quarter and held them scoreless for the first 7 minutes of the quarter. However, the Bulldogs were back on top heading into the fourth quarter, up 40-37.

After the game, head coach Angel Elderkin talked about why her team couldn’t close this game out.

“We made a run, they never wavered. They came back with another run,” Elderkin said. “I thought that was the ultimate sign of toughness, so hopefully our team learns something today.”

Pre Stanley led the way for Mountaineers with 24 points, and Lainey Gosnell tacked on 13 points and 7 rebounds.

After this loss, App State is now 0-4 and is still on the hunt for its first win of the year. Their next game is on Monday against East Tennessee State at home.