For Lamb, pressure of starting role nowhere to be found 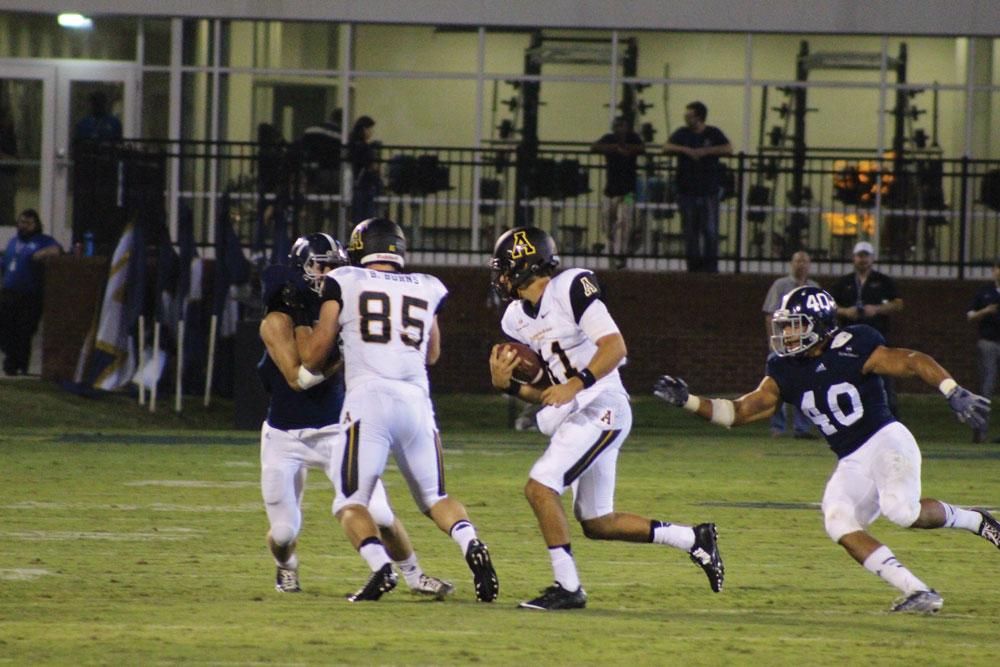 Being thrust into the role of starting quarterback is no simple feat.

Lamb, who came into the season as a backup to junior quarterback Kameron Bryant, saw action against Michigan and Campbell and impressed coaches enough to earn his first start at Southern Mississippi in a 21-20 loss Sept. 20.

“He is now the guy under the spotlight and he has to be in control,” quarterbacks coach and co-offensive coordinator Mike Ponce said. “Guys are going to look to him for leadership and now he is in that leader role. He has showed he can be in control.”

The redshirt freshman had a successful debut against Southern Mississippi, completing 28 of 40 passes for 264 yards and two touchdowns. Lamb also ran for 39 yards on eight attempts.

Lamb’s second start Sept. 25 resulted in another loss, this time a 34-14 loss to Georgia Southern. Lamb completed 23 of 42 passes for 256 yards but threw two interceptions. He also had a 19-yard touchdown run in the second quarter.

Ponce said the quarterback switch was based on who had better accuracy.

“We felt [Lamb has] been a little more consistent with throwing the football,” Ponce said. “[Lamb has been] managing the offense a little bit better and being a little bit more on time with the routes.”

Ponce said in addition to his consistent accuracy, Lamb has the leadership qualities a starting quarterback needs to succeed.

“Obviously it’s a lot of pressure, but I don’t feel any,” Lamb said. “I just have to go out and listen to my coach and win the ball game with my teammates.”

Competing for the starting job is something Lamb has experienced before.

“[My] freshman year of high school, [the starting quarterback] was a sophomore and we competed for two years,” Lamb said. “My family then moved away and he’s now quarterback at Furman. He’s still a good friend of mine.”

Junior wide receiver Malachi Jones said the switch has been positive thing for the Mountaineers so far.

“I think both [Lamb] and [Bryant] were put in great positions to succeed and they both have similar styles of play,” Jones said. “They both feed off each other and it’s been a smooth transition.”

Jones said he and the team are confident with Lamb behind center.

“He’s very confident in his style of play, he doesn’t feed into the pressure of being a redshirt freshman,” Jones said. “He’s cool under pressure and has very good touch on the ball.”

Lamb also has some team goals he is focusing on.
=
“We have to win the Sun Belt,” Lamb said.  “I don’t care if we are underdogs every game, we are going to go out there and try to win the conference.”

App State (1-3) returns to The Rock Saturday to take on South Alabama (2-2) at 6 p.m. as Lamb makes his third start of the season.