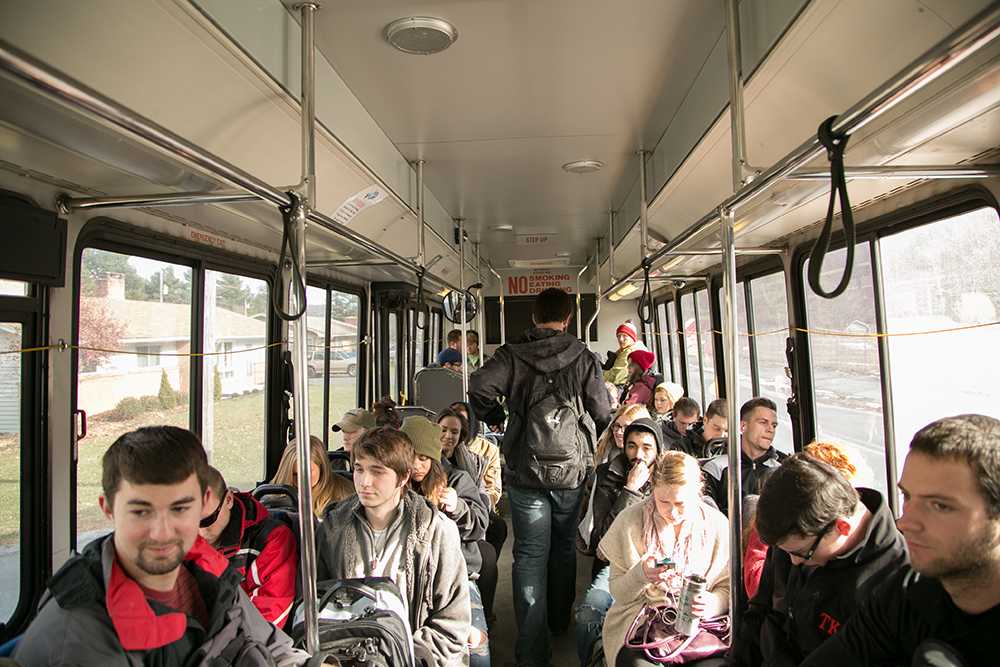 AppalCART authorities have approved a budget for the coming fiscal year allowing for an allocation of around $170,000 toward the local development of NextBus services, a smartphone application currently used in metropolitan areas across the country.

Left without a buyer, the currently popular student-developed app AsUBus will fall off the market when its Apple license expires at the end of the next school year.

AsUBus developer, senior computer science major Brian Clee, will be graduating in May. With hopes of going to graduate school out of state, he simply can’t afford to keep his free application going. As is, he has spent a couple thousand dollars of his own money to keep the app alive and functioning.

Broken down, this comes out to a $100 per year fee for licensing in the Apple Store as well as a monthly fee for servers, previously located in Clee’s dorm room and now hosted in Raleigh, to ensure the bus routes on the app stay up to date.

“It was just a funny situation – you would walk into a dorm room and there’s a cabinet with a ton of records inside it and on top there’s two giant server blades, which are loud, and then a fish next to it with my bed and my desk and all my computer stuff,” Clee said. “They sounded like airplanes when you turn them on.”

He also pays for a hosting service to house his code in case anything happens to his own computer, along with other routine services and labor costs.

For a while Clee said he was spending around 40 hours per week on the project, outside of class.

“I was more than interested in just selling the property, – all of the intellectual property – just giving them everything for a really good deal considering the 600 hours of work I put into it,” Clee said. “iOS developers in Charlotte get paid $98 an hour. Up here, they get $75. That’s a lot of money to develop what I had and I was willing to let it go for super cheap just to help me pay for grad school.”

Clee had always left the application free to download from the app store, despite the thousands of dollars in costs he has personally funneled into keeping the system going in the past couple of years.

“I did not make this app as a career or something to continue forever,” Clee said. “I made it as part of a course just to see if I could, and then people liked it so I kept working on it.”

He launched the app on September 6, 2012, without any advertising outside of his own department and the class for which the project was made. Five days later, he had 500 users and less than

a week after that, the number had risen to 1,000. There are currently around 9,000 users on campus, with about 3,000 of those students using the app daily.

Now that he has stopped paying his monthly fees, the app will slowly lose efficiency, starting next month.

AppalCART’s Transportation Director, Chris Turner, said AsUBus was never a commissioned project and is in no way associated with the bus system. On his end, the app mostly served to demonstrate a want within the community for a phone application.

“We went out for bids for that type of system and they responded to it,” Turner said of their decision to go with NextBus. “We had four firms that bid on it and we chose the one that we felt was best for our application.”

Although Clee did make attempts to license his own company to the university and AppalCART directly, Turner said his offer “falls into the trashcan as far as I’m concerned.”

Turner said he has had to fight to allocate the money towards any system of this kind, and that some members of the board thought it was a waste of money.

“If the majority of riders want it and they’re putting their transportation money into AppalCART, then we are obliged to create something they find useful for navigating the system,” Turner said.

Turner said the new app should be free for users and available by the time the current app falls off of the market.

The cost for AppalCART will be $40,000 per year to maintain the app and keep it running, which has not yet been written into the annual

budget. This comes from their capital budget, which is 80 percent federal, 10 percent state and 10 percent local, with some aspects of that offset by Appalachian’s student transportation fees.

The overall capital price range is in the area of $170,000, which goes toward putting in the transponder modules on each vehicle, which will send out the bus’s location and communicate with a server that NextBus owns. $20,000 of this also goes toward new electronic signs to be displayed in the College Street bus stop awning, announcing the arrival times of the different routes.

Last semester, before negotiations, Clee had asked a few other students to join in on the effort to expand the possibilities of the app to provide the same sorts of location services that NextBus will include, and started brainstorming about how to get around AppalCART’s lack of participation.

“I got them all because they are really flipping intelligent and saw all the possibilities to make this so much bigger with crowdsourcing and all of that,” Clee said. We got on a blackboard and drew a lot of this stuff out, but when all of this started happening I didn’t want to waste their time.”

Turner said AppalCART’s lack of an IT department means that rather than maintaining an application like Clee’s, they must instead essentially purchase an entire system off of the shelf.

Chairperson of the Computer Science Department James Wilkes said it doesn’t have to be like this. It could have been entirely possible, he said, for the same class that Clee first developed the app for to take on the yearly maintenance of AsUBus as an ongoing real-world educational project.

He proposed this through their existing “internal internship program,” AppSource, a place to work on public projects with students in a real-world learning experience, which would function at a much lower cost to AppalCART and the university.

“It seems to me, just in the spirit of entrepreneurship and local economic development, like this could be a great example that we could hold up as a success story, coming out of a student creating something in the class and on their own,” Wilkes said. “He took his own creativity and initiative to build this tool and I think a lot of our students are capable of doing that and should have the opportunity to do that.”

Wilkes said, however, he understands the application functions within a free market with its own rules and regulations, but he does not understand the barriers put up throughout the conversation.

There is currently no formal process to help facilitate this sort of dialogue between students and the university. Wilkes proposes that a business model that incorporates the process of commercialization of intellectual property be added into the university’s broader intellectual scope, outside of the business school.

“If nothing else, give them constructive interaction,” Wilkes said. “If they’re not going to use the app, then at least discuss it and use it as an opportunity to help him learn and gain some experience in dealing with this in the real world.”

Vice Chancellor for Business Affairs Greg Lovins also serves as Chair of the AppalCART Board of Directors. He said neither the university nor AppalCART owed any obligation to Clee, especially since the grant awarded to AppalCART by the North Carolina Department of Transportation had to be approved for a package deal in the time when conversations with Clee had only begun.

“I congratulate Brian on his ingenuity,” Lovins said. “Management felt like NextBus will offer better service and functionality to its customers.”

If nobody offers to purchase the app from Clee by the time he graduates, he plans on making all of the code entirely open source on GitHub, a popular programming portfolio website, under the General Public License, a type of open-source license that dictates that anyone who uses the code for a project must release their final product under the same license.

The massive amounts of meta-data Clee has collected – information on times that busses begin running late, which stops are most popular and which hours are most active, for example – could still be useful to the department.

“It blows my mind that AppalCART wasn’t interested in that,” Wilkes said. “To me, that’s marketing knowledge that you have about your own business that you didn’t already have – and it’s right there, and it’s free. You can make decisions to make your business more profitable, and it’s being handed to you. I don’t get it.”

Throughout the experience, Clee said he has mostly learned this is no longer what he wants to do with his life – the most rewarding experience for him, outside of helping the community, was presenting the project at two conferences at the state and national level.

Users of AsUBus can expect to see declines in functionality over the next few months. After it is removed from Apple’s App Store entirely, those who already have the app downloaded will still be able to use it, but it will not update any more.