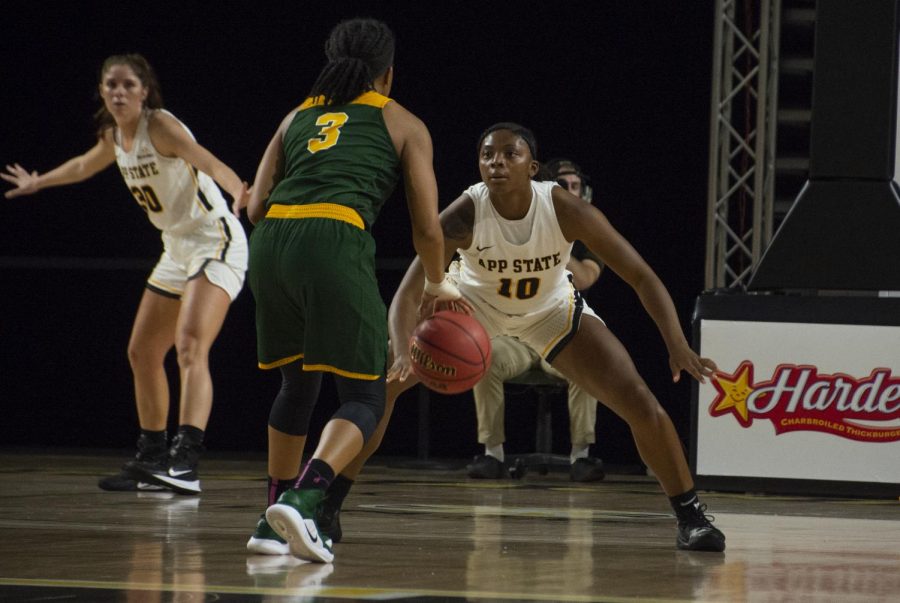 Junior guard Micheala Porter led the Mountaineers in scoring, efficiently shooting 4-7 from the field and 5-6 from the line to finish with a career-high 14 points.

After trailing 48-34 with just under 7 minutes left in the game, the Mountaineers caught momentum in transition, quickly going on an 11-0 run, and cutting the deficit to three points.

The Ragin’ Cajuns followed the run by hitting four-straight free throws, pushing the lead to seven with just over a minute left in regulation. The Mountaineers cut the deficit down to five, but were ultimately unable to catch up.

App State turned the ball over 10 times, the fewest amount of turnovers forced by Louisiana all season. The Mountaineers also shot an efficient 14-18 from the charity stripe.

The Mountaineers will host ULM on Saturday at 2 p.m. in the final home game of the season. The team will honor seniors Nicola Matthews, Kaila Craven, Armani Hampton, Polacek and Plummer.