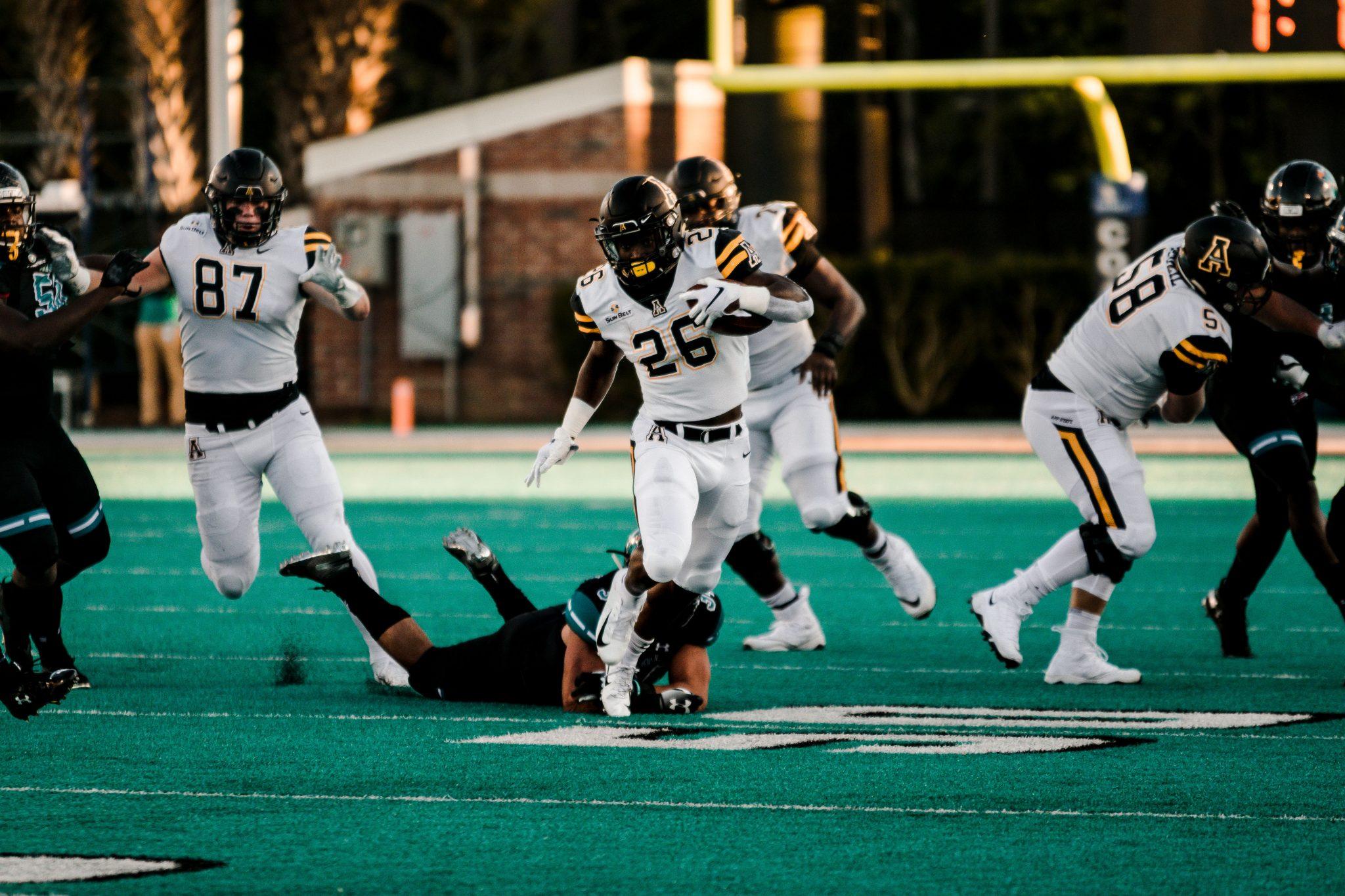 In its second-lowest scoring game of the year, the App State football team earned bowl eligibility for the fourth straight season after defeating the Coastal Carolina Chanticleers 23-7.

The win improves the Mountaineers’ overall record to 6-2 and their Sun Belt record to 4-1. App State remains undefeated against the Chanticleers all-time with a record of 5-0 and are now 1-0 at Brooks Stadium.

“I thought our guys came out really business-like,” head coach Scott Satterfield said. “In pregame you could just sense it. There wasn’t a lot of hoopla and talking.”

Redshirt sophomore quarterback Jacob Huesman made his debut as a starter against the Chanticleers as regular starter redshirt sophomore Zac Thomas remains out under concussion protocol. Huesman finished the day 9-19 in passing attempts for 127 yards and a touchdown, a 33-yard pass to redshirt sophomore receiver Corey Sutton.

“I thought he played pretty good overall,” Satterfield said. “He did some good things in the running game, threw a nice touchdown pass to Corey (Sutton). For his first start, he’s 1-0, I told him, ‘There’s a lot of great quarterbacks that didn’t start 1-0.’”

“At the beginning of the game, we both told ourselves, ‘Hey

Junior linebacker Jordan Fehr led the Mountaineers on defense, grabbing eight tackles, 3.5 tackles for losses and three sacks. This is the first time App State has had a player with three sacks in a single game since former Mountaineer Eric Boggs did in 2015. Because Coastal Carolina’s seven points came from a “pick-six” interception, App State’s defense shut out the Chanticleers offense.

“We had a lot of good opportunities up front today to kind of expose their offense line,” Fehr said. “Our biggest thing is get into that backfield and it starts up front so I was happy I was able to do that.”

“There’s four weeks left and anything can happen in four weeks,” Satterfield said. “I think if we just worry about Appalachian State football and take care of our business, then we’ll have an opportunity at the end of the season.”

App State gets back in action on Nov. 10 on the road against Texas State, their last regular season away game of the year, before coming back to Boone to finish out their schedule at home.