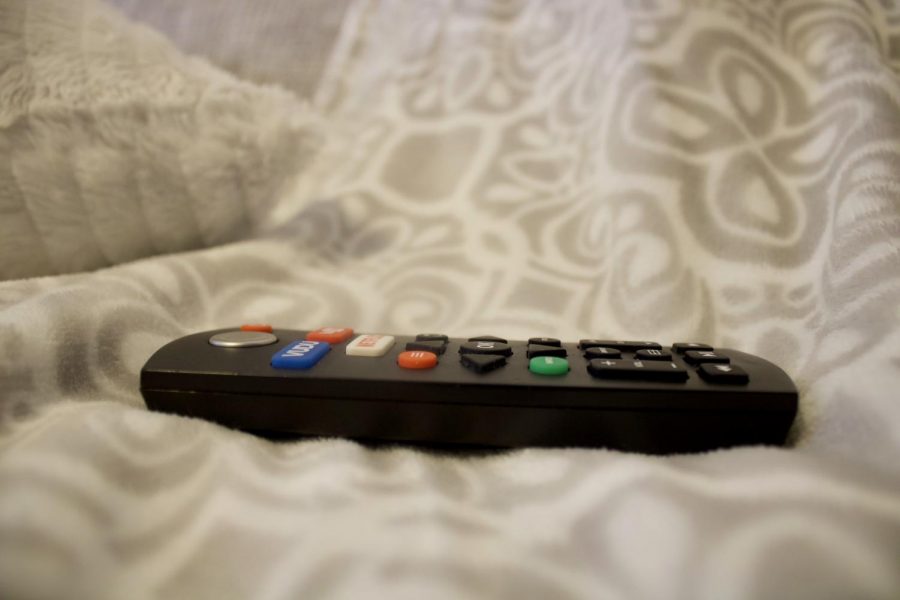 “Promising Young Woman” is available for rent on Amazon Prime Video and for purchase on Apple TV.

“Promising Young Woman” is an in-your-face, unapologetic thriller that offers a slightly reimagined take on the familiar genre of vigilante justice.

The film is about Cassie, a 30-year-old woman who dropped out of medical school after a traumatic event. She spends her days working at a coffee shop and her nights seeking revenge on predatory men at bars. Though the film is categorized as a thriller and dark comedy, the overarching themes are quite heavy.

During their time in college, Cassie’s friend Nina was sexually assaulted by one of their classmates at a party. After an inadequate investigation into the assault, the school and police took no action.

The sexual assault, worsened by the fact that everyone but Cassie brushed it off, led Nina to drop out of school. Cassie, her lifelong best friend, dropped out as well to take care of her. The movie makes clear that Nina died, though the circumstances of her death are never discussed.

The film was released in January 2020 at Sundance, an annual film festival typically hosted in Utah. Emerald Fennell directed the film starring Carey Mulligan. It became available to stream in the United States in January 2021 and still has a place in the spotlight over a year after its initial release.

Fennell was one of three women nominated for best director at this year’s Golden Globe Awards. Though the Golden Globe Awards have been around for over 70 years, only five women have been nominated for best director before this year. While Fennell has been a part of the film industry for years, director is not a role that most people are used to seeing her in. With the release of “Promising Young Woman” and her aforementioned nomination, that is likely to change.

The film’s nomination is not the only reason it has found its way into the public eye over a year after its initial release. Late last year, Carey Mulligan addressed a review published by Variety just after the film was released. The reviewer wrote that while Mulligan was a “fine actress,” the role seemed like it was initially intended for Margot Robbie, a producer of the film.

Many readers, including Mulligan herself, were outraged by the implication that Mulligan was not attractive enough to play this role. This review frustrated many readers, as the film was intended to empower women. Variety soon after added an editor’s note to the review apologizing to Mulligan for “minimizing her daring performance.”

Audiences anticipated the film long before its release and Fennell’s subsequent nomination, but between the explosive trailer and mixed receptions, some may still be reluctant to watch it.

From the synopsis, it’s easy to understand why some audiences may have been hesitant about watching the film right away. The trailer makes Cassie’s journey to seek revenge seem a lot more violent than it truly was.

Cassie took a route of fiery vigilante justice but used very little physical force in her process. Instead, she relied on the emotions of the people she was targeting, teaching them a lesson by forcing them to see things from another perspective. Cassie wanted everyone to see things from not only the eyes of Nina, but also the eyes of every woman who has been accused of “crying wolf,” as the film puts it.

A glaring problem with the narrative of this story is its failure to address sexual assault against men. While women may be more likely to be victims of sexual violence, that does not mean that men cannot be victims.

In that same breath, the movie fails to address the fact that women can also perpetrate this type of violence. Considering that this film is primarily about female empowerment, it is likely that Fennell wanted to focus on the specific scenario depicted. However, the film’s message would likely have been strengthened by at least mentioning the fact that sexual assault comes in all shapes and forms.

If for no other reason, Carey Mulligan’s performance alone is enough to make “Promising Young Woman” a must see. Mulligan truly masters every piece of this role, from the snarky but seemingly normal barista to the party-crashing, vengeful candy striper. On top of that, the film finds a nice balance between offering comedy and a tasteful approach to a serious issue. Overall, this film is well worth the watch and really sets the stage for Fennell’s career as a director.