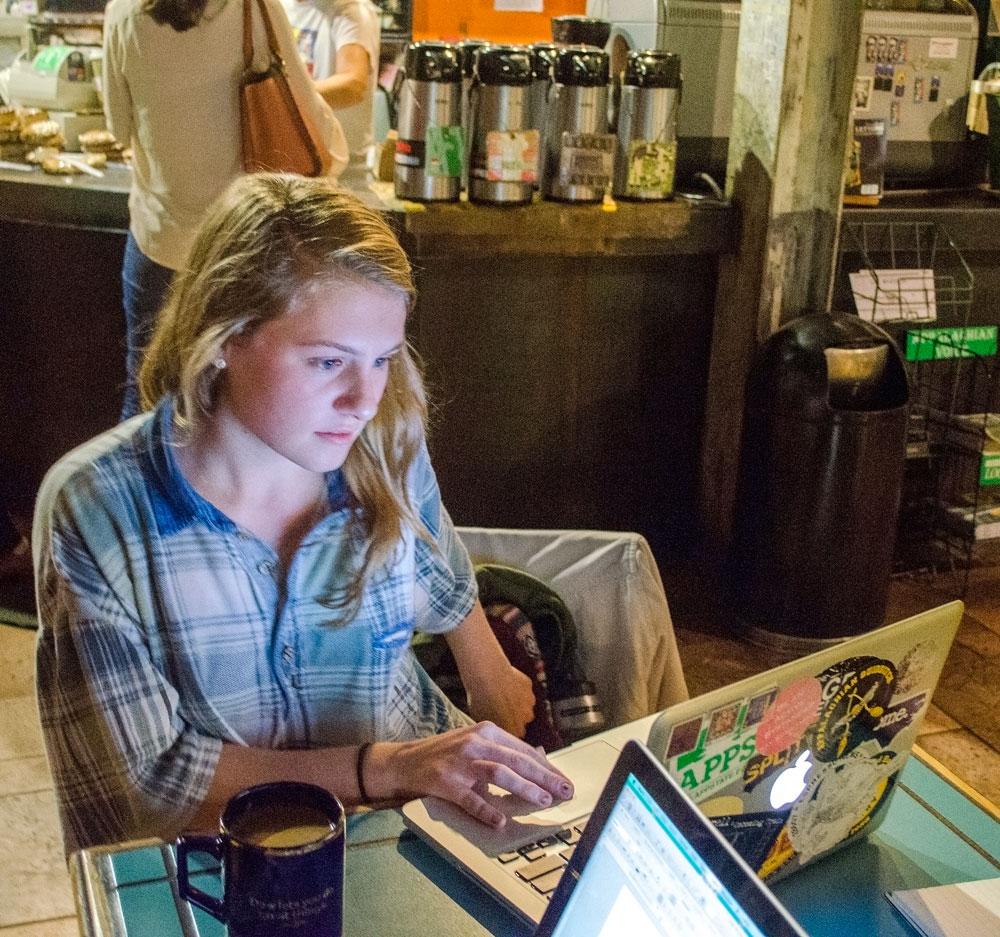 Kate Rhudy, a sophomore music therapy student, is a member of an intramural co-ed soccer team through University Recreation, but said she is dissatisfied with the “sexist” policies that come with playing co-ed sports through the university.

Rhudy, who said she has been playing soccer since she was a child, realized when she joined an intramural team at Appalachian

State University that the scoring policy for soccer is different based on whether a man or woman scores a goal.

While Rhudy’s initial main focus has been soccer, she said she plans on doing extensive research on the rules for other sports and hopefully will be able to abolish all of the she finds to be sexist, not just the ones in soccer.

For example, the rules for co-ed flag football, according to www.imsports.appstate.edu, state that a touchdown is normally worth six points, but when a touchdown is scored by a female or when a female throws a legal pass to any player on her team in the end zone, it is worth nine points.

Rhudy said these rules were put in place during a time when female participation in co-ed intramural sports was very low, so she believes they were implemented to increase female attendance.

“These rules haven’t been evaluated in 20 years and there might have been a reason to have them in the past, but they’re not relevant today,” Rhudy said. “It results in the development of a different game of soccer and it perpetuates a stereotypical gender rule.”

Rhudy’s problem with the rules is that they change the game. She said that women are put on offense because of the worth of their goals, and as a result, men are on defense.

“I just want the game to reflect fairness to both sexes and be the real game of soccer,” she said. “The strategy is not teamwork, but to play based on gender.”

Rhudy initially filed an informal complaint via email to University Recreation and was asked to show support of a rule change from fellow female players. She is now currently discussing with the Office of Equity, Diversity and Compliance the best way to go about achieving her goal.

“The plan is to convince them that the rule, while developed with a sincere intent to increase female participation, no longer serves a strong purpose and actually results in an instance of institutionalized sexism being perpetuated within our university,” Rhudy said. “The reinforcement of gender stereotypes and the playing of a game in which strategy and teamwork is being manipulated to the point where it no longer resembles the game.”

Title IX is a federal law passed in 1972 that prohibits discrimination based on sex in federally funded schools, including in its athletic programs.

“Title IX guarantees us the right to challenge discriminatory policies,” Rhudy said. “It not only can be applied to sports issues, but also cases of sexual harassment and sexual violence – both males and females are protected under it.”

Rhudy said she has received an “overwhelming” amount of support from fellow students. Future possibilities to show fellow student support includes a survey or a petition, she said.

Sunni Ryan, Rhudy’s teammate, said she supports Rhudy in her initiative to change the rules.

“Women do not need an incentive to play, we are athletically capable beings with an honest desire to compete alongside our male peers in an environment of equality,” Ryan said. “I personally do not want to be rewarded because I am perceived as weaker and less likely to score a goal, I want to play the game I love the way it was meant to be played.”

“Gender does not dictate skill, therefore, it is not a valid enough reason to change the way the game is played,” Ryan said. “Using girls strategically, by placing them in forward positions, for example, warps the sport and, honestly, makes me less eager to participate.”