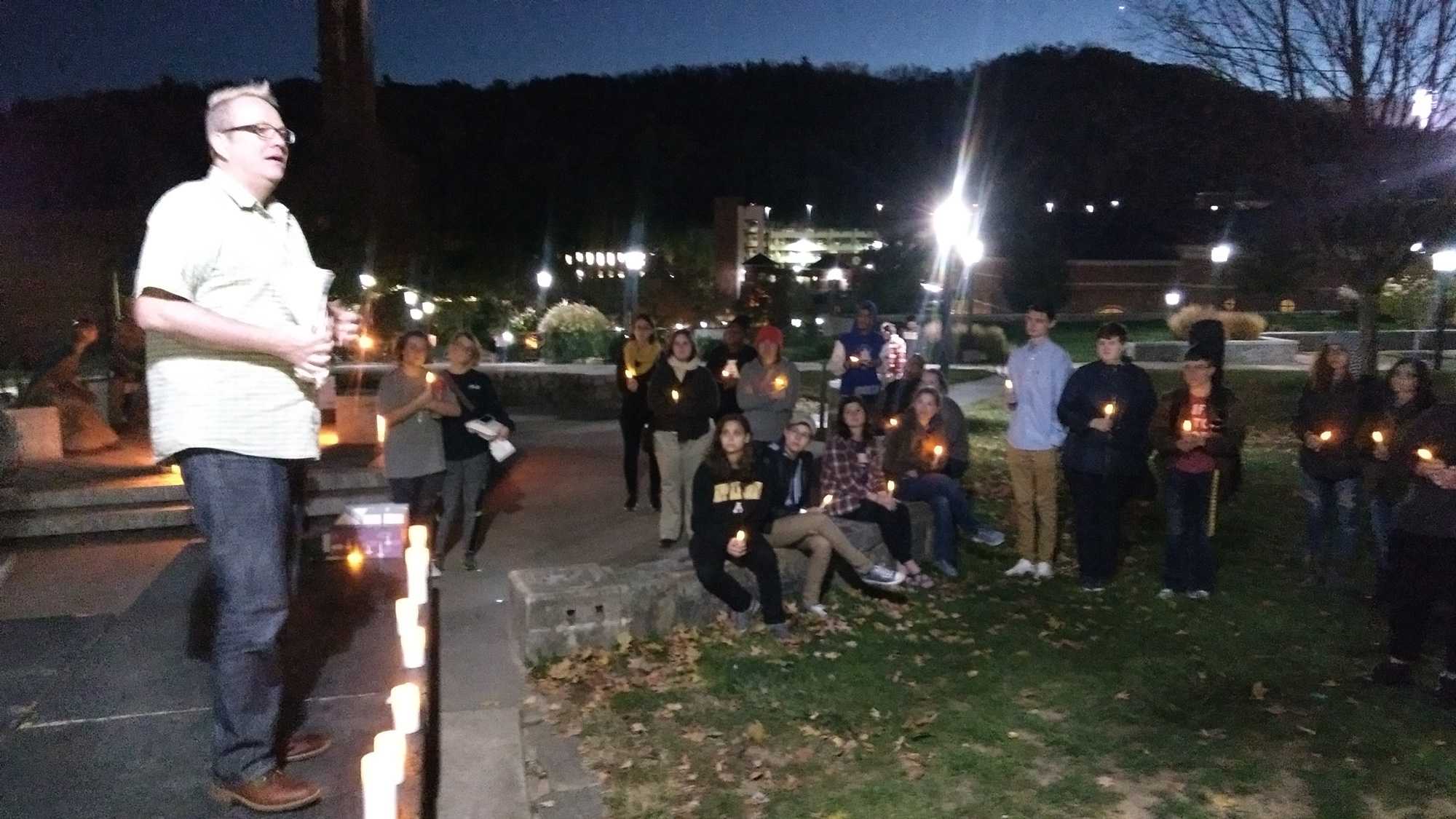 Last Monday the Henderson Springs LGBT Center held a candlelight vigil attended by over 30 people commemorating the lives lost in the LGBT community over the past year.

Standing on a makeshift stage on Sanford Mall the speakers offered stories of lost loved ones and then adjourned to the Multicultural Center to give mourners a break from the evening chill.

Jalyn Howard, president of the Student Government Association, said he spoke to remember the stories of those lost over the last year.

“I’m not a member of the community but it was great to hear those stories and also to commemorate and remember the people that we lost last year,” Howard said. “I mean I think that for everybody, even if you’re not a member of the LGBT community, it’s good to come out here and show support.”

Kelsey Jones, a sophomore English major, said she decided to attend for the first time because of how important the LGBT community at Appalachian has become to her over the last year.

“It’s important to know that you do have the rest of the community behind your back and it’s OK to feel like you’re able to cry, it’s OK if you cry at this event and it’s OK that you feel really, really emotional but you have to know that when you come out of it you’ll feel more liberated,” Jones said.

Carson Beam, administrative coordinator in the LGBT Center, said holding vigils for those lost is important because it lets other LGBT folks know they’re not alone.

Todd Carter, director of development at The Hospitality House, said he has come out to speak for the last few years and feels it’s very important to have events like this because of how difficult it can be to find a queer community in the High Country.

“If we’re not out here talking about it and being vocal about it then the bigot wins and I can’t ever let the bigot win,” Carter said. “The bigot causes kids to kill themselves, how can I stay silent?”

Carter said he spoke to the crowd about the importance of voting to inspire those in attendance to rid our legislature of the bigots that passed HB2.

“We can’t be silent, we have to keep going and we have to vote the bigots out,” Carter said. “It’s not hard, go to PSU starting on the 27th and vote.”