A decade of the LGBT Center brings reflection and changes 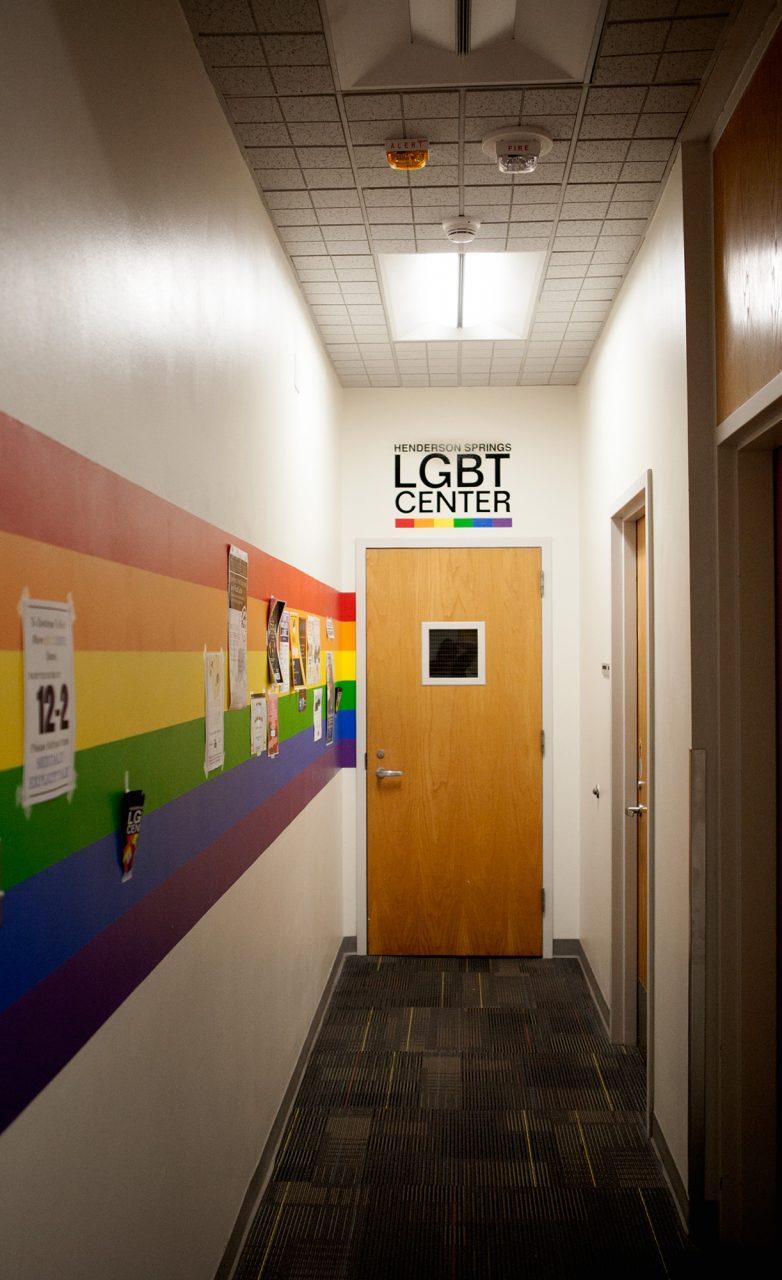 The Henderson Springs LGBT Center in the Student Union. The Center serves as a safe space and community-building hub for LGBTQ-identifying students at App State.

Nearly a decade after the Henderson Springs LGBT Center opened its doors for the first time, the center marks a time for reflection and novelty.

When it officially opened on Oct. 3, 2008, the center sought to “provide resources, support, information, and a welcoming atmosphere for LGBT individuals and their allies,” according to the LGBT center.

“It’s a place I can go especially when I’m not feeling my best, or when I’m in this place where I need support,” sophomore political science major and center volunteer Christian Brooks said.

Along with annual events, which  include Pride celebrations, annual candlelight vigils and celebrations in recognition of national awareness days, the center has also been part of specialized events in association with its affiliated clubs Sexuality and Gender Alliance, TransAction and A-SPEC.

In 2012, the center ran a petition against blood donation bans called “1,000 Signatures for 1,000 Pints.” The LGBT center also sponsored a staged reading of the play “8” in 2013 that chronicles the court case Perry v. Schwarzenegger, which regards same-sex marriage. In spring 2018, the LGBT center, with SAGA and the Appalachian Popular Programing Society, hosted headlining drag queen Shangela, who is esteemed for her appearance on “Ru Paul’s Drag Race.”

The LGBT center’s graduate assistant, Jake Reeves, a second-year graduate student studying college student development, has been participating in and around the center since 2015.

“The tenth year is probably one of the biggest things going on this year for sure,” Reeves said. This is a year we can make a lot of impact with the students.”

The center has not made many major changes in the past except for in 2014, when the center’s official name was changed to Henderson Springs LGBT Center. The name was originally only called the LGBT center but was changed in honor of benefactors and partners Bo Henderson and Ed Springs. Henderson is an alumnus from App State, and the couple live in Blowing Rock, where they have been supporting the App State community for over 17 years.

This year the center will redesign its logo.

“This is a great year to do it. The logo has been around for a long time and we want to give it a refresh,” Reeves said.

The center also hopes to rejuvenate their online presence.

Senior public broadcasting major Becky Parsons, who is a co-founder of A-SPEC, a club in recognition of asexuality and aromanticism, has participated in the center for six semesters. This year she will be running most of the center’s media outlets.

“We’re doing a lot of things to start to bring people in. Sometimes the scariest thing about the LGBT center is walking down the long rainbow hallway and not knowing who is going to be there,” Parsons said.

The center will also be helping to sponsor an updated version of Appalachian Allies, a program to inform students who are not part of the LGBT community on what it means to be supportive. The curriculum for the training programs hasn’t been updated since 2016. The new training will become available in the spring semester.

Some upcoming annual events that the LGBT center will host for the fall semester include APP Coming Out Day on Oct. 3, a candlelight vigil on Oct. 6, Asexuality Awareness Week on Oct. 21-27, HIV testing on Nov. 7 and Transgender Day of Remembrance on Nov. 20.

Featured Photo Caption: The Henderson Springs LGBT Center in the Student Union. The Center serves as a safe space and community-building hub for LGBTQ-identifying students at App State.