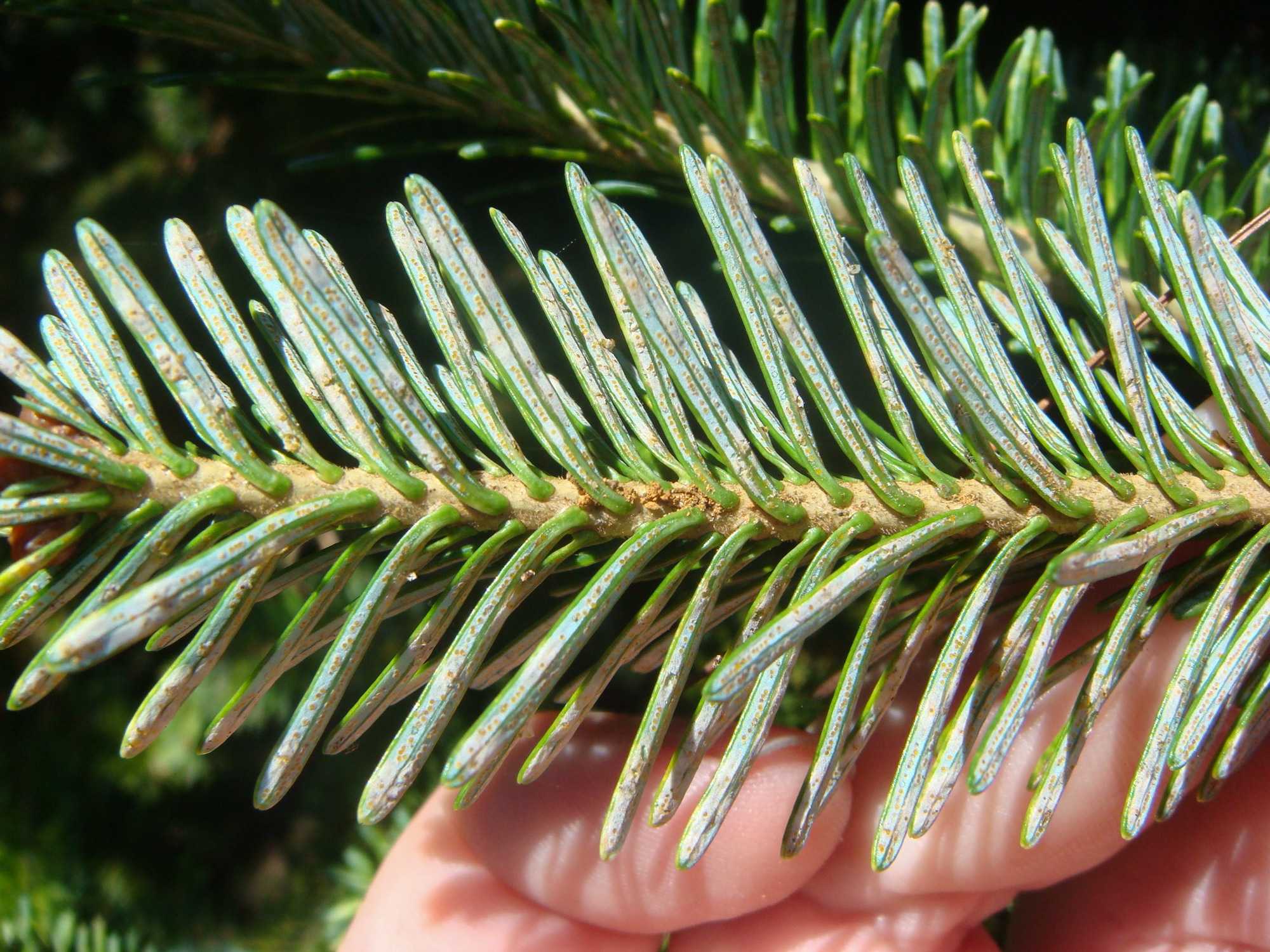 Christmas tree farmers’ crops across the High Country have come under recent attack from pests that originate overseas.

Cryptomeria and elongate hemlock scale, Asian emigres that cause big problems for Christmas tree farmers in the form of discoloration and defoliation are spreading across the state’s stock of the seasonal favorite.

Brad Edwards, program assistant with IPM, said when left unchecked the pests cause the trees to look a sickly splotchy yellow in the case of elongate hemlock scale and producing pockmarks that resemble a fried egg in the case of cryptomeria.

Joe Freeman, owner of Mistletoe Meadows, said visual defects like those caused by the invading insects hurt the tree’s value.

Edwards said that regular scouting for outbreaks and chopping down infected trees, rather than using pesticides, goes a long way in alleviating the problem.

Contending that indiscriminate fertilizer use can eliminate good pests, causing the true offenders to rebound next year and damage crops even more.

Edwards said the pests are so prevalent in the area because of abandoned fields that host the pests, providing a reservoir from which they can spread to local farms.

Sidebottom said there is little that can be done about pest infestations in those areas, which are largely private property left unattended.