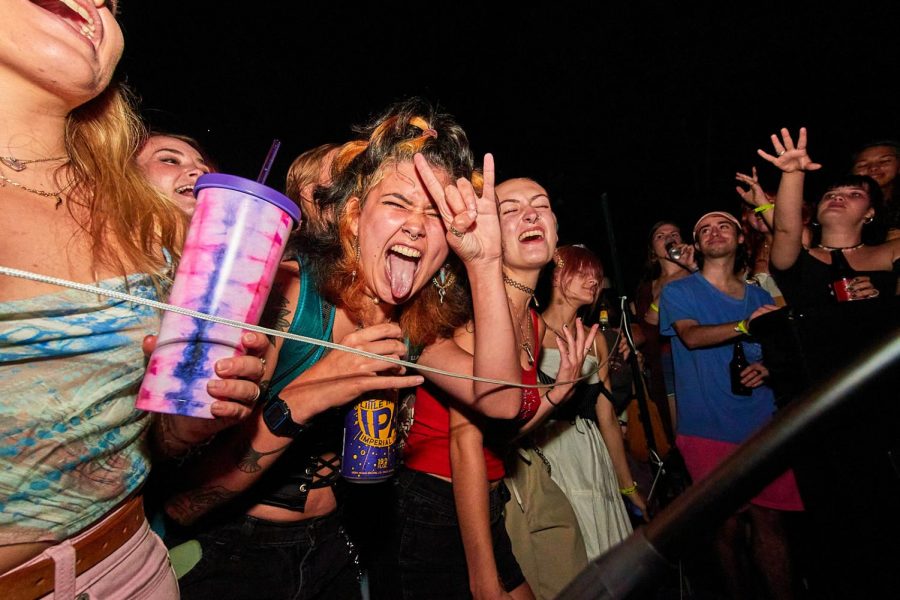 Boone saw a woman-only band music festival Aug. 26: Femme Fest. The festival was hosted by Draba, a local event platform, in partnership with local nonprofit OASIS. Half of the proceeds from the event were donated to OASIS. Everyone in attendance had to be fully vaccinated to attend the festival.

One summer concert was a change for Boone’s local music scene Aug. 26, not through sound but representation.

Femme Fest became one of the only female-dominated music events in Boone’s local music scene. The music show brought in a new level of excitement for the attendees, mainly to catch sight of the town’s first female-influenced event.

“I thought it was great that the show featured all female-identifying artists and performers. I’ve never been to an event like Femme Fest,” said Ben Throckmorton, an audience member.

The show was created and hosted by Draba, a platform for local events, businesses and culture. Femme Fest made its appearance at a local music venue, Hillside Shows, that overlooks the town’s grand mountains.

The event was dedicated to encouraging equality with local female bands and musicians, including Babe Haven, Ovary-Z, Josie and Cherry Etiquette, according to Draba’s Instagram page.

“You don’t hear much about female-dominated spaces especially in college,” said Karol Perez, an attendee at the event.

Perez believes that Femme Fest captured a part of Boone it doesn’t normally see since most of the town’s music industries are on the male-dominated side.

“It’s so awesome. Boone hasn’t seen something like this before,” said Della Penna, Babe Haven’s vocalist.

“We’ve gotten some interest from the LGBTQ+ communities from App State and Boone about facilitating more experiences that would be more inclusive to individuals,” Parker said.

He said one of the main goals of Femme Fest is to create spaces that are more inviting, start conversations, make people start a band, start new projects and meet their new best friends, especially outside of typical medians that aren’t commercial.

Babe Haven also said since Boone is known for its male-dominated music scene, it’s difficult for female bands to catch on.

“A struggle about being an all-female band is not being taken seriously,” said Yuan, Babe Haven’s guitarist and vocalist.

Cherry Etiquette shared the same problem with Babe Haven with being an all-female band in Boone.

“Sometimes we feel like we’re not a real band,” Dara Yates, guitarist and vocalist of Cherry Etiquette said.

As they performed their first live show at Femme Fest, Julia Lynn, bassist of Cherry Etiquette said at the end of the day, there are no rules to having fun and playing music.

She’s been singing since the age of three and grew a passion for music. Her music draws inspiration from bands like All Time Low and Blink-182.

After paying bands and venue, 50% of the Femme Fest proceeds went to OASIS, a nonprofit organization that helps against domestic abuse, sexual abuse and helping build a safe space for those in need. According to Draba’s Instagram, Femme Fest raised about $711 for OASIS.

The event and Hillside Shows required either a vaccination card or a negative COVID-19 test for the past 72 hours. Without

vaccination or a negative COVID test, attendees were not able to come in.

When the folks at the front selling tickets asked for vaccination verification or the negative test, Ben Throckmorton said it helped him feel a lot more confident in his decision to be there.

“I’m glad this show had safe precautions,” Perez said about the regulations.