Luke Combs concert rescheduled for May 2021 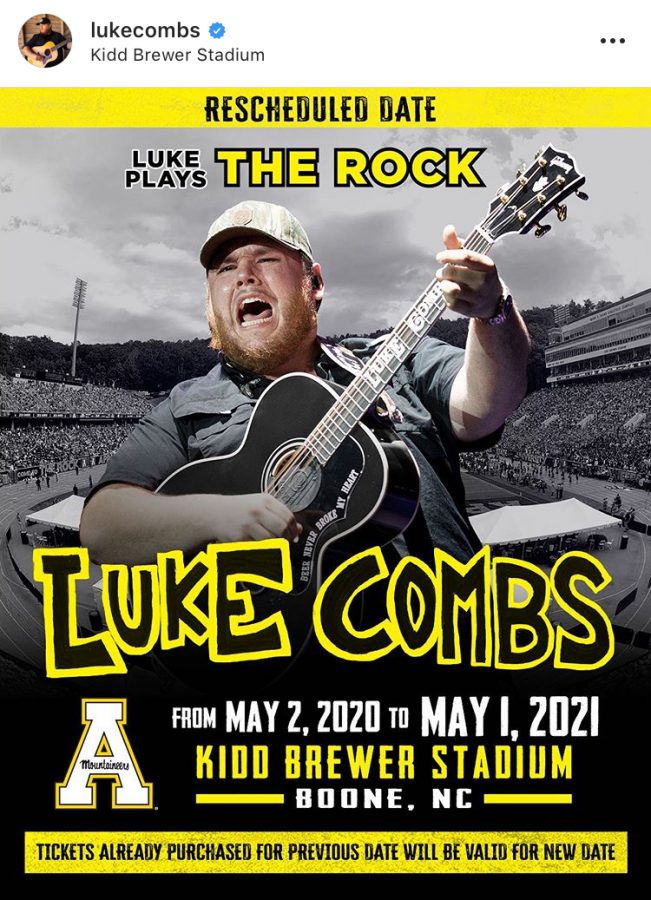 Luke Combs announced Wednesday that his concert at The Rock originally scheduled for May 2 is now rescheduled to May 1, 2021.

Combs posted a picture on Instagram of the changed dates with a caption that read, “This was going to be a dream come true and still will be one year later. I’ll see y’all then!”

Per Live Nation, App State Athletics announced that all ticket purchases will be honored for the rescheduled date.

The rescheduled performance is alongside Combs’ other “What You See is What You Get” tour dates, which were all moved from April toward the end of this year.

According to Live Nation, any ticket holders should reach out to point of purchase for further questions.