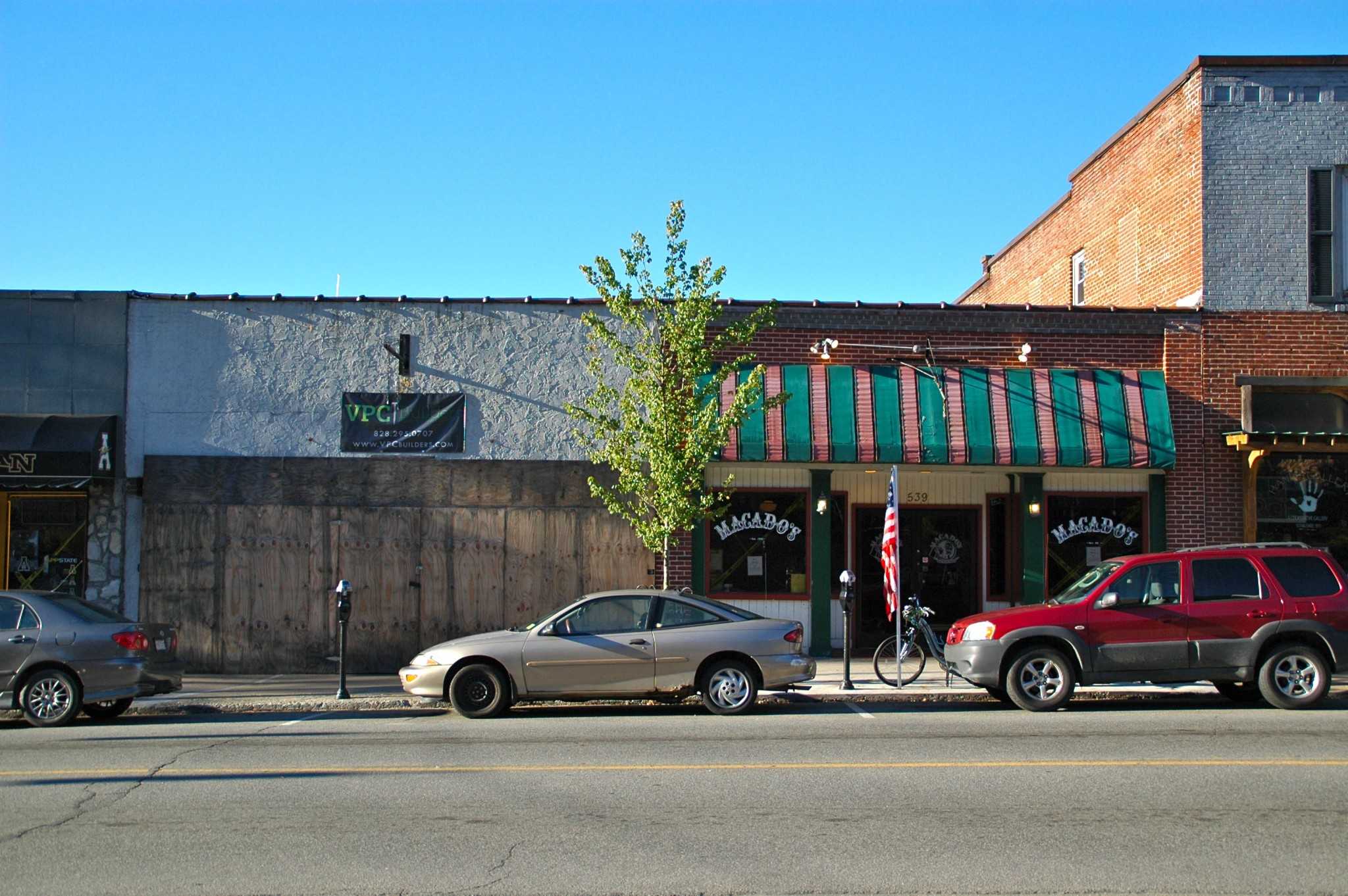 Macado's, a beloved restaurant on King's Street, is expanding into the building next door.

Located in the heart of downtown Boone, Macado’s opened in 1989 and offers a casual, pub style restaurant for families and college students alike.

The restaurant is currently in the process of expanding into the empty building next door, manager Burke Bailey said. The new portion of the restaurant is set to be fully functional by December.

The company took the initiative to finally move the restaurant forward in April of this year after the Town of Boone condemned the neighboring facility for “structural failures” that posed safety issues to customers.

A potential renovation has been rumored around town for years without any actual construction, bartender Chelsea Perry said. Perry said the subject is one that restaurant servers laugh off when inquiries from other workers are made.

“When I first started working here they told me they were going to expand,” Perry said. “I’ve seen more in the last few months than I’ve ever seen, but I’m not convinced that it’s going to be done any time soon.”

In recent years, the restaurant has received negative reviews from its diners, with a current three star rating on yelp.com. Bailey said the expansion is an opportunity to reorganize staff and become more competitive with the Boone restaurant scene.

“[The renovation] will give the students and people of Boone a fresh look at Macado’s because it’s been the same for 30 years, almost nothing has changed at all,” Bailey said. “It will make them take a second look at our establishment. We’ll be a contender again.”

The new renovation will bump the level of available customers from 160 to 300, Bailey said. Perry said the servers are mostly excited about the new bar area, which will be located on the new side with a horseshoe layout and 24 taps for draft beer.

There will also be a patio, outdoor tables and a garage style door. Current employee Kimberly Reese said this is exactly what Macado’s needs.

“This renovation is a chance for the restaurant to hire additional dedicated, long-term staff and improve on any negativity caused by former management,” they said.

Changes in management have also helped the restoration, Perry said. Since his arrival, he has implemented new rules for the staff to create a more organized, functional work place. Hiring more employees every week, Bailey is hoping to build a strong team to face the challenges of opening a new restaurant, he said.

Macado’s is currently known for interesting decor, which will not change in the new restoration, Bailey said. The current walls are a whirlwind of cinematic and historical references in the form of posters, photographs and advertisements.  The entire left wall of the dining area is a collage of classic movie posters, such as “Casablanca” and “Gone with the Wind.”

“I have a lot of people asking if they can buy stuff off the walls,” server Sydney Eckhardt said.